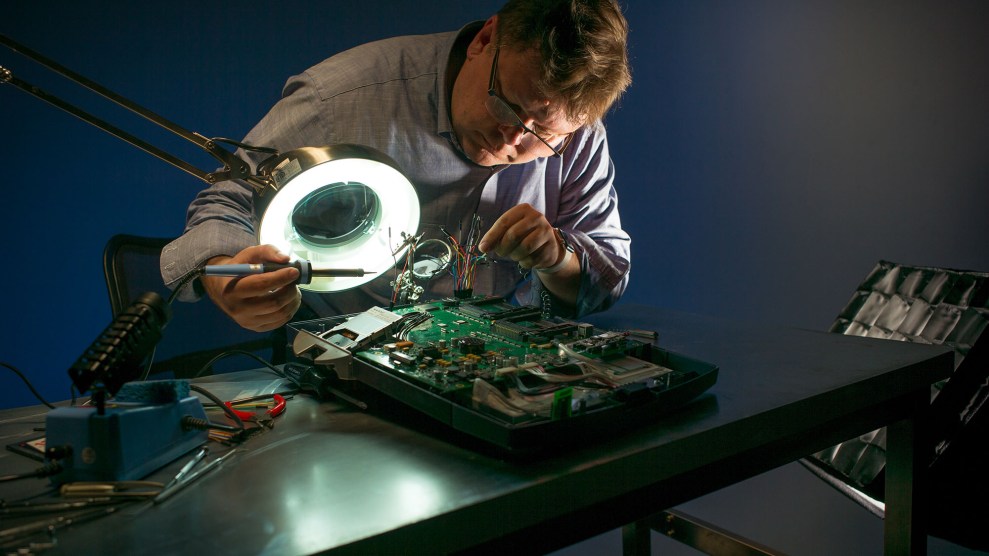 Not going out for a while? How about a scary movie?

Amid widespread concerns about election safety in a pandemic, on Thursday night, HBO will show a new documentary on a more familiar topic: election security. “Kill Chain: The Cyber War on America’s Elections,” which debuts on March 26 at 9pm eastern, argues that the Russian election meddling operation of 2016 was both worse than you probably remember and has likely never ended. The film links pieces of the last four years of the election security story into one long, troubling, and coherent chain of events that filmmaker Sarah Teale told me she found “terrifying,” and “very scary.”

Teale has followed the issue for more than a decade, going back to “Hacking Democracy,” a 2006 film she helped create to document voting machine hacking and irregularities following the 2000 and 2004 presidential elections. That film featured a scene showing a hacker named Harri Hursti demonstrating a vulnerability on a Diebold voting machine. For “Kill Chain,” Teale and her team worked for three years tracking Hursti’s work, who, as part of his mission to radically improve voting equipment by searching out its faults in coordination with election officials and other computer security experts, helped create the Voting Village at the annual DefCon hacker conference, where attendees try to hack and evaluate various types of voting machines.

“Kill Chain” also includes interviews with key national security officials like Michael Daniel, a former senior cybersecurity official in the Obama White House, and a trio of US Senators focused on election security: Democrats Amy Klobuchar, Mark Warner of Minnesota and Virginia, respectively, and James Lankford, a Republican from Oklahoma. Each warn about America’s fragile voting system and reiterate the seriousness of what happened in 2016, and what could happen going forward. Teale says all three lawmakers were knowledgable about the issue, noting that Klobuchar had urged Americans to consider the risk as an ongoing cyber war.

The film helps viewers who may generally know that the Russian government “meddled” in the 2016 election but haven’t followed the minutiae of election security developments understand that there have been several major incidents over the last several years. These include the scanning and probing of state election registration databases, but also lesser-discussed events like the breach of the Election Assistance Commission, where an apparent Russian hacker pilfered and sold access to a database maintained by a federal agency that maintains key details and data on most of the voting technology across the country. The film also features an interview with a hacker who claims he penetrated Alaska’s election website in 2016, and who says the access he obtained would have allowed him to alter votes.

Hursti told Mother Jones that one improvement since 2016 has been more states pushing for and adopting voter-verifiable paper trails. But at the same time the points to negative developments, like the widespread adoption of e-poll books, networked tablet devices used to check in voters but that can be vulnerable to attack. He says the general public will probably never know the full extent of what happened in the 2016 elections, and warns that 2020 could be a major target.

The way to improve election security, he says, is for the average voter to get more involved—by voting, by learning more, by taking part in election administration, and advocating for key reforms.

“This is not reason for apathy,” he said. “This is not a reason for [not voting] because you think your vote doesn’t count. More people vote, bigger are the volumes, harder it is to hide a fraud, especially [in down-ballot] races.” Also, he said, “become a poll worker, become part of the system, and try [to push] for risk-limiting audits and hand-marked paper ballots.”