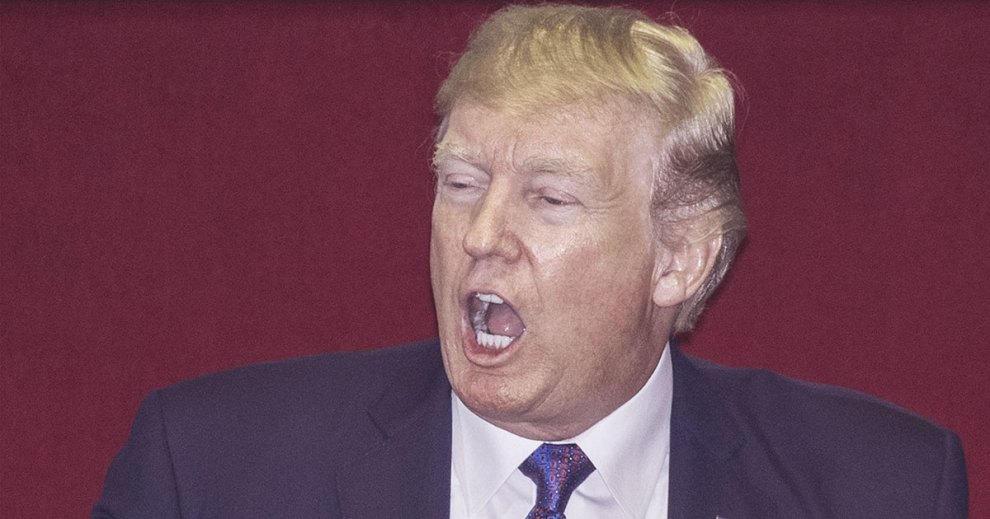 On Thursday, the Washington Post published a long profile of former Georgia gubernatorial candidate Stacey Abrams and her campaign to be Joe Biden’s VP. It included a photo by Dana Scruggs.

No, no, no…this ain't it @staceyabrams.

“Pandemonium ensues as she walks to the far left of the stage, like a runway supermodel, stops on a dime, poses, tilts her head slightly and smiles. Camera flashes explode.”https://t.co/TWMGQAJTuj

It took me a while to figure out what the hell this was even supposed to be, but after talking to some Top Scientists (ie some colleagues) it was explained to me that it is Joe Biden smelling her hair. (Get it? I’m very sorry if you get it.)

In the early days of the Trump presidency there was a regular refrain that you would hear from Resistance types. “This is not normal.” You don’t see it very much anymore because after almost 4 years what isn’t normal anymore? This. This is fucking insane. It is not normal for the president’s reelection campaign to post things like this.

Where did this image come from? Was it created by the campaign? (I reached out to them but haven’t heard back.) If I had to bet though I would guess this was something made by Trump’s “Keyboard Warriors” on Reddit or something. Just a few days ago Trump was celebrating these folks!

Thank you to all of my great Keyboard Warriors. You are better, and far more brilliant, than anyone on Madison Avenue (Ad Agencies). There is nobody like you!

Setting aside the fact that Donald Trump apparently doesn’t think his internet hive supporters have seen Mad Men, it is true that Trump & co. rely on media that bubbles up from his supporters online. There was the GIF he retweeted of him hitting Hillary Clinton with a golf ball, the one he tweeted of him attacking CNN at a wrestling event, the Kingsman video of him shooting journalists to death. One of his earliest controversies was when he tweeted an image with Nazis on it instead of American soldiers. These are memes that his team is pulling from the depths of the internet. Team Trump is very proud of them. Indeed, the memes have become central to how the right wing exists online.

But that doesn’t make it normal. It’s not. It’s insane!

I asked Biden about the drubbing he’s taking in the meme universe, in which he’s often portrayed as doddering and creepy. Biden laughed it off, claiming that “the vast majority of the voters out there, including young people, are not getting all their news from the internet.”

In the story, Hamby talks to Rob Flaherty, Joe Biden’s digital director. He asks about the worry that Biden losing the internet augurs poorly for his chances in November. Flaherty allays these worries: “The job of a digital person is to build the program that is a reflection of the person they work for.” That’s true, and Flaherty admits that in that sense, Trump’s digital campaign succeeds. It is a reflection of the candidate. “Trump is scammy as hell. He’s controversial and just sort of brazen. His program looks like that.”

Biden and Trump are very different people, but this is a very on the nose example of how different they are. Donald Trump has internet poison. He has been Very Online for a decade now and he thinks in tweets and chases the ADD dopamine hit of Likes and Retweets. If you are not Very Online, figuring out what the hell he is even talking about requires research and effort, a suspension of disbelief. Joe Biden is very much offline. Probably too much! And his candidacy is characterized by its unflinching focus on normal people. People who do not live in the high-strung land of pure imagination that is social media.

And so we have two competing theories of the election: Trump is not normal. His campaign shows that. That is how he thinks he won in 2016 and how he thinks he will win in 2020. Biden’s campaign argues that the former vice president is very much normal, and that normalcy is what normal people desperately want.

The question for November is: Whose theory is right?