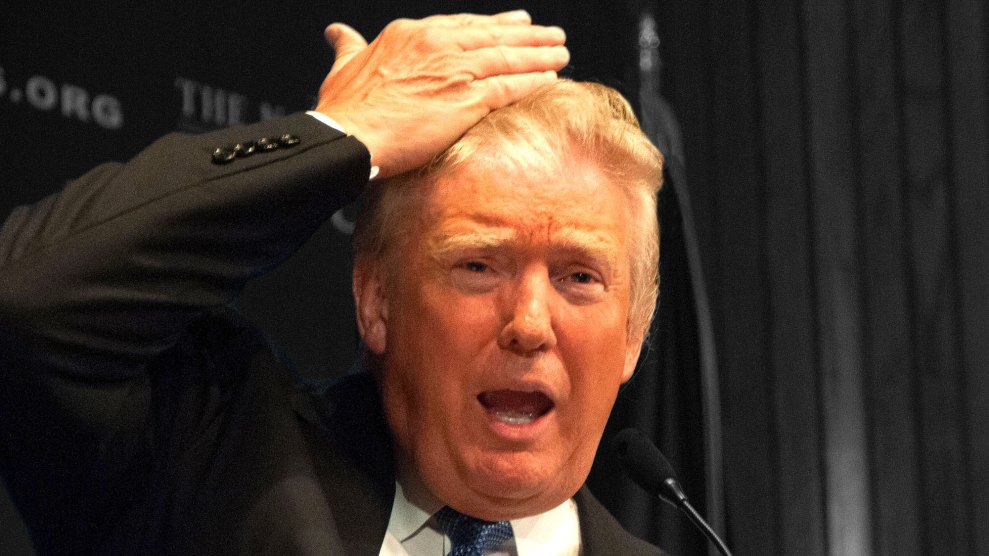 This post was originally published as part of “The Trump Files”—a collection of telling episodes, strange but true stories, and curious scenes from the life of our current President—on October 13, 2016.

Just as Donald Trump was preparing in 1990 to open the Trump Taj Mahal, a gargantuan Atlantic City casino that was supposed to become the crown jewel of his gambling empire, one man poured cold water all over the project.

That man was Marvin Roffman, a respected casino analyst at brokerage firm Janney Montgomery Scott. Two weeks before the casino was set to open in April 1990, Roffman told the Wall Street Journal that it would never succeed. Trump had financed the Taj’s construction with $675 million in high-interest junk bonds, and Roffman said the casino would have to do record-breaking business to keep up with the debt. Specifically, it would have to earn at least $1.3 million a day, something no casino had ever pulled off.

“When this property opens, he will have had so much free publicity he will break every record in the books in April, June, and July,” he told the Journal. “But once the cold winds blow from October to February, it won’t make it. The market just isn’t there.”

Trump, to say the least, was not happy. According to Washington Post reporters Michael Kranish and Marc Fisher, Roffman went to meet Robert Trump, Donald’s brother and a Taj executive, not knowing the Journal had published his comments just hours before. “Roffman found Robert Trump and extended his hand for a shake,” Kranish and Fisher wrote in their book, Trump Revealed. “Robert exploded. He said Roffman had stabbed the bondholders in the back. ‘Get the fuck off the property,’ Robert screamed. ‘Good-bye.'”

“I mean, every word out of his mouth was a four-letter word,” Roffman recalled.

Donald went much further in his rage. He called both Roffman and his boss and sent Janney Montgomery Scott a letter saying he would “institute a major lawsuit” unless Roffman retracted his comments. Roffman at first signed an apology, but he recanted the next day. Roffman was promptly fired, although the firm claimed to the New York Times it had nothing to do with Trump.

Roffman was out of a job, but he was immediately proven right about the Taj—and it didn’t even take until the fall. Within its first three months, the Associated Press reported, the Taj lost $14 million. Trump defaulted on the casino’s debt in November 1990, just six months after it opened, and gave up 50 percent of its ownership to his creditors during bankruptcy proceedings the next year. And Roffman had one final laugh: He won a $750,000 wrongful-dismissal lawsuit in 1991.