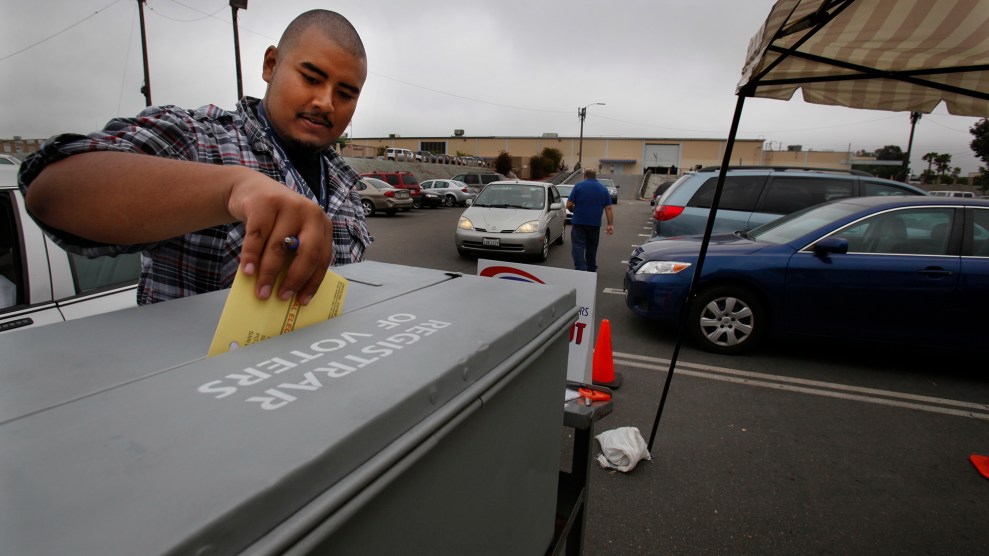 With the frequency and fervency that President Donald Trump and his supporters talk about supposed rampant mail voting fraud, one would think it would be fairly easy for them to put forward some evidence. Well, maybe not so much.

A federal judge in Pennsylvania gave the Trump campaign the opportunity to do just that recently, and it turned over a whole lot of nothing.

Here’s what happened, according to the Philadelphia Inquirer: In June the Trump campaign and the Republican National Committee filed a lawsuit alleging that allowing Pennsylvania voters to deposit mail ballots in official drop boxes would violate law requiring they be returned to local election offices. Drop boxes, the campaign argued, would allow “illegal absent and mail-in voting, ballot harvesting, and other fraud to occur and/or go undetected, and will result in dilution of validly cast ballots.”

The Trump campaign also alleged the boxes “provide fraudsters an easy opportunity to engage in ballot harvesting, manipulate or destroy ballots, manufacture duplicitous votes, and sow chaos,” and that the “threat” created by the actions of the state and the counties “was on full display” in the state’s June 2 primary.

Lawyers opposing the suit asked the court to force the campaign to provide evidence of its claims. Judge J. Nicholas Ranjan, a Trump appointee, agreed and on August 13 ordered the campaign to “produce such evidence in their possession, and if they have none, state as much.”

Instead of bucking up and taking the latter way out, the Trump campaign submitted 524 pages of utterly irrelevant documents to opposing legal counsel, first reported Thursday by the Intercept and Type Investigations. The mix includes copies of applications the Trump campaign submitted to register pollwatchers, a series of unfilled public requests to counties inquiring about mail ballot procedures, and printouts of a few news stories from Philadelphia discussing isolated election fraud convictions—none of which are about drop boxes.

A Trump campaign official listed in the document did not respond to a request for comment about the filing or how the documents included relate to the case. In written answers to the judge’s request obtained by Mother Jones, the campaign said that they never alleged that ballot harvesting, manipulating and destroying ballots, or voter fraud from mail-in or absentee ballots had ever actually occurred during the primary—just that there was an opportunity for those things to happen.

“What they’re doing is just speculating,” says Sarah Brannon, the managing attorney for the ACLU’s Voting Rights Project, and an attorney on the case. “Their goal is to get a court order that bans the use of drop boxes by any county.”

The campaign’s lawsuit trying to stop drop boxes is just one of dozens that Trump and his supporters have filed in as many states that would make it harder for people to vote as part of the Republican National Committee’s $20 million budget to fight broader voter access as a result of the pandemic.