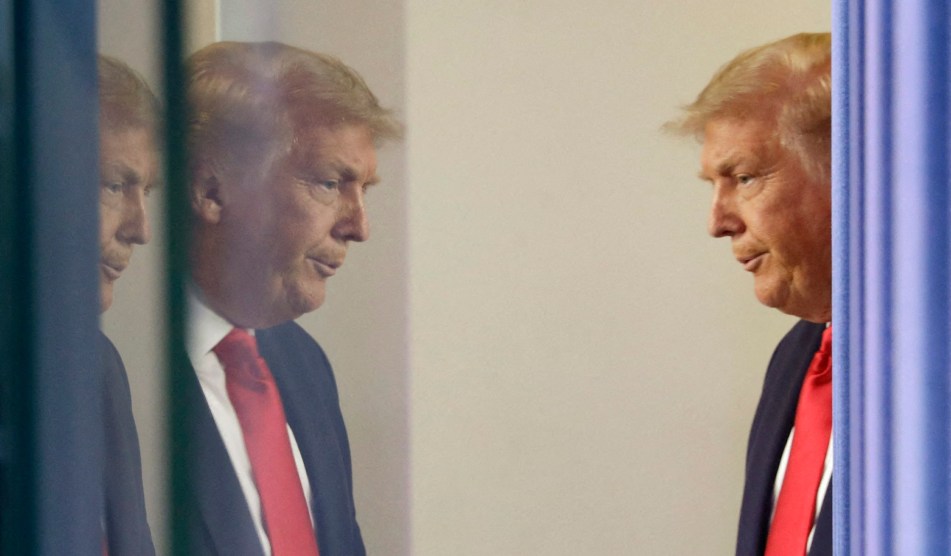 He knew. Before the president went to a fundraiser Thursday in New Jersey with some 150 close donors—where, it seems, masks were less visible than gaudy shows of money—Trump knew that he potentially had the coronavirus. It just seems he didn’t care. Hope Hicks, a close aide, had already tested positive when he flew in. Trump went to raise money anyway. And in the meantime, he tried to hide from the press that Hicks even had the coronavirus at all. Like a child—like himself just a few months ago—he hoped, like magic, it would all “go away.”

Late last night, we learned that Trump tested positive for the coronavirus.

But don’t let the surprise or shock of that news allow you to miss the massive scandal here: Trump knew he could have the coronavirus, that he was in fact exposed to someone who had already been confirmed to have it, yet he still did a slew of things that could very obviously risk spreading the plague that has killed more than 200,000 Americans, all to raise some money for his reelection.

It feels like you could say this almost every week, but really, this is arguably the biggest scandal of a presidency riddled with scandals. Because on its face, it is horrific, but is a perfect encapsulation of the administration’s entire pandemic response too.

If you had a friend who did what Trump did, wouldn’t you be absolutely furious? If they traveled to meet you, shook your hand, or even did something like hang out in the park after someone they were in close contact with contracted COVID-19? This is heinous behavior! It’s everything we know to not do. These are the most basic of points that are hammered into us. But as the president and his allies ignore those rules, and even flout them, we all have our lives upended.

It gets worse than just knowing Hicks was sick. Trump should have known twice over to not be traveling and seeing people. RNC chair Ronna McDaniel revealed today she tested positive for the coronavirus on Wednesday. She was last with Trump, according to Politico, late last week. Politico said it was not clear when she alerted the White House. Okay, maybe she didn’t tell the White House immediately despite the fact we all know by now how crucial contact tracing is. Or, she did, and then the White House still carried on business as usual? Either way, it’s a disgrace.

And it was dangerous.

In fact, we’ve already seen that more Republicans beyond Hicks and the Trumps are sick. Just last week, many party bigwigs got together to nominate a Supreme Court justice—close to an election, hypocritically—and a slew of Republicans hugged, kissed, and kibitzed outside sans masks.

I am sorry to be blunt here. But, looking back, of course this happened. They’re ignoring all the rules we know help stop the spread! And now it’s causing havoc in their tiny, elite sphere. Sen. Mike Lee (R-Utah) has tested positive; the president of Notre Dame Reverend John I. Jenkins has tested positive as well. They were both in the Rose Garden. It’d be no surprise if this starts to look like a superspreader event. Recent research, highlighted by Zeynep Tufekci, has noted that the problem we have, at the moment, is that only a few of the cases overall lead to mass spreads of the virus. It’s almost like a Greek tragedy: The Trump administration’s own policies playing out in his inner circle. Because he wanted money, he wanted reelection, and he wanted power. He wanted to do whatever he wanted to do.

But will any of this change anyone’s behavior?

Mark Meadows, Trump’s chief of staff, took questions without a mask this morning on the lawn. So, probably not.