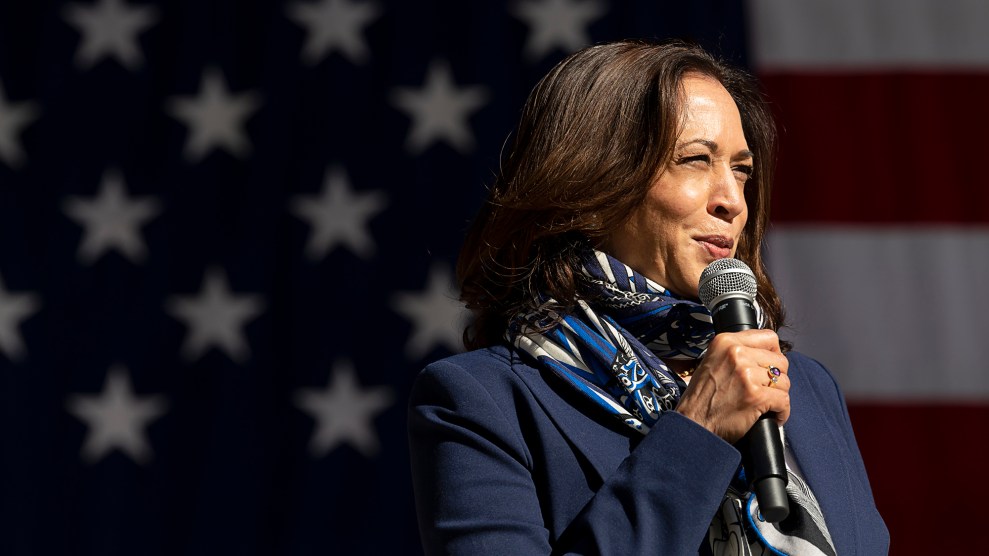 Joaquin Castro called it on Sunday. “If there’s one place in Texas” that Joe Biden should visit in the campaign’s final days, the San Antonio Democratic congressman tweeted, “it’s the Rio Grande Valley.”

If there’s one place in Texas that I would have @JoeBiden visit during the final stretch it’s the Rio Grande Valley. #RGV #BidenHarris2020

(I say that even as a proud San Antonian)

Biden isn’t coming to Texas, but on Friday, his running mate, California Sen. Kamala Harris, is, holding three events in a state that’s already surpassed its 2016 turnout. Polls show a tight race in Texas, where Democrats lost a handful of statewide races by low single digits two years ago, and where the party has increasingly consolidated support in major cities and suburban counties. Each of Harris’ stops tells a story. She’ll be in Houston (where the Democratic county government is keeping the polls open for 36 hours straight); Fort Worth (in Tarrant County, which is close to a statewide bellwether); and McAllen—in the heart of the Rio Grande Valley.

The RGV, as it’s known, encompasses four largely Mexican-American counties at the southernmost tip of the state, stretching from the Gulf of Mexico to just past McAllen. It has been a reliably blue stronghold even in the state’s reddest days, but it’s home to far fewer voters overall than any of the major metro areas where Democratic gains have been concentrated since 2016, and there are no big down-ballot legislative races to otherwise drive turnout and engagement.

But for that reason, it also represents a major opportunity. Turnout there has always lagged considerably behind the rest of the state. And this year, while Democrats have smashed early-vote records in places like Houston and the suburbs of Austin, turnout in McAllen’s Hidalgo County, Brownsville’s Cameron County, and Laredo’s Webb County (not the Valley, but just up the road in South Texas) continues to lag far behind other Democratic vote centers. The vote ceiling might not be as high as other places because of its size, but the vote floor is pretty low—so there’s a lot of elasticity.

“Never in my lifetime have you seen somebody on the ticket the same week of election actually come down to South Texas,” said Danny Diaz, who is running the get-out-the-vote program for La Unión del Pueblo Entero (LUPE), a non-partisan organization which is targeting 250,000 low-propensity voters in the Rio Grande Valley. He added, “As activists down here, we’ve always sort of screamed into the void like, ‘Hey, we need more attention!’ We need the political parties, the Democratic Party to invest in this area to highlight this area a little bit more to get to make voters feel like like they’re being heard, like they’re being paid attention to.”

Harris’ appearances (she’ll also be holding a private event in nearby Edinburg, where her husband, Douglas Emhoff, visited earlier this month) are “turning a lot of heads,” he says. “A lot of people are surprised that this is actually happening.”

Trump has slightly improved on his 2016 showing among Latinx voters in Texas according to some surveys, and organizers in swing states have warned this year that Biden’s outreach to Latinx communities has at times been lagging. But in Diaz’s view, the turnout figures in the Valley are a more systemic problem.

“When the government has been under-investing in an area drastically compared to the rest of the state, the community reacts. Their view of politics and government gets jaded,” he said. “When you have an area where more than a third of the people are under-insured or don’t have insurance, when there’s a lot of police presence and militarization, it’s almost like it’s generation over generation or generation, people had just kind of given up.”

Harris’ visit, then, is a big deal, and perhaps the clearest indication that the state truly could flip Democratic this year. Campaigns don’t just make these decisions for fun. For a candidate to travel to such a small market so late, they have to think the race really might come down to places like McAllen. After decades in the wilderness, Texas Democrats are no longer going it alone; the state has become a magnet for national grassroots energy and donors, and when candidates show up, it’s not just to raise money in River Oaks. For years organizers in the state have tried to make the case that they’re the future. That future is finally here.

But as Jessica Cisneros, whose campaign for Congress Diaz managed this year, put it, just showing up in election season—if that’s all it is—creates its own kind of cynicism.

If you want high voter turnout next time, continue to invest. Don’t stop in Nov.

Being taken for granted creates cynicism.

The long-term measure of Democrats’ commitment won’t come on Friday or Tuesday. Building a stronger political culture in  places like the RGV means showing up and delivering for residents after November, too.