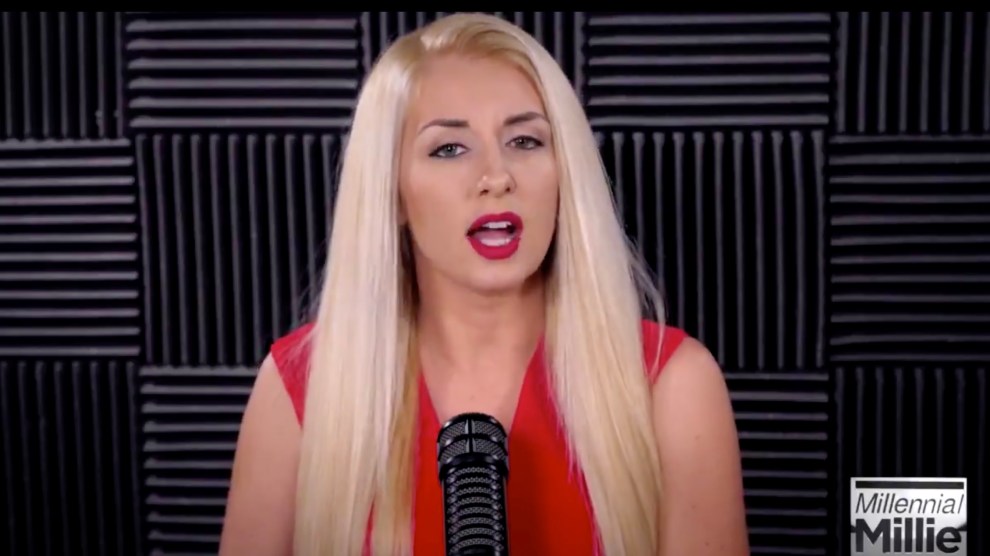 If a segment of right-wing internet stars is to be believed, Democrats are planning to both rig today’s election and then launch a coup. Never you mind that stealing the election from Trump and launching a coup would probably mean overthrowing Joe Biden. A conspiratorial set of extremely online conservatives is certain it’s going to happen.

Millie Weaver, a former InfoWars correspondent, has said as much in a video she posted Thursday night on Twitter. Boasting of “exclusive video footage” she confidently claims to have obtained from “inside zoom chats” that purportedly records local activists in Washington, DC, coordinating “a multi-level coup action exercise utilizing insider help from Democrat party members, as well as federal employees and intelligence contractors.”

Weaver appears to have posted a deceptive cut of the footage taken from the organizers’ Zoom chat. Though the organizers mention using the term “coup,” the video is cut out of context so that it’s not clear what they’re referring to. Their Twitter activity suggests that they use the term to refer to actions that Trump may take to stay in power against the will of voters.

Weaver has similarly tweeted other unsourced claims about “leftist” plans to use ‘“peaceful protesters” acting as shields for armed rioters “in an insurrection/coup.”

Weaver has a poor track record when relaying details from inside supposedly exclusive internet spaces. In March 2019, for example, she claimed to have gained exclusive access to a “leftist troll farm” when she made a video about a publicly accessible chat for Andrew Yang supporters, who drew backing from center left and libertarian spaces.

Fringe, right-wing grifters operating online have been pushing similar conspiracies about a left-wing coup for at least the last month and a half, as documented by Vox and the New York Times. One of the earliest, most prominent examples of the claim was pushed by Michael Anton, previously a national security aide to President Trump, published a September 4 article on the American Mind, a conservative site, titled “The Coming Coup.” As of Tuesday, it had been shared over 50,000 times on Facebook, reaching some 3 million accounts, according to the Facebook-owned social media analytics site, Crowdtangle.

The biggest cause for concern that America’s democratic order could be upended has, of course, come from Trump. The president has generally declined to say that he would willing accept the results of the election if he were defeated, and has teased the idea of declaring victory even before results in key states are counted.