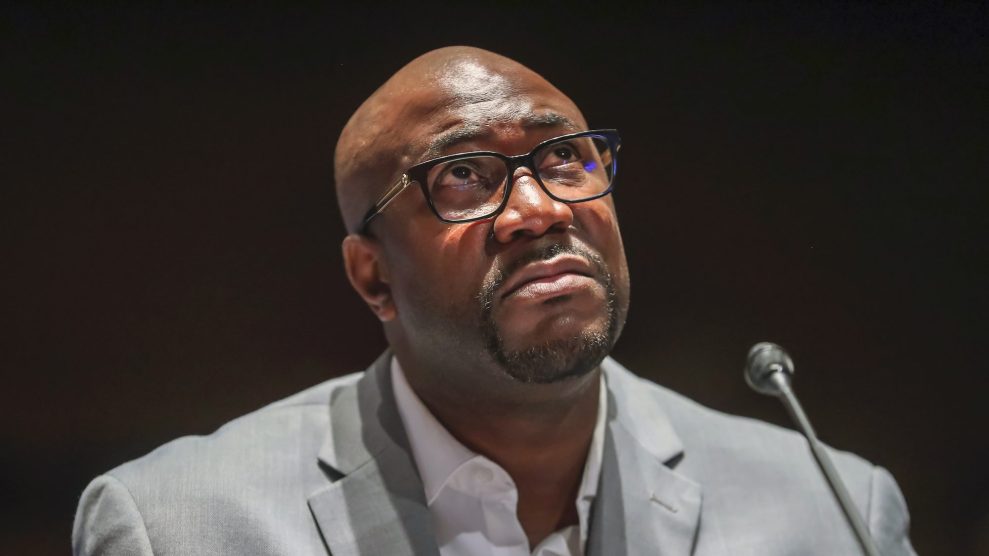 Less than a day after speaking at the funeral of his older brother, George Floyd—an unarmed black man who was killed by Minneapolis police—Philonise Floyd arrived on Capitol Hill to relive the same tragedy. On Wednesday morning, he was the first witness to offer testimony to the House Judiciary Committee, which held a hearing on policing and racism, largely in response to George’s Floyd’s death and the massive protests it sparked.

WATCH: Powerful testimony from Philonise Floyd, the brother of George Floyd, who was killed by Minneapolis police officers on May 25, 2020 before @HouseJudiciary for hearing on Policing Practices and Law Enforcement Accountability: pic.twitter.com/WAG7ftlPup

Those protests have become a worldwide phenomenon, but that’s rarely the case when someone is killed by police. According the Washington Post, about 1,000 people are killed by police annually in the United States, including 463 so far in 2020. “I’m here to ask you to make it stop,” Philonise Floyd said.

For 5 minutes that went from stoic to emotional, Philonise Floyd spoke of the void left behind by his brother’s death—and of being “robbed” of the chance to say goodbye.

Part of what made George Floyd’s death so powerful, Philonise Floyd pointed out, is also what made it so painful: Its entirety was captured on camera. “I can’t tell you the kind of pain you feel when you watch something like that,” he said. “When you watch your big brother, who you looked up to your whole entire life die? Die begging for his mom?”

Philonise Floyd called his brother a “gentle giant” who “didn’t deserve to die over $20.” During his his remarks, he also asked the committee to hold the police accountable for their role in the death of unarmed black men and to instill in law enforcement a sense of empathy and respect necessary for the institution to be a force of good. “The people marching in the streets are telling you, enough is enough,” he said.

As a final beat, Philonise Floyd turned to the power of legacy. His brother’s death has in some ways been immortalized in the annals of criminal justice, and it could come to mean even more—if Congress acts.

“George’s name means something. You have the opportunity here, today, to make your names mean something, too,” he said. “If his death ends up changing the world for the better, and I think it will, then he died as he lived. It is on you to make sure his death is not in vain.”