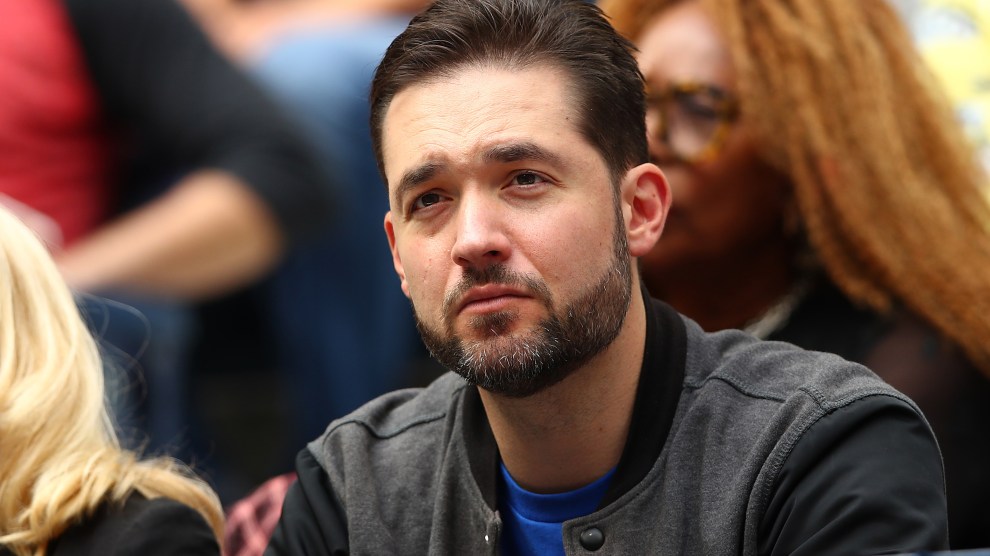 On Friday, Alexis Ohanian, one of Reddit’s co-founders, said that he’s stepping down from the site’s board because it is “the right thing.” He wants the company to appoint a Black board member in his place.

I co-founded @reddit 15 years ago to help people find community and a sense of belonging.⁰

It is long overdue to do the right thing. I’m doing this for me, for my family, and for my country.

“It is long overdue” Ohanian said. “I’m doing this for me, for my family, and for my country. I’m writing this as a father who needs to be able to answer his black daughter when she asks: ‘What did you do?’”

He also committed to giving $1 million to Colin Kaepernick’s Know Your Rights Camp as well as donating “future gains” in his Reddit stock “to serve the black community, chiefly to curb racial hate.”

Ohanian’s quest for absolution is vague. He doesn’t specify the source of whatever guilt he is expiating here, nor any specific injustice that he contributed to that might explain what his departure is fixing. We’re left to guess.

There at least a few things that have gone wrong in Ohanian’s time that he might be feeling bad about:

To journalists about to write pieces praising @alexisohanian, please include these facts about his legacy at Reddit

One of his biggest missteps was his failure to do anything as his platform became an incubator for some of the most toxic, extreme communities online. During Gamergate, Ohanian, et al., more or less stood by as their platform became an organizing tool for vicious right-wing trolls who were aggressively harassing women in the gaming industry under the ridiculous guise of caring about “ethics in gaming journalism.”

Gamergate is often cited as a turning point in the internet culture wars, a moment when it became clear that the warped trolls weren’t just posting for the “lulz”—they were actually sexist and racist bigots who were eager to terrorize people. To this day, the “almost-official GamerGate subreddit” sits unbanned on Reddit, despite having been a hub for the movement.

Ohanian and Reddit were also slow to address other virulent communities of hate on the platform. The site and platform eventually did take action on some of the worst communities, banning subreddits like r/CringeAnarchy, which spread depressingly gross, incendiary content in the aftermath of the New Zealand Christchurch shooting.

He and the company also stood idly by as r/The_Donald, a subreddit featuring Trump’s most toxic supporters online, grew into a massive community. Reddit eventually “quarantined” it, the platform’s term for isolating problematic communities and making it harder to access them.

Ohanian’s move is especially bizarre in that he doesn’t seem to have secured anything tangible from the Reddit board. There doesn’t seem to be any guarantee that the company will do as he urges and hire a “black candidate,” nor is there any demand on his part that the Black hire be committed to any particular vision of racial justice. Black representation alone is not a guarantee of making meaningful strides to racial equity. At least he went out in the most Reddit way possible—with a weird post that leaves you feeling faintly embarrassed for having read it.