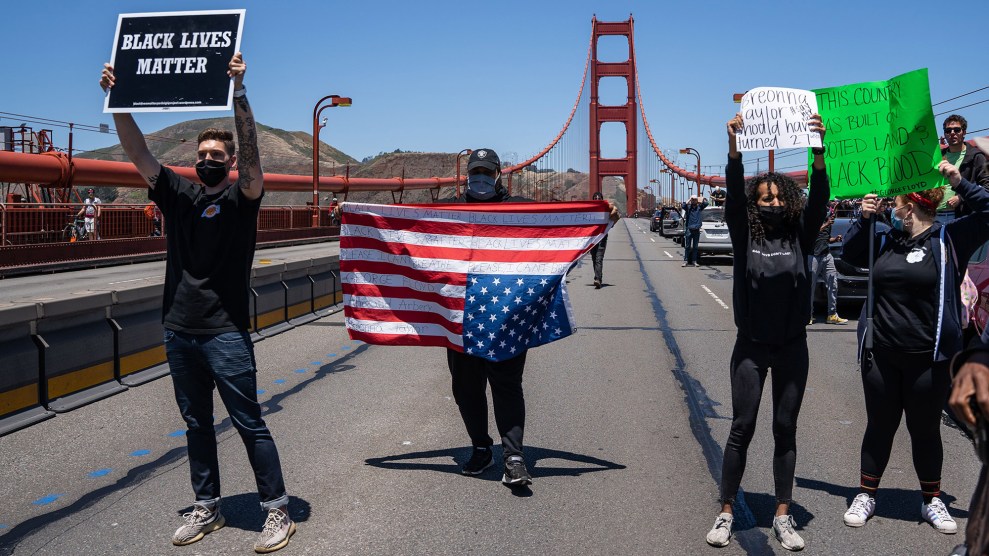 Just 7 percent of the population of the San Francisco Bay Area is Black, yet 27 percent of the people killed by the police in the region since 2015 were Black, according to a new investigation by the Bay Area News Group. In their examination of 110 police killings, reporters found that officers were disciplined in only 8 cases. None were prosecuted.

The report also found racial disparities in police killings of Latinos, who make up 20 percent of the area’s population but were 27 percent of victims. Its analysis found that 20 percent of victims of police killings were not armed; of those, 40 percent were Black. In 45 percent of the cases, the reporters found no evidence that the victims had been committing a crime before they were killed. In 97 incidents, police used guns. In 8, officers killed people with carotid restraints, wraps, or by dogpiling on top of them.

The investigation gathered data from the Bay Area’s five counties, which include San Francisco, Oakland,  and San Jose. The print editions of the East Bay Times and Mercury News ran a list of the names of the 110 people whose deaths were counted in the report.

The reporters cite a recent study by researchers at the Harvard T.H. Chan School of Public Health that found that the San Francisco-Oakland-Hayward area has the nation’s second-highest rate of Black victims of fatal police violence, after Oklahoma City. The report also found that the region has the nation’s second highest ratio of Black to white victims of police killings, after the Chicago area.

The article focuses on the story of Chinedu Okobi, a Black man who died in October 2018 after San Mateo County deputies repeatedly tased him and then piled on top of him. Like many of the people whose cases the Bay Area News Group reviewed, Okobi, was experiencing a mental health crisis when police tried to restrain him. His death, which was recorded on video and led to no discipline or charges for the officers involved, is depressingly familiar:

Like Okobi, Roy Nelson Jr. was an unarmed Black man with a history of schizophrenia, suffering a mental-health episode and committing no crime when his ex-wife called 911 to report he was hallucinating and needed psychiatric help. He was later found to have methamphetamine in his system.

“I can’t breathe,” Nelson insists on a video recorded by Hayward police after a group of officers pulled him from a patrol car because he wouldn’t stop kicking the door. The officers handcuff the 300-pound man, face down on the ground, then try to wrap him in a restraint similar to a straitjacket.

“I can’t breathe,” he says again, in a plea that feels even more harrowing five years later, after George Floyd repeatedly uttered that same phrase and died under a police officer’s knee in Minneapolis.

Roy Nelson died too. So did Rakeem Rucks, who also yelled, “I can’t breathe,” while face down in the dirt as Antioch cops piled on top of him in 2015 after finding him in an altered state, high on methamphetamine. According to a lawsuit filed by Rucks’ family, officers put their knees on his neck as he struggled until his death.

None of the officers in any of those deadly encounters were ever disciplined.