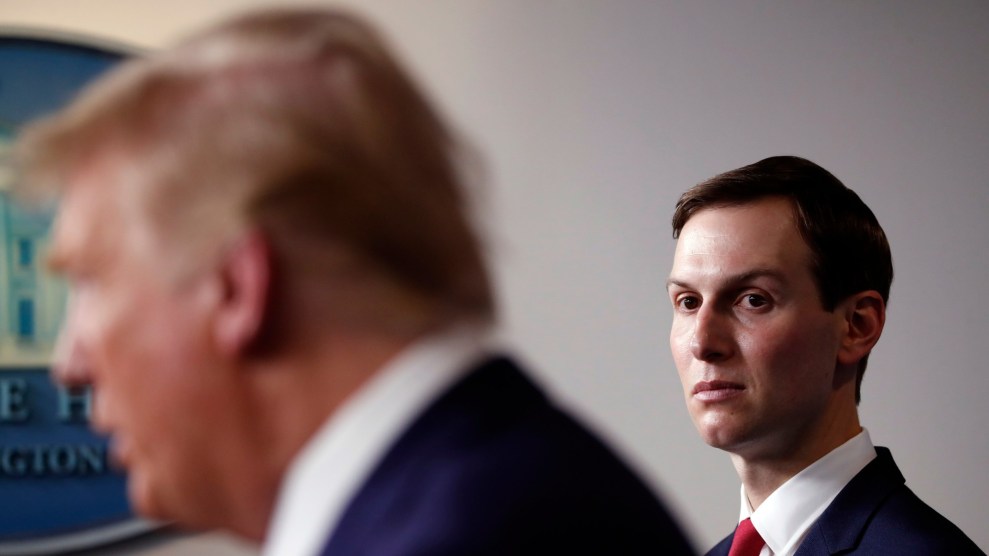 In a chronicle of “desperation and dysfunction,” the Washington Post ran a story describing the tensions and events inside the White House between March 29 and last week, as Trump remained “fixated on the economy” while others in the administration attempted to contain the public health catastrophe of the coronavirus pandemic.

Over the critical month, when the US had already lost time in imposing measures that could lessen the impact of the illness, two rival groups emerged: doctors and scientists who understood the importance of imposing aggressive public health measures, and “the economic and political aides with longer standing relationships with the president.” Naturally, that group includes his son-in-law Jared Kushner, and also senior economic adviser Kevin Hassett, former chair of the Council of Economic Advisers, who pushed optimistic models predicting no more than 60,000 deaths, a number that has already been exceeded.

These two groups seemed to have fought about nearly everything: the seriousness of the epidemic, the need for tests, the available equipment, the economic toll the crisis would exact. Meanwhile, invaluable time was lost and the president’s impulses and demands dominated everything.

So determined was Trump to extinguish the deadly virus that he repeatedly embraced fantasy cure-alls and tuned out both the reality that the first wave has yet to significantly recede and the possibility of a potentially worse second wave in the fall…And though Trump was fixated on reopening the economy, he and his administration fell far short of making that a reality. The factors that health and business leaders say are critical to a speedy and effective reopening—widespread testing, contact tracing and coordinated efforts between Washington and the states—remain lacking.

Trump’s insistence on reopening the country quickly, even as businesses shut down and jobless claims reached unprecedented levels, led to his eagerness to find a silver bullet that would fix everything. First was hydroxychloroquine, an anti-malaria drug that has been proven to show no effectiveness in treating the symptoms of COVID-19. To that bullet, the president added azythromycin, which he described as “one of the biggest game-changers in the history of medicine.” And let’s not forget a bullet that backfired: the wonders of disinfectant, “where it knocks [the virus] out in a minute—one minute—and is there a way we can do something like that, by injection inside, or almost a cleaning.”
What the Post’s interviews with “82 administration officials, outside advisers and experts with detailed knowledge of the White Houses’s handling of the pandemic” makes clear, yet again, is that Trump’s major fixation through all this was not the mounting deaths, the scale of human tragedy from illness and economic hardship, or the pleas of health workers for some essential supplies, but his reelection bid.

And after you read the Post, take at how those 34 days fit in the first 100 days of the response from the “very stable genius” in chief.