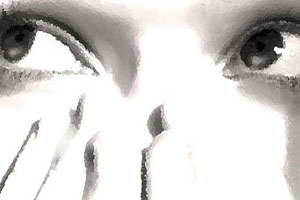 The debate rages at Slate’s XX Factor. The indomitable Linda Hirshman lit a fire with her piece on ‘blaming’ the victims of domestic violence for not leaving sooner. She uses two books to make the point that it’s entirely appropriate to ask the question that so many feminists consider verboten, switching the onus from batterer to batteree. Of Leslie Morgan Steiner’s new memoir of four years in an abusive relationship, Crazy Love, and Katha Pollitt‘s Learning to Drive: And Other Life Lessons about marriage to an epic philanderer (she didn’t know it at the time), Hirshman writes:

Steiner is wrong: It is difficult to understand why she stayed in this awful relationship, given that she was not risking starvation and had no children with her abuser. Which is why, no matter how many times Steiner and Marcotte and the others tell them not to, people keep asking the question. And it’s terribly important to do exactly that. Asking why women participate in destructive relationships is a mark of respect. The amazing thing is that, four decades after the birth of feminism, we are still arguing about it.

And so after reading this book, I find myself rooting around for my old-style feminism, Birkenstocks and all. The current love affair with understanding stops feminists from calling victims on taking responsibility for their own well-being. For centuries, Western culture has assumed that, no matter how “kind” they are, given adequate information, people can be trusted to look after themselves. Democracy itself rests on that assumption. The closest Steiner comes to a recognition of this principle is, tellingly, when she’s addressing another victim of domestic violence. “No one can treat you like this if you don’t let them,” she tells a woman whose male companion raises his fists to her on the street. It’s four months after Steiner’s own husband has walked out, and she can finally give a stranger the message she seems never to have applied to herself.

I agree with Hirshman that it’s fair to ask why women stay in abusive situations. If nothing else, it raises the kind of awareness among women that has likely caused many to do exactly that. Have we forgotten how many millenia of consciousness-raising it’s taken to acknowledge the domestic violence, first, exists and second, is wrong? Have we forgotten that the foregoing is still not the case in many parts of the world? Without asking that question, we wouldn’t understand domestic violence as well as we do now. I’m going to read Steiner’s book, and when I do, I fully intend to find her asking herself that question repeatedly. It’s irrational to risk death every time your man walks through the door but it happens everyday. Why? Doctors ask junkies what kind of drug they’re on when they’ve overdosed; you can’t treat a problem without understanding its components. Women will never understand that they can’t tolerate abuse without asking that question, however gently. In the answers to that question we’ll end up where we started—deeply ingrained sexism and male privilege. The more that reality is excavated and mapped, the more we dislodge sexism from our culture and our world. But you can’t fix a problem that can’t be discussed.

Not asking it, as Hirshman writes, is disrespectful, juvenilizing, and argues that women can’t be required to face the truth of their own weaknesses, neuroses, and poor choices when they’re oh-so-obvious. It’s wrong to raise the issue simply to blame the victim, and quite a few are no doubt up to just that, but the world is full of idiots, isn’t it?

They’re unreachable. The rest of us are not. But I think we’re missing the real, but much subtler, point: Feminism is not a religion. Religions require believers to follow its precepts on faith alone (circumcise, abjure pork, etc.). Feminism is best understood as a rational response to sexism; it’s a logical mindset requiring women (and men) to acknowledge that the world burdens women in particular, observable, and predictable ways, and if you don’t want to be victimized by those realities, there is usually a proper course of action to be taken when faced with them. Like leaving batterers and, hopefully, pressing charges. If you stay with an abuser, you simply are not a feminist, not that that’s the point when someone’s being beaten. And that’s also NOT an insult. Just because I’m a feminist, no one else has to be. (And just because you’re not a feminist, you don’t have to stay with a batterer.) Feminists can disagree on abortion and whether moms should work or young chicks dress slutty, but not on domestic violence.

Feminism is a roadmap. Feminism is common sense and common sense is usually very, very difficult to exercise. Saving money, not waiting til the last minute to write that term paper, always using birth control. Leaving a man who makes you weak in the knees. When he isn’t hitting you. Feminism is the understanding of what women are up against and a determination not to go down without a fight. When sexism dies, so does feminism.

Pure and simple: If Steiner had been a feminist, in deed and not just in rhetoric, she’d have left her batterer. In all sincerity, I say that from sisterhood and sympathy, not judgment. Feminism would have spared her four years of abuse and the long term trauma she’ll no doubt be dealing with for the rest of her life. Feminism would have made her call a spade a spade. It might have even made her slap the bastard with one. Feminism is how we protect ourselves in a sexist world. It’s best understood, I think, as a warrior mentality, and we all know that war is hell. But so is life with a batterer.