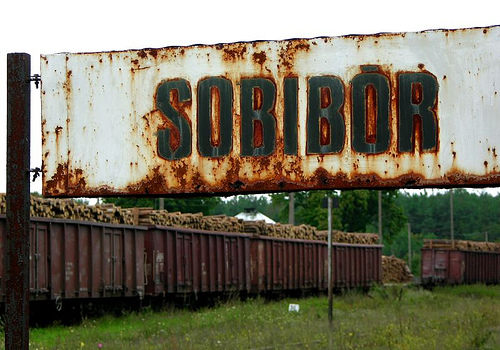 Five years ago, I grabbed a cup of coffee with a friend who was then working for the Justice Department’s Office of Special Investigations, the US government’s official Nazi-hunting group. Under the leadership of Eli Rosenbaum, the unit had been rooting out ex-Nazis living in the United States since 1979, affecting the deportation of more than 100 people for their involvement in Nazi war crimes. As you might imagine, though, business had been slowing with each passing year. The old Nazis were dying off. As we sipped coffee together, my friend worried that OSI might run out of time to locate all of the alleged Nazi war criminals believed to have slipped quietly into America after the war. (That concern has since prompted the government to reorganize OSI and expand its jurisdiction to include more recent war crimes in places like Haiti, Africa, and South America.)

One of OSI’s biggest embarrasments occured in 1986, when it deported John Demjanjuk, a Ukranian-born auto mechanic from Cleveland, to Israel in the belief that he was in fact the notorious Treblinka guard “Ivan the Terrible.” He was not. In 1993, when an Israeli court overturned his death sentence on appeal, he returned to Ohio. OSI soon began assembling a new case against Demjanjuk, this time alleging that he served as an SS guard at Majdanek and Sobibor death camps in Poland and at Flossenbuerg in Germany. The case has dragged on and on and on, with Demjanuk’s lawyers claiming that the elderly man is suffering from ill health and would not survive the strain of forced relocation and potential prosecution. (The Pinochet defense, let’s call it.) Well, the wait now appears to be over: Demjanjuk, a frail, gray man who relies on a respirator, was deported to Munich, Germany, yesterday, where the Germans plan to try him for his alleged complicity in the killing of 29,000 Jews at Sobibor. It could well be the last trial of its kind.

The next step will be for prosecutors to formally press charges, which they said could happen “within a few weeks,” provided “no exonerating arguments are made.” That would be fast, as it can take months under Germany’s justice system for charges to be pressed.

Anton Winkler, a spokesman for Munich prosecutors, said they had called for an expert opinion on whether Demjanjuk is fit to stand trial. He said it could take up to two weeks to make that determination, because a doctor would have to examine Demjanjuk and also observe him over time.

He indicated that Demjanjuk’s health was satisfactory on arrival, according to a doctor who examined him. Demjanjuk understood what was being said to him and answered “yes” and “no” in German, Winkler said.

Efraim Zuroff, director of the Simon Wiesenthal Center in Israel, praised U.S. and German authorities for bringing Demjanjuk in.

“I think this is an extremely important day for justice and the fact that Demjanjuk, who actively participated in the mass murder of 29,000 Jews at Sobibor, will be put to trial is of great significance and reinforces the message that the passage of time in no way diminishes the guilt of the murderers,” he said from his office in Jerusalem.