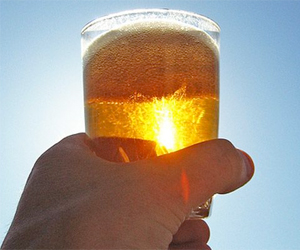 When a magazine in Dallas offered me a job last summer, my wife and I jumped at the chance to settle in the city that Molly Ivins once painted red. We had visions of a Lone Star libertarian utopia, where there was enough open space and distrust of government to allow everyone some freedom in choosing their bliss.

Boy, were we wrong. From the hip neighborhoods of Lower Greenville and Deep Ellum to the grittier areas of South Dallas, what we experienced was an over-policed nanny state—exactly the sort of thing you’d expect pro-secession and anti-liberal Texans to hate. But they’re not angry, because they’re not the target: Few straight white Texans have anything to worry about. That’s documented.

Want the full story? Check out my piece in the March/April issue of Mother Jones, “Lone Bar State.” The Lone Star State, it turns out, is still a place where “undesirables” can be rounded up, humiliated by authorities, tossed in jail cells, and even have their skulls cracked—legally. It’s made possible by a catch-22 in the state’s penal code: a public-intoxication law that permits peace officers to go virtually anywhere, anytime, and arrest anyone they want. Except who they really want to arrest, it seems, includes mostly gays, Latinos, and blacks. As one cop told me, “We go after the disenfranchised, the people who can’t stand up and defend themselves.” Another lawyer who represents folks arrested for PI put it even more bluntly: “If you’re brown and you’re around,” he says, “you’re going down.”

Much of that goes down just a few miles from the chic Dallas-area estates of George W. Bush, H. Ross Perot, and a bevy of other prominent, wealthy Texans. Down there, they’re fond of saying, “The eyes of Texas are upon you,” and obviously they mean it.

But today, the eyes of our readers are on Texas.