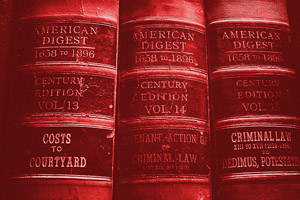 With the Deepwater Horizon leak pumping 210,000 gallons of oil a day into the Gulf of Mexico and the outer edges of the slick now hitting Louisiana, the state has a lot on its plate. Including a new proposal to immobilize the legal clinics that could help residents bring suit against BP or other parties involved in the spill.

Tomorrow, the Louisiana State Legislature is scheduled to hold a hearing on Senate Bill 549, the baby of Sen. Robert Adley (R-Benton), who wants to stymie the work of university law clinics that represent low-income clients while providing hands-on training for future lawyers. Under the measure, the clinics would be barred from filing suits against government agencies, suits seeking monetary damages, or suits that raise state constitutional challenges. Adley has admitted that a key target of the bill is the Tulane Environmental Law Clinic (TELC), whose students and attorneys have successfully litigated dozens of suits against industrial polluters and other environmental offenders on behalf of Louisiana citizens.

The timing couldn’t be more crucial—or absurd. In fact, the hearing on SB 549 was originally scheduled for last Wednesday, but was postponed while the state government was busy trying to figure out how to deal with the disaster. When I asked Stephen Griffin, the interim dean of Tulane Law School, if TELC might play some role in post-spill litigation, he said it’s definitely a possibility. “Suppose local citizens got upset about their beach being fouled, or their shrimp grounds being destroyed, the shrimpers getting upset.” Suppose they did.

Never mind that Tulane isn’t even a state school. The bill’s prohibitions would affect any legal clinic at any school that receives state funds—which, Griffin says, means all universities in Louisiana. “Tulane receives substantial amounts of state funds to do various sorts of things,” he told me. “But most of it has to do with medical research and the fact that the state wants our medical services, like our hospital, and when services are given, payment is rendered, and that’s state money. Sen. Adley is blurring the lines here. He’s talking about state money, and in any ordinary sense of the word, our clinics are not funded by state money. We’re a private institution.” In addition to TELC, the bill threatens Tulane clinics that represent juveniles, domestic violence victims, and plaintiffs in civil rights cases. Under the proposed law, legal clinics that break the rules could jeopardize state funding for their entire school. “That’s very draconian,” Griffin says. “What, would the state refuse to pay for medical services rendered?”

So why does Adley have it out for legal clinics? I thought I’d have to employ my research skills to dig up the connections between him and big dirty business. And though he did turn out to own a gas company and has received campaign contributions from the oil and gas industry, I really needn’t have bothered looking that up. Adley’s been openly announcing his allegiances in the local papers. The bill, he says, is about “‘sending a message’ that Louisiana is open for business, and taxpayer dollars should not go to institutions hurting economic development.” He’s denounced TELC for being “proud of stirring up lawsuits.” The Louisiana Chemical Association, which represents oil and chemical industries in the state, is also badly backing the bill. LCA’s president says the bill is targeting TELC because “Tulane’s environmental law clinic has consistently brought suits against industries and Louisiana state agencies.” Which, arguably, is its job.

Adley’s bill would also put all university legal clinics under the supervision of the state House and Senate commerce committees. This unprecedented move has echoes of “putting the government between you and your doctor,” but with lawyers, and for real. It is discriminatory in that it restricts not all Louisiana citizens from bringing suits against entities that may have wronged them, just those citizens who are too poor to afford lawyers. This will have, as a Tulane Law School statement points out, “an adverse and disproportionate impact on low-income residents of the state, reducing their access to justice.”

Law students and lawyers from around the state are traveling to the capital tomorrow to make their case against SB 549. If the bill gets out of committee, Griffin says they’ll “have to go to a different level in opposing”  it. If it passes, he says they challenge it as unconstitutional. “It’s pretty bold,” another Tulane administrator said as I was leaving Griffin’s office, shaking his head. “Even for the Louisiana legislature.”