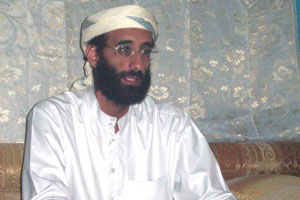 There still seems to be some confusion over the issues at stake in the federal court battle over the fate of Anwar al-Awlaki, an American-born radical Muslim cleric and Al Qaeda booster who is reportedly hiding out in Yemen. The Obama administration has reportedly targeted al-Awlaki for killing. Two civil liberties groups, the American Civil Liberties Union and the Center for Constitutional Rights, are suing the government on Al-Awlaki’s behalf. They’re not saying that the government cannot kill al-Awlaki under any circumstances. They’re just saying that the circumstances under which the US government can assassinate a US citizen should be limited and clearly defined. Adam Serwer explained this well earlier this month:

This point is key, and I think it’s been lost in the noise—the ACLU/CCR lawsuit doesn’t seek to prevent al-Awlaki’s killing as a last resort in the event that he poses an imminent danger to Americans, merely ensure that he only be killed under those circumstances. It is also trying to force the government to disclose the criteria under which American citizens are added to its reported “kill list.” The government, responding to this claim, argues that the ACLU/CCR lawsuit relies on speculation that those criteria aren’t actually being followed.

The idea of an “imminent threat” is the key issue here. Imminency was once the generally accepted legal standard that made it okay for the government to kill a citizen without due process. It’s based on the idea that no one is going to fault a cop for shooting a suicide carbomber who is barrelling towards a building. And no one—not even the ACLU and CCR—is going to fault the US government for killing al-Awlaki if his death would prevent immanent death and destruction, rather than simply punish him for alleged past crimes. The civil liberties groups have explicitly acknowledged that they believe the government can kill al-Awlaki as “a last resort to protect against concrete, specific and imminent threats of death or serious physical injury.”

Yet in the debate over al-Awlaki, several people have incorrectly implied that civil libertarians are asking the government to forfeit its right to act in self-defence against an imminent threat. Here’s one example, from Benjamin Wittes*, an expert in national security law and fellow at the Brookings Institution:

Imagine for a moment that …. the government does have powerful, reliable intelligence that Al Aulaqi has assumed an operation role in AQAP—or at least, that officials believe they have such intelligence. Imagine, in other words, that senior members of the Obama administration are not actively lying. And imagine as well that their sense of Al Aulaqi’s location is not wildly wrong—in other words, that he is camped out in some part of Yemen over which the Yemeni government’s capacity to exercise law enforcement authority is impaired. What action do you propose? Are you suggesting that the proper posture of the federal government in such a situation is paralysis? Are you suggesting that it be obliged to undertake a capture operation, with all the risks to forces that that involves? Or should we perhaps pause to bulk up Yemen’s capacity as a state and hope that Al Aulaqi will compliantly stay put while we do? Put more succinctly, what’s the realistic alternative to reserving the option of lethal force? [Emphasis added.]

This is a straw man argument.1 No one is saying that Obama can’t reserve the option of lethal force. Even Salon‘s Glenn Greenwald (a “civil liberties extremist“) isn’t saying that. And it’s important to note that “reserving” the option of lethal force is not what’s on the table: according to multiple reports, the White House has already opted to use lethal force. It is actively trying to kill al-Awlaki. Nor would declining to kill al-Awlaki unless and until he presents an imminent threat necessarily equal governmental “paralysis.”

There seem to be a whole bunch of different positions on the al-Awlaki issue, but I think they boil down to two:

I’m pretty sure Jeffrey Goldberg, whose comments to me Wittes was responding to, is in the second group. Andrew Sullivan, also responding to what Goldberg told me, says here that he would “prefer evidence against Awlaki to [be] made public in court,” but goes on to argue that “if [al-Awlaki] cannot be captured, he is a legitimate target for killing.” Under what circumstances, though?

*I should note that, for what it’s worth, Wittes is brilliant and generally a fair and reasonable participant in these sorts of debates. I just think he’s missed the mark in this particular instance.

1UPDATE, 3:00 p.m. EST: Just got off the phone with Wittes. He objects, as you might expect, to my characterization of his hypothetical as a straw man. My understanding of his point (he’ll have a post on this later) is that the ACLU/CCR definition of imminence is so narrow as to all but eliminate the possibility of lethal action against al-Awlaki. He says, “it’s only a straw man argument if you believe that their version of immanence could ever actually present.” He also disagrees with the idea that the decision to target al-Awlaki is a decision to use force. Instead, he says, it’s the “decision to reserve use of force to certain circumstances.”