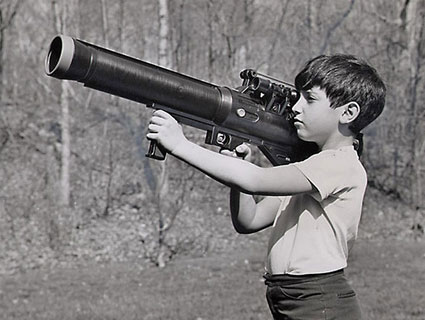 In 2008, the US Supreme Court overturned a DC law banning city residents from owning handguns. The decision in District of Columbia v Heller was unprecedented because the sharply divided court found—for the first time—that Americans have an individual right to own guns outside of the “well regulated militia” described in the Second Amendment.

Critics warned that the decision amounted to a death blow for all sorts of reasonable laws regulating gun ownership, and the National Rifle Association seemed to agree with them. The gun group’s vice president, Wayne LaPierre, said at the time that the Heller ruling would be “the opening salvo in a step-by-step process” to kill off most of the nation’s gun control laws.

Well, three years later, gun control is alive and well despite more than 400 legal challenges based on Heller, according to a new report (PDF) by the Brady Center to Prevent Gun Violence. The NRA as well as dozens of criminals have attempted to invoke Heller in court to challenge everything from bans on carrying concealed weapons in public to restrictions on gun ownership by people involved in domestic violence. Almost all of those challenges have failed, according to the Brady Center, including a second lawsuit filed by Dick Heller, the plaintiff in the original Supreme Court case, who sued again to try to invalidate restrictions on semi-automatic weapons in the nation’s capital.

The failed lawsuits have also produced some surprisingly strong language from judges who don’t want to use Heller to implement the NRA’s vision of “any gun, any person, anywhere.” For instance, in finding that there is no constitutional right to carry a gun in a car or national park, the 4th Circuit court of appeals, one of the most conservative courts in the country, declared: “This is serious business. We do not wish to be even minutely responsible for some unspeakably tragic act of mayhem because in the peace of our judicial chambers we miscalculated as to Second Amendment rights.”

The gun lobby’s initial failure to use the Supreme Court’s ruling to kill off gun control hasn’t stopped it from trying. The Brady Center notes that many Heller-based legal challenges are still pending. One, for instance, takes aim at a North Carolina law that would prevent people from carrying weapons into a riot.

Another lawsuit attempts to allow teenagers in Texas to carry concealed weapons in public. The original plaintiff in that case was this kid, who filled his Facebook page with photos of himself dressed up like John Dillinger, holding assault weapons. He posted status updates like “After hunting men, nothing can compare,” and “There is no redemption, There is no forgiveness. I will stare into your eyes as I pull the trigger and laugh as you hit the ground with your last, pathetic breath.” After his rantings were publicized, he eventually dropped out of the case, but the NRA is still pushing the lawsuit. The Brady Center calls on the courts to make sure that these cases, like the 400 before them, are dead in the water.