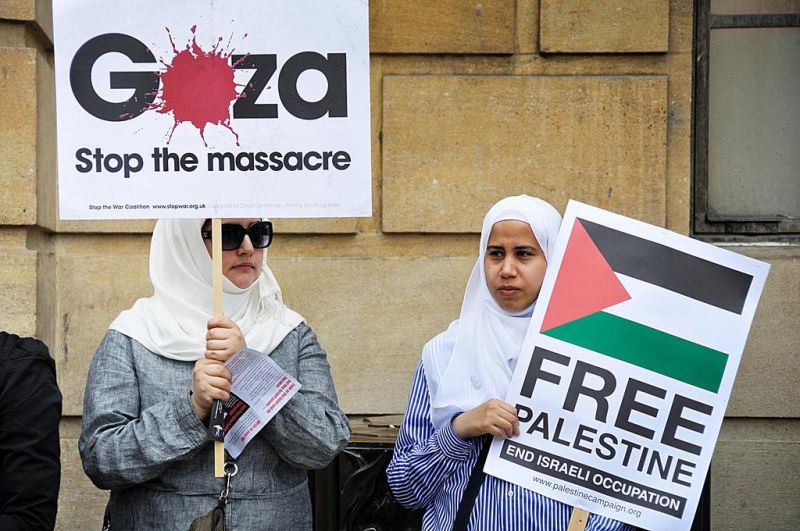 In a last-ditch effort to deter American participation in the Gaza flotilla redux—the Audacity of Hope containing 36 American passengers is set to embark from Greece any day now—the US government sent out a warning about the possible repercussions of jumping onboard. On Friday, the State Department declared “that delivering or attempting or conspiring to deliver material support or other resources to or for the benefit of a designated foreign terrorist organization, such as Hamas, could violate US civil and criminal statutes and could lead to fines and incarceration.” But critics say there’s no evidence that any of the passengers intend to deliver anything to Hamas, and that the Obama administration is overstepping its boundaries.

The warning, according to American University law professor Stephen Vladeck, constitutes an unmistakable threat of potential prosecution under the so-called “material support” law—18 U.S.C. 2339B for you legal buffs out there. First passed in 1996, it has been perhaps the Justice Department’s favorite tool for prosecuting terrorism cases since 9/11. The statute prohibits the knowing provision of “material support or resources to a foreign terrorist organization.” In 2001, the Patriot Act expanded the definition of “material support or resources” to include “expert advice or assistance.”

Sounds reasonable enough. But the material support law has repeatedly been deployed to silence activists whose activities the government disapproves of. Over the past year, the FBI has targeted a group of Midwestern activists involved in antiwar and trade union movements. It raided seven homes in September and has since issued 23 subpoenas in connection to what the FBI told the Associated Press is an investigation related to material support of terrorism. Based on FBI documents inadvertently left behind at the house of antiwar activist Mick Kelly, the probe appears to have been triggered by trips activists took several years ago to Colombian territory under the control of FARC, a designated foreign terrorist organization. One of them, Jessica Rae Sundin, whose trip occurred during negotiations between FARC and the Colombian government, told the AP she traveled to the town where peace talks were being held via a Colombian military plane.

The documents discovered by Kelly in April have led many to believe that the investigation is yet another FBI fishing expedition into the activities of legal activists and organizations (according to a 2010 Department of Justice review, previous targets (PDF) have included a Quaker activist, a Catholic peace magazine, and members of Greenpeace). So far, at least seven members of Congress have written to the Attorney General to express concern that the government is targeting people based on their political views.

When asked if the State Department had evidence to suggest that any of the flotilla passengers did, in fact, intend to “deliver material support or other resources” to Palestinian terrorists, a department spokesperson responded that she did not. She instead referred me to a brief allusion in Monday’s press briefing regarding concerns about past arms smuggling into Israel.

Flotilla passengers claim that their only aim is to challenge Israel’s blockade of Gaza, which they contend is illegal, and deliver humanitarian aid to the Gazan people. Yet given the government’s track record and expansive interpretation of the material support law, Professor Vladeck cautioned that, regardless of the activists’ intent, Friday’s statement should be taken seriously. “One can never take a warning as proof that a prosecution will happen, but it’s certainly a very strong indication that the State Department will refer any such cases to the Justice Department,” he said, adding, “It would be odd for them to issue such a warning and not be serious.”