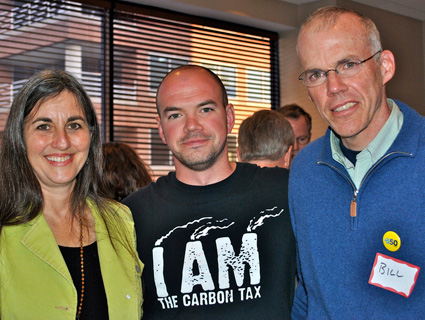 ORIGINAL POST: In December 2008, during the waning hours of the Bush administration, climate activist Tim DeChristopher walked in on a Utah auction and bid nearly $2 million on federal land for sale. He never intended to pay for it, of course; he just didn’t want Big Oil to either. The feds weren’t amused: In March, DeChrisopher was convicted on two felony counts for disrupting the auction and tomorrow, barring any further delays, he will face a sentence of up to 10 years behind bars—even though Obama Interior Secretary Ken Salazar canceled the bids before DeChristopher was even charged.

The 29-year-old activist tells Mother Jones now that he would “definitely not” have it another way if he could wind back the clock. And his supporters have stood by him. Public Citizen, the non-profit consumer advocacy group founded by Ralph Nader in 1971, released a statement today contrasting DeChristopher’s punishment with the slaps on the wrist that big energy companies have received after their involvement in large-scale environmental disasters.

Environmentalist Bill McKibben, a longtime supporter of DeChristopher, penned an op-ed for the Salt Lake Tribune that drew a similar comparison. Isn’t it telling, he asked, that the activist was convicted of financial fraud for disrupting an auction that was later declared illegal while the Wall Street bankers responsible for the “greatest financial fraud in the history of the world” got off scot-free?

But while he’s hailed as a martyred hero in many environmentalist circles, others think DeChristopher’s getting his just desserts.

Assistant US Attorney John Huber, who prosecuted the government’s case against DeChristopher, filed a motion last Tuesday to dispute a probation officer’s suggestion that the activist receive a light sentence in a minimum-security prison because he took responsibility for his actions.

“Mr. DeChristopher has boastfully declared that he has no regrets for what he did, would do it again ‘in a heartbeat’ and encouraged others to follow his lead,” Huber wrote, adding that additional bids on land DeChristopher lost cost one “legitimate bidder” more than $600,000 and the federal government’s Bureau of Land Management nearly $1 million.

And Rep. Roger Barrus (R-Utah), who chairs the Natural Resources, Agriculture and Environment Committee, told the Tribune that DeChristopher was simply a thief: “And it’s theft from the citizens of the state of Utah. The penalty should fit the crime. If you do anything else [short of jail time], you’re just condoning his action and it’s going to happen again.”

DeChristopher has prepared himself for a prison sentence; he plans to write a prison journal on the criminal justice system, and hopes his actions will inspire others to fight for the environment.

And yet, DeChristopher says that he thinks he still has “several routes of appeal” that could overturn his conviction. “I don’t think that we’ve gone through the process that’s determined we broke the law.”