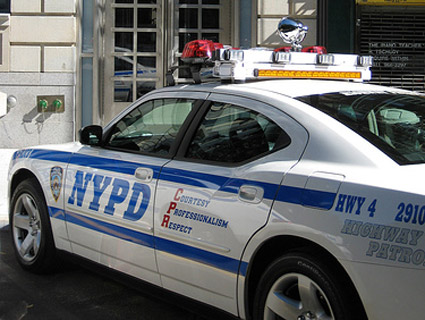 Just days after the release of our investigation of the FBI’s use of informants in Muslim communities around the US comes a probe by the AP into the NYPD’s collaboration with the CIA to spy on Muslims in the greater New York area. The AP’s Adam Goldman and Matt Apuzzo reveal that the “NYPD operates far outside its borders and targets ethnic communities in ways that would run afoul of civil liberties rules if practiced by the federal government.”

Some background: In 2002, the NYPD hired former CIA official David Cohen to run their civilian intelligence program. Cohen got help from a CIA official to train and run a surveillance program in Muslim-American communities in the New York City area. Under Cohen, the NYPD utilized the diversity of its force to dispatch undercover officers in ethnic neighborhoods where they could “blend in.” Officers were looking for “hot spots,” areas needing further investigation, like a bookstore selling “radical” literature. They still call this investigative team the “Demographic Unit.”

The Demographic Unit, according to the AP investigation, monitors “daily life in bookstores, bars, cafes and nightclubs. Police have also used informants, known as ‘mosque crawlers,’ to monitor sermons, even when there’s no evidence of wrongdoing. NYPD officials have scrutinized imams and gathered intelligence on cab drivers and food cart vendors, jobs often done by Muslims.”

Sound familiar? The FBI has engaged in similar activities with the help of a former CIA official, Phil Mudd. Mudd helped create a program called “Domain Management” to strategically focus the FBI’s resources on particular communities. A New York Times reporter once described how Mudd “displayed a map of the San Francisco area, pocked with data showing where Iranian immigrants were clustered—and where, he said, an F.B.I. squad was ‘hunting.'” When asked to comment, an FBI spokesperson told the AP: “If you’re sending an informant into a mosque when there is no evidence of wrongdoing, that’s a very high-risk thing to do…You’re running right up against core constitutional rights. You’re talking about freedom of religion.”

In our own year-long investigation into the FBI’s activities with informants in Muslim communities, reporter Trevor Aaronson notes: “Informants have said in court testimony that FBI handlers have tasked them with infiltrating mosques without a specific target or ‘predicate’—the term of art for the reason why someone is investigated. They were, they say, directed to surveil law-abiding Americans with no indication of criminal intent.”

There are other similarities between the NYPD’s actions and the FBI’s intelligence operations in Muslim-American communities, like the NYPD’s method of gathering informants for its investigations. In one instance, the AP finds that the NYPD “asked the taxi commission to run a report on all the city’s Pakistani cab drivers, looking for those who got licenses fraudulently and might be susceptible to pressure to cooperate, according to former officials who were involved in or briefed on the effort.”

And the NYPD isn’t limiting itself to investigations in New York City alone. They have expanded with, the AP reports, “officers deputized as federal marshals,” who are allowed to work out of state, such as in Pennsylvania, New Jersey and Massachusetts. According to the investigation, the information the NYPD obtains is sometimes passed on to the CIA. The AP notes that “the NYPD was looking more and more like a domestic CIA.”

Faiza Patel, co-director of the Liberty and National Security Program at NYU’s Brennan Center for Justice, says the program is potentially against the law. “Selecting neighborhoods for infiltration and surveillance as the NYPD has done is, at bottom, ethnic or religious profiling. Such discrimination runs afoul of our nation’s commitment to ‘liberty and justice for all.’ To the extent that the NYPD is monitoring the exercise of Muslims free speech rights and their right to practice their religion, it may also be running afoul of the First Amendment.”

According to Patel, the NYPD’s program is the wrong use of the department’s resources. She said, “New York City has approximately 800,000 thousand Muslims—monitoring all of these people in the hopes of identifying suspicious activity is simply not effective. It would be more effective to build solid relations with the communities so that they would be comfortable reporting suspicious activity to the NYPD.”