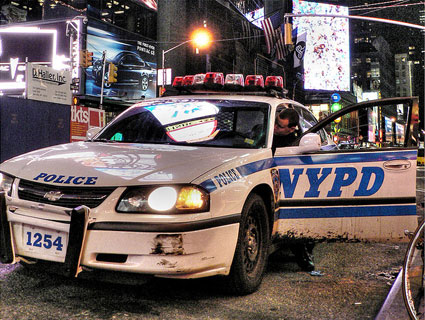 Sunday’s 60 Minutes‘ profile of New York Police Commissioner Ray Kelly’s efforts to boost the NYPD’s counterterrorism capabilities was a practically a promotional video for the department. A recent story by the Associated Press revealed both the NYPD’s CIA-assisted surveillance of the city’s Muslim community and the relative lack of oversight of the department in comparison to its federal counterparts. (The FBI was reportedly so concerned about the legality of the NYPD’s program that it refused to accept information that came out of it.) But 60 Minutes didn’t have a critical word to say about Kelly’s efforts—nor did they even mention that the program existed.

That’s not to say 60 Minutes didn’t discuss the NYPD’s relationship to the Muslim community: They did point out that the NYPD hosts cricket games for Muslim youths in the city. But they didn’t mention that after the NYPD denied the existence of the surveillance program, the AP followed-up with documents showing that the department “maintained a list of 28 countries that, along with ‘American Black Muslim,’ it considered “ancestries of interest.” Undercover agents “were then told to participate in social activities such as cricket matches and visit cafes and clubs,” the AP explained.

Likewise, 60 Minutes breathlessly reported that the NYPD has officers working in foreign countries gathering intelligence, but didn’t note that those officers operate with close to zero oversight from the City Council or any other legislative body. Jeff Stein reported last year that the NYPD nearly caused an incident when, in the immediate aftermath of the 2005 subway bombings in London, NYPD officers forwarded the details to Mayor Michael Bloomberg and Kelly, who then held a press conference on the subject:

The British, famously secretive about their investigations, were furious, Fuentes said. “They were going to kick everybody out, including the FBI. The American ambassador is calling the FBI—’What’s the story? Who are these guys? Are they with you?’ ‘No, they’re independent.'” Scotland Yard, Special Branch and other British officials, albeit furious, Fuentes said, held their tongues, because “they didn’t want to create a diplomatic incident with Kelly and Bloomberg and New York City.”

Those weren’t the only omissions—the entire 60 Minutes piece was practically an infomercial for Kelly. The segment marveled at the extent of the NYPD’s ability to monitor most of lower Manhattan by video camera, uncritically documented the random train stops where NYPD officers walk up and down the train staring at people as though a potential terrorist will simply crack and throw themselves at the NYPD’s mercy, and never questioned the wisdom of having thousands of officers carry around radiation detectors so sensitive they can tell when you’ve had chemo. The show wasn’t the slightest bit interested in examining how much of what Kelly was doing actually deterred terrorism, or how much of it might violate people’s basic individual rights. Reassuring everyone that not a single dollar spent on Keeping Us Safe is ever wasted or misused seemed to be the order of the day.

Most of the response to 60 Minutes‘ Kelly profile has focused on Kelly’s statement that the NYPD has the capability to “take down an aircraft” if necessary—implying just how far Kelly is willing to go to prevent another 9/11—style attack from happening. In keeping with the general tone of the segment, 60 Minutes didn’t seem to think “What who would possibly give the NYPD the authority to do that?” was a question even worth asking. Because taking down a plane—I mean how COOL is that?