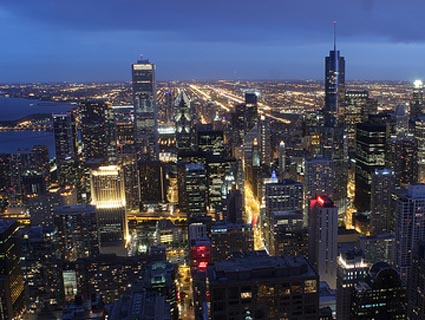 Comparing urban crime to literal war-zones is an unfortunate rhetorical device that never seems to go away. On Tuesday, Gawker‘s Cord Jefferson, attempting to illustrate the vast disparity in attention given to mass shootings like the recent incidents in Colorado and (to a lesser extent) Wisconsin and the high homicide rate in Chicago, wrote that “The Windy City’s murder rate is worse than the murder rate in Kabul, a literal war zone.” If that sounds too nuts to be true, that’s because it is.

This bogus “fact” seems to have originated with an overzealous headline writer. Jefferson was citing a June The Daily column by David Knowles, whose dek reads “City officials fight back as murder rate outstrips N.Y., L.A. – even Kabul.” The column itself makes no such claim, nor does it even come close to describing the “murder rate” in Kabul. Instead, it looks at the total number of US servicemember deaths in Afghanistan in 2012, then looks at the total number of deaths in Chicago in 2012. It turns out there had been more murders in Chicago (228) than there have been US servicemember deaths in Afghanistan (144) at the time the column was written. “The streets of Chicago are officially more dangerous than a war zone,” Knowles wrote, “Homicide victims in the Windy City outnumber U.S. troops killed in Afghanistan this year.”

What exactly is a mass shooting, anyway?

You see what the problem is here, right? Chicago is a city of nearly three million people, while there are about 90,000 US troops in Afghanistan (which is not the same as Kabul). The murder rate (not the total number of deaths) in Chicago based on those numbers is 8.42 per 100,000 residents. Given that US troops in Afghanistan are involved in an international armed conflict, it’s odd to refer to the all the deaths of US servicemembers as “murders,” but if you were to call this the “murder rate” it would be 160 per 100,000 troops. In other words, being a US servicemember in Afghanistan is about nineteen times as deadly as being a resident of Chicago.

Jefferson wasn’t the first person to cite Knowles’ bogus statistic (and the point of his post doesn’t really rely on it) but it was also reproduced all over the Internet. The problem with referencing “facts” like this one, however, goes beyond its statistical wrongness: Jefferson and Knowles were trying to awaken people to an unacceptable level of suffering in Chicago. Unfortunately, comparing Chicago to a war zone creates more emotional distance than resonance, conjuring up images of some far-flung foreign battlefield. It also primes the reader to accept militarized solutions to the issue of crime—after all, if Chicago is like a “war zone,” then police are more justified in using escalated levels of force, innocents caught in the crossfire are easily rationalized as “collateral damage,” and “criminals” become implacable enemies rather than fellow citizens. The war zone metaphor foments the very complacency Jefferson is trying to shake people out of: After all, people die all the time in wars. Part of what gave the Colorado movie theater shooting its emotional impact is that it occurred outside the places many of us have cordoned off as “war zones” in our heads. We implicitly accept triple-digit casualties in places like Chicago as an unalterable fact of urban life, when of course they aren’t.

Since I already wonder about the wisdom of turning mass shootings into national moments of collective trauma, I’m also skeptical of “nationalizing” Chicago’s homicide problem. Certainly people outside Chicago should know about it, and Jefferson and Knowles were doing an admirable thing by bringing it to people’s attention, but I’m not really convinced that Chicago’s murder rate would be better dealt with if everyone Felt Really Bad About It the way we Feel Really Bad about mass shootings, since the emotional signifying rarely leads to the kind of coherent public policy response that might actually change things for the better. Mostly, it seems like we participate in these national mourning rituals because they remind us that our own lives are limited and precious, not because they invoke a real sense of obligation towards those whose time on Earth might be cut short.