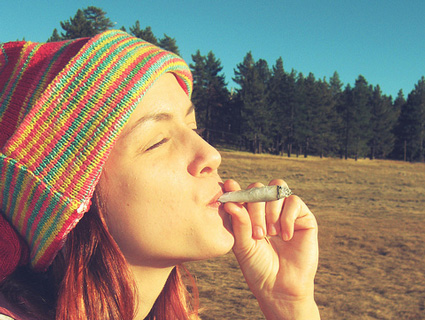 Colorado on Tuesday night became the first state in the nation to legalize recreational marijuana, beating out Washington by about an hour.

Barring a legal challenge, anyone over the age of 21 can soon walk into a marijuana dispensary in the Rocky Mountain State and buy some bud—and not the kind made by Anheuser-Busch.

But the fight for legal weed in Colorado and around the country is far from over. Cracking down on pot is still a centerpiece of federal drug enforcement policy, and the feds may try to quash Colorado’s legal weed program before it gets started.

Take for example the experience of medical marijuana dispensaries in California, which, until now, has been seen as the leader of the marijuana movement. Two years ago, the Proposition 19 ballot initiative to legalize pot for those without a prescription fizzled in the face of withering attacks from law enforcement. Starting last year, the Department of Justice reversed its pledge to leave Golden State medical pot dispensaries alone, moving to shut down reputable outfits such as the Harborside Health Center in Oakland. So far, outcry from pot advocates and sympathetic politicos hasn’t caused them to back off.

Still, pot advocates say the experience in Colorado could be different. “Nobody knows what’s gong to happen,” says Tom Angell, a spokesperson for Law Enforcement Against Prohibition, “but I think if you see marijuana legalization getting more votes than either of the presidential candidates, which looks like a distinct possibility, and a number of states acting on this—Colorado and Washington—I think the political calculus begins to change. It is becoming a reality that nobody can deny.”

In a possible sign that the feds might come around to legal weed, US Attorney General Eric Holder declined to formally oppose the state’s legalization initiative, known as Amendment 64. In 2010, he opposed California’s Prop. 19.

To be sure, the Golden State deserves credit for seeding the idea that legalization isn’t just crazy talk. But Colorado also has a long history of progressivism when it comes to bucking the Puritans. Exactly 80 years ago, it legalized alcohol—well before the federal government ended prohibition. Amendment 64 wisely leaves the job of devising a regulatory system for legal weed up to the state legislature. It won’t be an easy task, but activists think they can pull it off. “We can show the rest of the nation that when you legalize marijuana, the sky does not fall,” Angell says. “That is can be safer and at the same time you can collect more tax money.” Call it the pot stimulus.