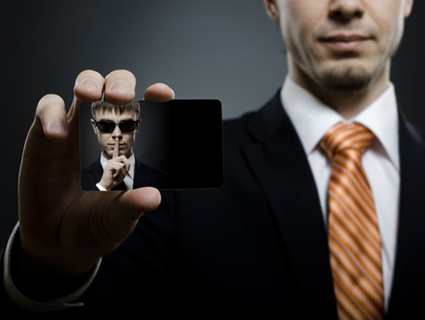 Just before Christmas, Truthout‘s Jason Leopold and the Partnership for Civil Justice Fund separately published a collection of about 100 pages of Federal Bureau of Investigation documents on Occupy Wall Street. The release shed some new light on how the FBI collaborated with other federal agencies, including the Department of Homeland Security and Naval Investigative Criminal Services, to keep tabs on the movement, which it considered a potential criminal and domestic terrorism threat. Yet the documents, obtained under the Freedom of Information Act, are also heavily redacted—including a curious report about a plot to identify and assassinate Occupy leaders with a sniper rifle—and leave much to the imagination.

That has provided plenty of fodder for speculation. Take the Guardian‘s Naomi Wolf, who in November 2011 advanced the unfounded theory that federal officials had coordinated the raids on Occupy encampments across the country with local authorities, and with congressional blessing (a conclusion quickly debunked by Alternet‘s Joshua Holland). The new FBI documents, Wolf wrote last month, “show a nationwide meta-plot unfolding in city after city in an Orwellian world” and a “terrifying network of coordinated DHS, FBI, police, regional fusion center, and private-sector activity so completely merged into one another that the monstrous whole is, in fact, one entity: in some cases, bearing a single name, the Domestic Security Alliance Council.”

In fact, the DSAC, “a strategic partnership between the FBI, the Department of Homeland Security and the private sector,” is mentioned in just one unredacted document, an unremarkable report compiled by the FBI and DHS about Occupy’s West Coast port shutdown plans in December 2011. Most of the other documents are routine FBI memos focusing on the potential for criminal activity during protests, cyberattacks from Anonymous, reports of suspicious mail, and a threat to shoot a police officer allegedly made by Occupy protesters.

Last week, Salon‘s Natasha Lennard approvingly cited Wolf’s column, adding that DSAC’s involvement was not only Orwellian but “even verges on the Kafkaesque.” But Lennard’s assertion that the FBI documents highlighted the “coordination between federal agencies, local police departments, fusion centers and hired corporate security firms in surveying, policing and ultimately cracking down on Occupy encampments and days of action” is also speculative. While the documents show that the FBI communicated with these groups, none of the documents reveal efforts by federal law enforcement to disband the camps.

Perhaps more interesting, as Lennard mentioned, is the FBI’s communication with financial institutions. In August 2011, the month before Zuccotti Park was occupied in Manhattan, an official briefed the New York Stock Exchange about Occupy’s plans. In Biloxi, Mississippi, the FBI met with local police and banks to discuss a December 2011 “National Bad Bank Sit-In-Day” protest. In Littleton, Colorado, the FBI discussed Occupy at an annual Bank Fraud Working Group meeting. And in Richmond, Virginia, the Federal Reserve shared information about local protests with the FBI.

But those communications are a far cry from Wolf’s contention that the “documents show that the violent crackdown on Occupy last fall [2011]…was coordinated with the big banks themselves” and “show the cops and DHS working for and with banks to target, arrest, and politically disable peaceful American citizens.” Big banks are mentioned by name in just two documents; one notes that Anonymous had harassed the CEOs of Goldman Sachs and JPMorgan Chase with information publicly available on the internet, while another makes a passing reference to small protests at a Bank of America and Wells Fargo in Tampa.

The documents also don’t provide much evidence that federal officials attempted to suppress protesters’ free speech rights. To the contrary, on several occasions they recommend a subdued police response. As FBI spokesman Paul Bresson told CNN, “While the FBI is obligated to thoroughly investigate any serious allegations involving threats of violence, we do not open investigations based solely on First Amendment activity. In fact, the Department of Justice and the FBI’s own internal guidelines on domestic operations strictly forbid that.”

We still do not have anything approaching a complete picture of federal authorities’ efforts to monitor and police the Occupy movement. And it would not be surprising to find that the surveillance of Occupy infringed on protesters’ civil liberties (nothing new in the history of American protest movements). However, that story can’t be told with the small cache of documents released so far.

Leopold is engaged in an ongoing battle with the Justice Department and FBI to obtain more documents, including information about the camp raids in late 2011. In a statement about the FBI release, PCJF attorney Heather Benno said, “The documents are heavily redacted, and it is clear from the production that the FBI is withholding far more material. We are filing an appeal challenging this response and demanding full disclosure to the public of the records of this operation.”