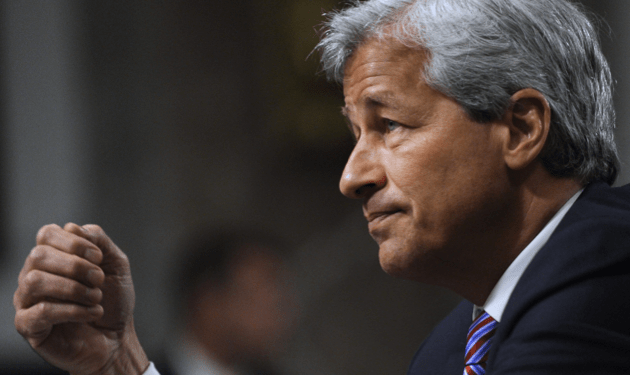 Last May, JPMorgan Chase, the biggest bank in America, lost $6 billion on a risky bet placed by its London office. So far, the bank has been punished with a slap on the wrist, but this week the Senate released a major report and held a Friday hearing on the debacle. The report shows that in the run up to the massive loss, JPMorgan Chase ignored its own risk controls, used fancy math to reduce estimates of losses, and blocked the flow of information to regulators. Regulators, meanwhile, first fell asleep on the job and then tried to downplay the incident.

The bank and its regulators should have seen problems coming. The risks JPMorgan Chase was taking on were so obvious that Bruno Iskil, the trader who made the giant bet, told a colleague last year that the way the bank was cooking its books was “getting idiotic,” and said, “I can’t keep this going,” according to the report. One way the bank “kept this going” was by ignoring its own rules. In the first four months of last year alone, the London office broke its risk regulations 330 times. In order to avoid those pesky rules, JPMorgan Chase simply changed how it measured risk, with approval for those changes going all the way up to CEO Jamie Dimon himself.

JPMorgan Chase managers also “pressured” its traders to lowball losses by some $660 million over several months by changing how they calculated them, the report says.

The bank did send its regulator, the Office of the Comptroller of the Currency, reports revealing it was breaking its risk rules by the hundreds, but the OCC officials at Friday’s Senate hearing said that they were more focused on what they considered “riskier” parts of the bank.

Sen. Carl Levin (D-Mich.), chair of the Permanent Subcommittee on Investigations, which held the hearing, asked one OCC official if the bank’s fancy new risk measurements should have been a “red flag.” The OCC official said yes.

JPMorgan Chase didn’t just ignore its own rules—it ignored the government’s rules, too. For several weeks last year, the bank simply stopped giving profit and loss reports to the OCC because Dimon said “it was too much information to provide.” Dimon, who is accused of withholding information about the daily losses, allegedly raised “his voice in anger” at a deputy who later turned over the info, the report says.

“This is something we should have been all over from Day One.”

The bank “failed to send regular reports in…the same months [the trade] tripled size,” Levin said. “Why…did OCC examiners that oversaw [the London office] not ask the bank for the missing reports until mid-April after the media storm?”

“This is something we should have been all over from Day One,” admitted Scott Waterhouse, the main OCC official in charge of overseeing JPMorgan Chase.

And what about “If the OCC had required [the London office] to document its investment decisions[?]…Would it have learned of [the trade] earlier?” Levin asked. Yes, OCC officials said. “There were red flags we failed to notice and act upon,” Tom Curry, the comptroller of the currency, admitted.

“The skepticism and demand for hard evidence that might be expected of bank regulators were absent,” the Senate report concluded.

Maybe that’s why regulators tried to play down the crisis after the fact. The day after JPMorgan Chase announced its loss, the head of the OCC’s Large Bank Supervision division, Michael Brosnan, told Curry the trades were not that big a deal, calling it an “embarrassment issue,” and adding that “at end of day, they are good at financial risk [management]. But they are human and will make mistakes.”