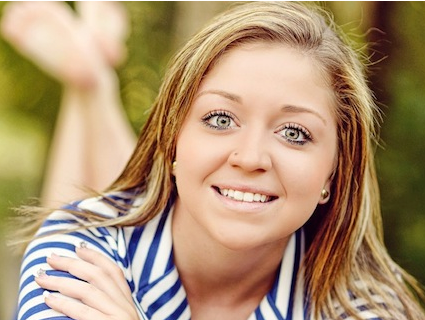 When Florida high school student Kaitlyn Hunt was a senior in high school, she began dating a 15-year-old teammate on her school’s girls’ basketball team.* Kaitlyn’s parents say the parents of the 15-year-old never complained to them about the (consensual) relationship. But halfway through the school year, the younger girl’s parents had her arrested. She was charged with a felony—”lewd and lascivious battery of a child 12-16 years old.” The girl’s parents also succeeded in getting her expelled from school by appealing to the school board after the school and a judge refused to grant their request, according to Kaitlyn’s mother, Kelly Hunt Smith.

“That is absolutely ludicrous,” Smith wrote on Facebook last Friday in a widely shared plea for help. “We need justice in this situation, not to feed into these parents’ hates and insanity.”

Enter Anonymous, the global hacker collective, which recently has raised eyebrows by pursuing justice for rape victims. In this case, some of the same Anonymous members are rallying behind a girl they feel has been wrongly accused of sexual misconduct. On Saturday, they launched the twitter hashtag #OPJustice4Kaitlyn, and a press release that begins: “Greetings, Bigots.”

“The truth is, Kaitlyn Hunt is a bright young girl who was involved in a consensual, same-sex relationship while both she and her partner were minors,” reads the release.* “She has a big future ahead of her and there are people, thousands of people in fact, that have no intention of allowing you to ruin it with your rotten selective enforcement.”

By this afternoon, protestors had already gathered outside of the office of the Indian River County Sheriff’s Department. In a hastily assembled press conference, County Sheriff Deryl Loar claimed that the case had nothing to do with the fact that Kaitlyn had been dating a girl. “If this was an 18-year-old male and a 14-year-old girl,” he said, “it would be prosecuted in the same way.”

Still, Loar suggested at another point that he would not have pursued the case if not for the complaint from the girl’s parents: “When you have vocal victims, that enhances the case as well,” he said.

Anonymous has a complicated relationship with sex and gender issues. Historically, the group has embraced homophobic language, most often by appending the term “fag” to anything that it dislikes—i.e., a “moral fag” is someone who takes his causes too seriously. On the other hand, Anonymous has significant number of gay members, according to McGill University anthropologist Gabriella Coleman, who is writing a book about the group. “It is kind of an extreme commitment to free speech,” she says. “And it is also a way of being open to anyone.”

“We can afford to stand there for some time, because, LOL, there are a million more of us than there are of you.”

While it may seem like a dramatic shift to go from targeting alleged rapists to defending someone accused of a sexual offense, Anonymous’ choice of targets is “in some ways always about what they can exploit and find,” Coleman told me. “It is pretty random oftentimes, at least initially. But that’s what makes them so interesting and difficult to grapple with, because you can’t necessarily predict what they will do.”

Indian River Sheriff Loar told reporters today that he’d never heard of Anonymous. But if the experiences of law enforcement officials targeted by other Anonymous ops are any indication, that will soon change. Anonymous has pledged to deliver a petition with 200,000 names on it calling for the resignation of one or more of the authorities involved in the case.

“That petition will be delivered by hundreds of men and women, holding signs or wearing masks, yelling into megaphones and getting all up in your business, right on your doorstep,” the press release reads, in the group’s characteristic swagger. “We can afford to stand there for some time, because, LOL, there are a million more of us than there are of you.”

*Update: A previous version of this article stated that Kaitlyn Hunt was 17 when she began dating her teammate. While Kaitlyn’s father, Steven Hunt, has stated in an online petition that both girls were minors when the relationship began, the arrest affidavit states that the relationship began in November 2012, when Kaitlyn would have been 18.