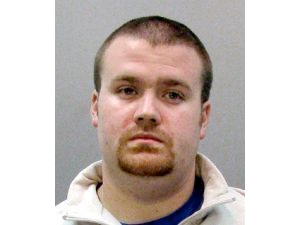 An Alabama man who was punished with only probation for three rape convictions in a case involving an underage girl does not have to serve prison time, a state criminal appeals court ruled Friday.

Clem was convicted on one count of first-degree rape and two counts of second-degree rape. In November, a judge sentenced Clem to a mere three years of probation, touching off a national outcry and prompting Limestone County District Attorney Brian Jones to make a series of legal moves to ensure that Clem would be incarcerated. Friday’s order is a response to Jones’ second request that the court find that Clem’s sentence was illegally lenient.

Under the appeals court’s Friday decision, Clem will serve the punishment he was handed by a county judge when he was resentenced December 23—five years of probation, and prison time of up to 35 years if he violates the terms of his probation.

In November, Limestone County Circuit Judge James Woodroof, the judge in Clem’s case, sentenced him to a total of 40 years in prison. But Woodroof structured the sentence so that Clem would only serve three years of probation and two years in a community corrections program designed for nonviolent criminals. While on probation, Clem is free to live at home with his wife and three daughters.

“After consultation with the victim’s family, we are in the process of examining our legal options,” Jones wrote in an email to Mother Jones.

Clem’s lenient sentence caused national outrage. His victim, Courtney Andrews, appeared on Melissa Harris-Perry’s MSNBC show to call for a tougher punishment. Shortly after the original November sentencing, Jones filed a petition for a writ of mandamus with the Alabama Criminal Court of Appeals. In the petition, Jones argued that Clem’s sentence was illegal under Alabama sentencing statutes. The appeals court agreed, and in early December, it ordered Woodroof to mete out a stiffer penalty. In response, Woodroof increased Clem’s probation to five years.

After that, Jones filed a second petition calling for Clem to be sentenced to prison time.

In a response Friday to Jones’ petition, presiding Judge Mary Becker Windom wrote that Jones “cannot satisfy the heavy burden” needed for the appeals court to compel Woodroof to alter his sentence of late December.

Remarks made by Clem’s defense attorney in November have compounded the outrage over the lenient sentence. Clem’s attorney, Dan Totten, told Mother Jones that while Clem’s punishment “would seem to be relatively mild,” in actuality, “it’s not a slap on the wrist.”

“His lifestyle for the next six years is going to be very controlled,” Totten continued. “If he goes to a party and they’re serving beer, he can’t say, ‘Can I have one?’ If he wanted to go across the Tennessee line, which as the crow flies is eight or nine miles from his house, and buy a lottery ticket, he can’t do that.”

Although he did not call any witnesses at trial, Totten accused Andrews of inventing rape accusations as revenge against Clem for breaking off their consensual affair. Totten also noted that he and the judge, Woodroof, are childhood best friends.

“I want to applaud the courage of Courtney Andrews and her family throughout this entire ordeal,” Jones added on Friday. He would not comment on his office’s next course of action, saying that now, “we work on Plan C.”