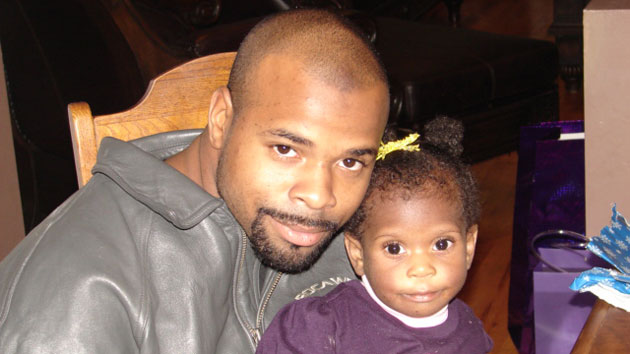 Sharif Mobley with his daughterCourtesy of the Mobley family

Sharif Mobley—an American accused by the US government of wanting to join Al Qaeda, and by the Yemeni government of shooting a prison guard—has disappeared from the Sana’a prison where he was being held, his lawyer, Cori Crider of the British charity Reprieve, said Monday. Crider believes the Yemeni secret police are holding Mobley in an undisclosed location, and has written to the US Embassy requesting the government’s help. “We have not had any news of [Mobley] for 39 days, despite strenuous attempts to locate him,” she wrote.

Mobley’s is one of the forgotten stories of the war on terror. In early 2010, the New Jersey-born Muslim was living in Sana’a, Yemen’s capital. He says he had moved there to study Arabic; US officials have told reporters that he planned to join Al Qaeda. Mobley was running errands one morning, he says, when he was kidnapped by Yemeni secret police, shot in the leg, and held incommunicado, tortured, and interrogated for weeks.

During this time, FBI agents visited and questioned Mobley, leading him to believe that the Yemeni government had arrested him and tortured him on behalf of the US government. (Documents Crider obtained through the Freedom of Information Act in 2012 proved that the US government was aware of Mobley’s detention even as US officials were telling his wife they did not know where he was.) Eventually, Mobley tried to escape, and US and Yemeni officials say he shot and killed a guard in the process. He’s been held in the Sana’a central prison ever since. His supporters believe that he was a victim of proxy detention—civil libertarians’ term for the US government’s practice of having allied countries detain suspects the United States doesn’t want to arrest and detain itself.

Mobley disappeared sometime between February 27, when Crider’s colleagues saw him there last, and March 22, when they visited the prison and discovered he was nowhere to be found. The timing is noteworthy for a couple reasons. The same week Mobley turned up missing, Kel McClanahan, an American lawyer who helped with Crider’s FOIA, filed suit in federal court in Washington alleging that the FBI had hacked his emails after he obtained classified documents relating to the case.

Moreover, just before Mobley disappeared, Crider and her team were about to publicize a bevy of US government documents they obtained through FOIA. “I am certainly concerned that this is about someone trying to discourage embarrassing evidence from coming to light,” she wrote in an email. “Why move him now? There have been security incidents in the centre of town, but that has been the case before. So all is very odd.”

The big question now is whether the US had any connection to Mobley’s latest disappearance. It’s not so far-fetched. Consider the case of Abdulelah Haider Shaye, a Yemeni journalist who had been accused of associating with Al Qaeda because he had interviewed Anwar al-Awlaki, the now-dead American Al Qaeda propagandist. In February 2011, Yemen was set to release Shaye. But, as Jeremy Scahill reported in The Nation, President Barack Obama intervened personally to prevent Shaye’s release. The journalist was held for another two years.

The State Department said it was aware of “reports” that Mobley had been moved but couldn’t comment further out of concern for his privacy. A spokesman for the Yemeni embassy said he didn’t know where Mobley was, but he’d check.

Update, Wednesday, April 9, 10:15 a.m. EST: Mohammed Albasha, a spokesman for the Yemeni embassy, said Wednesday morning that Mobley is now in the Sana’a central prison, where he was in February. Albasha wouldn’t say whether Mobley had been taken elsewhere previously, but added that “legal counsel and relatives and family should coordinate with the US Embassy in Sana’a regarding other matters such as visitation.”

We have yet to receive any official confirmation of the information which you reported from Mohammad al-Basha, regarding Sharif [Mobley]’s presence in the Central Prison. To the contrary, we received a second email from the [US] Embassy last night, in which the representative wrote “We have contacted all the possible locations where he could be held. We have received denials from everyone except the Ministry of the Interior who said they would get back to us. We are sending a diplomatic note out tomorrow and pressing to visit Mr. Mobley… I agree we should be getting official confirmations on his whereabouts and his situation. However none of the officials we contacted feel comfortable giving us a direct answer.” So, from our side, we still very much believe Sharif to be out of contact.

You can read Crider’s full exchanges with the embassy here and here. Crider said in an email Wednesday that if Mobley is now in the central prison, “they moved him back because of your article.”

Here’s the letter Crider sent to the US Embassy: