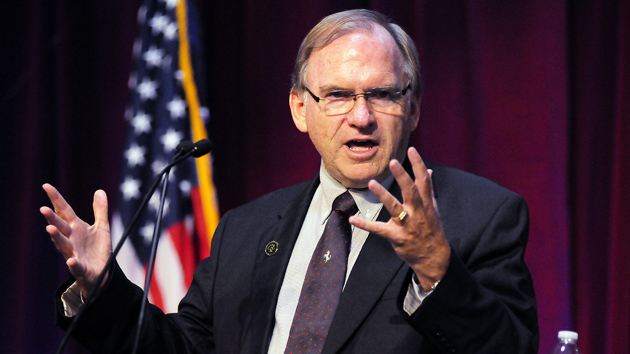 The New Mexico Attorney General’s office is opening a criminal investigation into missing and/or destroyed emails covering part of Republican Gov. Susana Martinez’s tenure as a district attorney and also the tenure of Martinez’s successor, Amy Orlando, a close friend of the governor. Complicating the investigation is the fact that New Mexico’s AG, Democrat Gary King, is Martinez’s opponent in this year’s gubernatorial race.

The investigation was triggered by an internal report released last week by the district attorney in New Mexico’s Third Judicial District. As I reported, it found that many emails sent and received by staff members inside the Third Judicial District office were apparently “deleted and/or removed” during the period when Martinez and later Orlando headed the office. Those missing emails—which are state property—likely include messages to and from Martinez herself, who served as DA until she became governor in 2011.

Martinez handpicked Orlando as her successor, but her term was shortlived. In 2012, Orlando lost her DA election to a former FBI agent and federal prosecutor named Mark D’Antonio, who is a Democrat. It was D’Antonio who forwarded his office’s findings to the AG for further investigation.

At a Monday afternoon press conference, King, the state AG, made a brief appearance in which he said that the disappearance of the emails in question “appears not to be the result of an inadvertent clerical error or policy but rather the planned intentional destruction of vital government records.” Dave Pederson, the general counsel in the AG’s office, downplayed the potential conflict of interest posed by King’s gubernatorial run and said this case “goes way beyond simply pressing the delete button on certain emails or electronic files.” According to the Santa Fe Reporter, Pederson declined to tell reporters which statutes may have been violated to avoid alerting potential targets.

Orlando is currently the general counsel at the state’s Department of Public Safety (DPS). Her boss, DPS Secretary Greg Fouratt, dismissed the AG’s investigation as “nothing more than a clumsy and amateur political stunt coordinated between a DA with what appears to be a personal vendetta and a gubernatorial candidate who’s just a few weeks away from an election.” Orlando herself slammed last week’s report on the missing emails as an “amateurish political stunt on the eve of an election” that was filled with “baseless innuendos.”