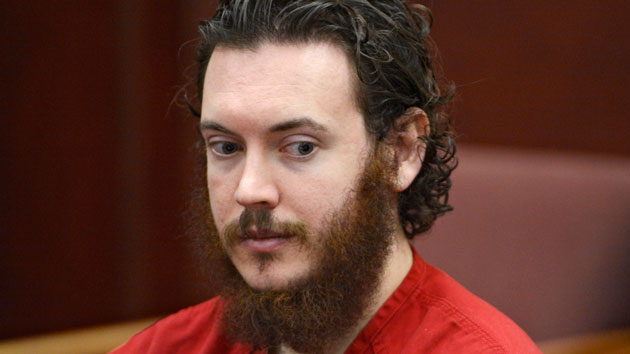 Three years after he killed 12 people and injured 70 more in a movie theater in Aurora, Colorado, a jury has found James Holmes guilty of first degree murder.

The jury concluded that Holmes was not legally insane at the time he committed the crimes, despite evidence of mental illness. Holmes’ mental state will come into play again in the penalty phase of the trial, in which jurors will hear testimony and decide whether he is eligible for execution.

Which raises the question: How crazy is too crazy to be executed? Here’s how capital defense lawyer and occasional Mother Jones contributor Marc Bookman put it in a remarkable essay with precisely that title:

There is no simple answer to this question. State courts across the country have struggled to define “intellectual disability” (also known as mental retardation) since 2002, when the Supreme Court ruled that retarded people are exempt from capital punishment. The high court has also banned the execution of anyone who was under 18 at the time of his crime, but no court has ruled that severe mental illness makes a person ineligible for the death penalty.

The Supreme Court’s latest foray into the issue involved the case of Scott Louis Panetti, another Texas death row inmate. Panetti, a diagnosed schizophrenic who killed his in-laws, defended himself in court wearing a purple cowboy suit. As if that weren’t enough, he asked to subpoena Jesus, John F. Kennedy, and the pope. While the justices didn’t offer any clear standard on how crazy is too crazy, they suggested that severe mental illness might render someone’s “perception of reality so distorted” that he cannot be constitutionally executed.

As it stands, a person cannot be put to death if he or she is deemed “insane,” but that’s a narrow legal distinction. Whether at trial or on the eve of execution, an insanity defense hinges on a defendant’s inability to connect his crime with the consequences. Absent that connection, neither deterrence nor retribution is served by execution. As the legal scholar Sir William Blackstone put it more than 200 years ago, madness is its own punishment.

Almost every state now utilizes some version of what is known as the M’Naghten Rule. Daniel M’Naghten, an Englishman, was put on trial in 1843 for fatally shooting a civil servant he apparently mistook for the prime minister. He had delusions of persecution, and a number of doctors testified that he was unable to hold himself back. When the prosecution produced no witness to say otherwise, M’Naghten was found not guilty by reason of insanity. He spent most of the rest of his life at the State Criminal Lunatic Asylum in London’s Bethlem Royal Hospital, which locals pronounced “Bedlam.”

Thus was coined a word we associate with chaos—and it was chaos that ensued when M’Naghten was acquitted and the public took the verdict poorly. What emerged amid the outcry was the generally applied law that an insanity defense would only be available to someone who cannot understand the “nature and quality” of his act.

In a more recent piece focusing on the Panetti case, staff reporter Stephanie Mencimer digs deeper into the high court’s thinking, and demonstrates in a followup analysis why it is so difficult, once a case gets to this stage, to reverse momentum toward a verdict of death.