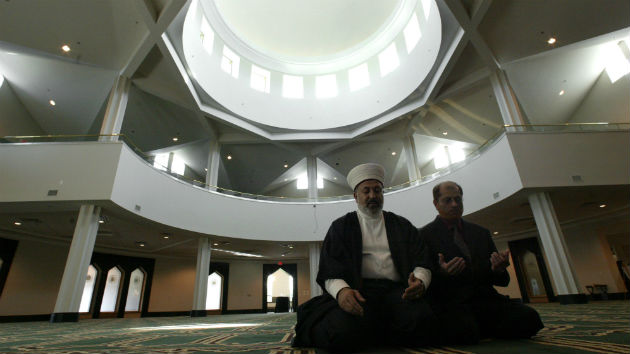 One day after the deadly terror attacks in Paris, a woman in Michigan went on Twitter and threatened to “send a message to ISIS.” How? By violently targeting Dearborn, Michigan, a Detroit suburb where more than 40 percent of the population is of Arab ancestry. In response, the head of the FBI’s Detroit office announced an investigation into a string of recent threats in the city. (Sarah Beebee, the woman who sent the tweet, publicly apologized.)

Since the Paris attacks, there have been similar incidents across the United States, from vandalized mosques to threats of violence, rattling Muslim Americans.

Based on the latest FBI hate crime figures, these incidents are on the rise. The most recent FBI data, released last Monday, indicates that hate crimes based on race, ethnicity, religious beliefs, or sexual orientation have dropped across the board—with the exception of crimes against Muslim Americans. In 2014, even as the total number of hate crimes dipped nearly 8 percent from the year before, anti-Muslim hate crimes rose 14 percent.

While anti-Muslim incidents have risen, they trail behind incidents targeting Jewish Americans. Last year, 609 hate crime incidents were reported against Jews, the highest number of crimes based on religious beliefs—and four times the number of anti-Muslim crimes. As Christopher Ingraham at the Washington Post points out, these figures are likely undercounted, since police departments’ participation in the FBI’s crime assessment is voluntary and some departments track figures better than others.

Some bright spots can be found in the FBI data: Crimes against people based on their sexual orientation and gender identity dropped from 1,264 in 2013 to 1,115 in 2014. And recorded incidents against Hispanic and black Americans dipped nearly 13 percent and 10 percent, respectively.

The uptick in crimes against Muslim Americans, though, signals a troubling trend that lingers more than 15 years after the terror attacks on September 11, 2001. Ibrahim Hooper, a spokesman for the Council on American-Islamic Relations, described the climate in the aftermath of the Paris attacks as “increasingly bleak.” “There’s been an accumulation of anti-Islamic rhetoric in our lives and that, I think, has triggered these overt acts of violence and vandalism,” he recently told the Chicago Tribune.

Between 1996 and 2000, according to the Washington Post, the FBI recorded between 20 and 30 hate crime incidents against Muslim Americans. In 2001 alone, the figure skyrocketed to nearly 500. Even before the terrorist attacks in Paris, the number of anti-Muslim hate crime incidents remained roughly five times as high as it was before 9/11.