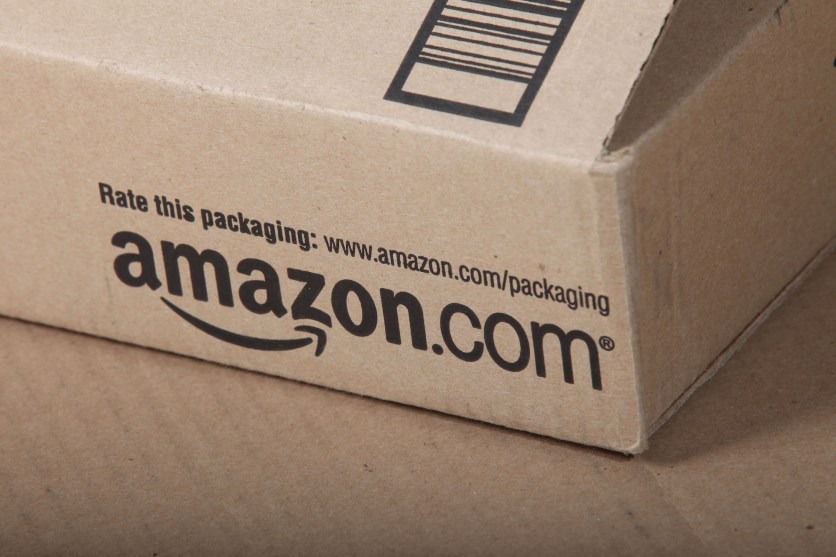 President Donald Trump’s latest Twitter punching bag has been the online retailer Amazon, which he accused of paying “little or no taxes to state & local governments.” The accusations were misleading, but they sparked a national discussion over online sales taxes. Fortunately, the matter could soon by settled—by the Supreme Court.

On April 17, the court will hear South Dakota v. Wayfair. The outcome of the case could determine whether states will finally be able to force internet-based companies to collect sales taxes and pay them to the state governments where their customers live.

The decision probably won’t have a huge impact on Amazon, though. What Trump said about the company was wrong. Unlike a lot of online companies, Amazon collects sales taxes in every state that has a sales tax, though it doesn’t collect many local or municipal sales taxes, nor does it collect sales taxes for the third-party sellers who use the platform. But the company is on record as supporting online sales tax collection nationally. It has an incentive to do so, because many of its rivals don’t collect sales taxes. Three of those competitors—Wayfair, Overstock, and Newegg—are involved in the Supreme Court case.

These companies can evade state sales tax collection because of a 1992 Supreme Court case, Quill Corp. v. North Dakota, that predated Amazon and mostly dealt with mail-order catalogs, in an era when people paid with paper checks. The Quill decision forbade states from interfering with interstate commerce by taxing companies that don’t have a physical presence within their boundaries.

The ensuing disparity in tax treatment has long rankled brick-and-mortar retailers, who must charge the taxes and feel that they’ve been put at a huge competitive disadvantage against companies like Amazon as a result—a sentiment Trump was clearly tapping into with his Twitter attack. States have argued that the decision has resulted in sharply reduced tax revenues, to the tune of about $34 billion a year. In its Supreme Court briefs, South Dakota says the inability to collect online sales taxes costs the state more than $50 million a year. Trump might not be able to do much about this situation beyond his Twitter war. But the Supreme Court can.

In 2015, a similar issue came before the court in Direct Marketing Association v. Brohl, a Colorado case involving the state’s attempt to collect taxes from online retailers indirectly by making them report sales to the state. Online retailers sued over the scheme, and the Supreme Court allowed the case to proceed. But Justice Anthony Kennedy, in a concurrence, recognized the “startling revenue shortfall” suffered by the states because of the 1992 decision, and he declared that the court should reconsider it. He said the Colorado case wasn’t the right vehicle for such a challenge, but urged the “legal system” to find a case that was.

South Dakota responded to the call almost immediately. In 2016, it passed a law requiring out-of-state retailers that do more than $100,000 of business in the state online to collect state sales taxes. It did so knowing full well that under Quill, the law would be considered unconstitutional. Three companies refused to comply with the law: Wayfair, the home furnishing retailer; Newegg, a consumer electronics firm; and Overstock, an online retailer that sells just about everything. The state sued them to enforce the law, and the state Supreme Court ruled in favor of the companies, setting the stage for the US Supreme Court to revisit the issue.

Wayfair, Newegg, and Overstock argue that the states are overstating how much revenue they’re losing because of Quill, especially now that Amazon is collecting sales tax everywhere. (The companies say South Dakota’s lost revenue is closer to $21 million, not $50 million.) And the companies say that despite what the states have argued about technological advances, it’s not easy or cheap for such companies to set up systems to calculate and collect sales taxes for online sales, particularly for the small businesses that would be most hurt by overturning Quill.

The companies also argue that the tax issue should be resolved by Congress, not the courts. But South Dakota and the many parties supporting its case say that Congress has failed to address the problem for nearly 20 years, making the court the only recourse for cash-strapped states. Many small businesses have weighed in to support South Dakota—most notably the association representing independent bookstores across the country, which filed a brief in the case arguing that the disparity in tax treatment hurts brick-and-mortar stores.

In its briefs, South Dakota pushes back against the online retailers’ claims of hardship in collecting taxes. As a sign of how easy it is for online companies to collect sales taxes, the state points to Systemax, a company that initially refused to comply with the new tax law in South Dakota. After the state sued it, Systemax threw in the towel, applied for a sales tax license, and began collecting taxes under the law the very next day.

South Dakota has a good shot at winning its case. Only two of the original justices who decided Quill are still on the court, Kennedy and Clarence Thomas. Both of them have suggested that the 1992 decision is badly outdated and out of sync with the modern internet marketplace. The court’s newest justice, Trump appointee Neil Gorsuch, had an opportunity to weigh in on the Quill precedent when he was a judge on the 10th Circuit Court of Appeals. In the same Colorado case that Kennedy would ultimately rule on, Gorsuch was critical of the current sales tax regime, writing that under Quill, out-of-state internet-based companies “seek more favorable treatment, a competitive advantage, a sort of judicially sponsored arbitrage opportunity or ‘tax shelter.’”

The Trump administration has sided with South Dakota in the case, and with three votes already leaning against them, the online companies hanging onto a precedent designed for the Sears catalog and SkyMall face an uphill battle. The case will be decided by the end of June. Whether an official court ruling on the matter will put an end to the president’s misleading claims about online sales taxes remains to be seen.

This story has been updated to clarify the details of the Colorado case.