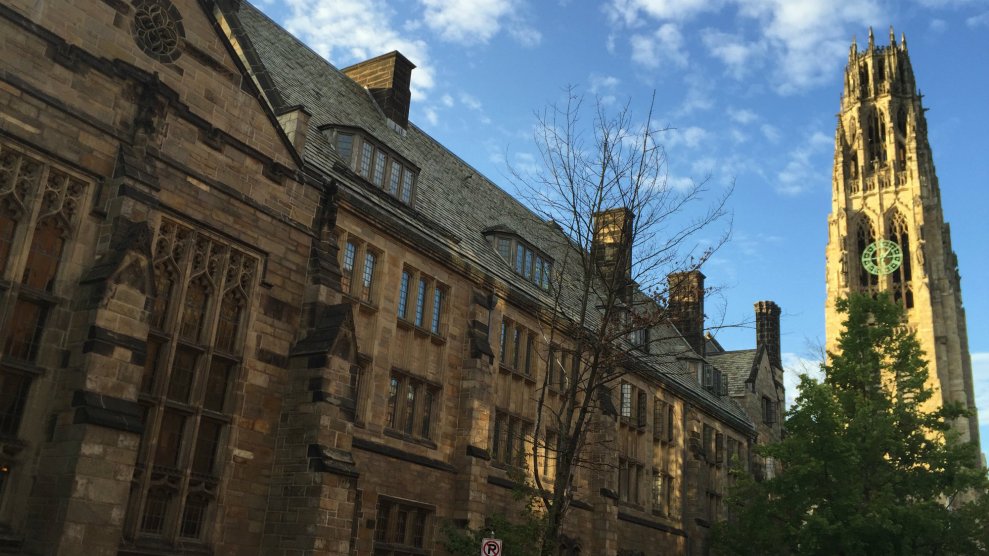 On Tuesday, a black graduate student at Yale University posted video of her encounter with law enforcement after a white classmate called the police on her for sleeping on the couch in the common room of the campus building where they both lived. In the video, Lolade Siyonbola says the student who dropped a dime on her—whom she identified as Sarah Braasch—also called police on a friend of hers “a few months ago.”

That friend, Reneson Jean-Louis, had a lengthy Facebook post on Tuesday describing in detail what he says occurred when he encountered Braasch in February. (Braasch has not responded to an email seeking her account of what happened.)

“I told her I was a Yale student lost, but waiting on a friend…the individual then began talking over me and called me an intruder.”

Jean-Louis was supposed to meet Siyonbola at the apartment building’s common room, he wrote. He rode the elevator, along with Braasch, to the building’s 12th floor, where he believed the room was located, and then wandered around looking for it. He wrote that he then saw Braasch leaving a room that seemed to be the one he was seeking. He asked, and she confirmed, that it was indeed the common room, but she proceeded to block his way in. “She then began to interrogating me about my being in HGS,” he wrote. “I told her I was a Yale student lost, but waiting on a friend for aid and that I had a meeting in the Common Room. The individual then began talking over me and called me an intruder.” You can read the whole thing here.

In 2011, a blog called Daylight Atheism published an essay by Braasch, who studies Philosophy, under the headline, “Be Careful What You Wish For (Why I Hate Hate Crimes Legislation, But I Love Hate Speech).” A related 2010 article was taken down from the website of The Humanist: “We have removed the article “Lift the Veil, See the Light” by Sarah Braasch (published in the Sept/Oct 2010 issue of the Humanist magazine) from our website,” the editors wrote, “after it was brought to our attention that it contains racially offensive argumentation.”