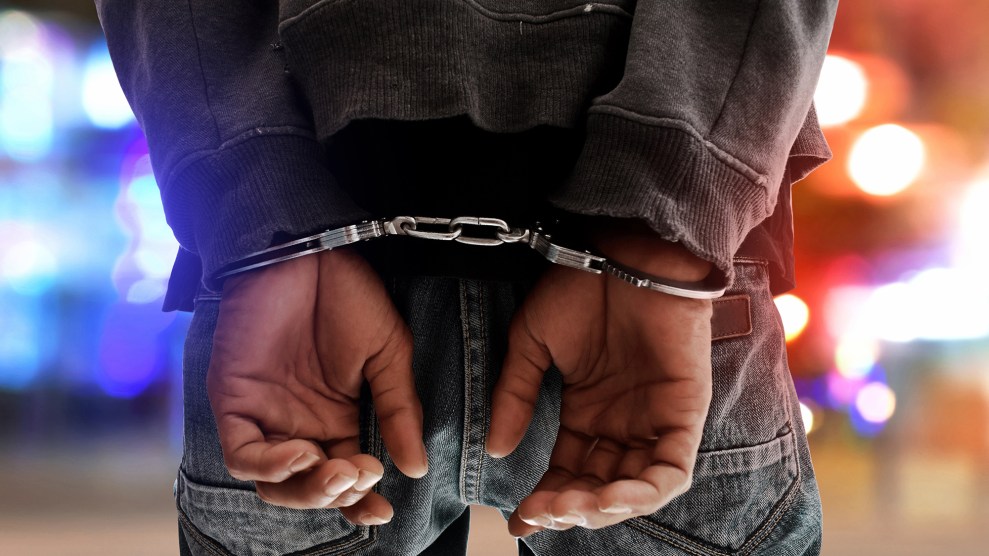 Fresh on the heels of abolishing its cash bail system, California could soon usher in a series of new criminal justice reforms. Eight bills dealing with everything from police accountability to juvenile detention are now on the desk of Gov. Jerry Brown, and they’ll become law if he doesn’t veto them by Sunday.

It’s not clear which bills he may sign, but advocates of criminal justice reform are hopeful about the proposals passed by California’s Democrat-controlled Legislature. “It’s noteworthy—and encouraging—that all except for one aim to reduce punishments, improve rehabilitation, and check abuse of law enforcement power in one way or another,” says Michael Romano, an attorney and lecturer at Stanford Law School who has co-authored ballot initiatives aimed at reforming the state’s three-strikes law. “We’ve seen more positive criminal justice reform in California’s state Legislature in the last few years than we’ve seen possibly in the past prior several decades,” says Lenore Anderson, head of the nonprofit Californians for Safety and Justice, which is advocating a change to the state’s felony murder rule.

Anderson attributes the wave of reform bills in part to the influence of California voters, who have recently passed several ballot initiatives aimed at cutting the size of the state’s prison population, which accounts for about a tenth of the country’s inmates. “Voters have spoken loud and clear, saying to leaders, ‘We want to reduce incarceration, we want more investment in rehabilitation.’ Those messages are starting to reach the Statehouse.”

Here’s a roundup of the bills on the governor’s desk and what they would do:

Senate Bill 1437 would revise California’s felony murder rule, which holds that anyone who commits certain felonies may be convicted of murder if a death occurred during the commission of the crime, regardless of who the killer was. In other words, criminals can be sent to death row or prison for life—even if they never laid a finger on the victim or didn’t intend to harm anyone—if an accomplice murdered someone. In one instance, reported by the Marshall Project, five teenagers went to buy marijuana at a house near Malibu in 1995; four were convicted of murder after one of them fatally stabbed someone during the drug deal. Most were sentenced to life in prison.

Under SB 1437, murder convictions in these felony cases would be limited to the person who actually committed the killing, those who assisted the killer and intended to take a life, and those who participated in the felony while acting with “reckless indifference” to human life. The bill would apply retroactively, allowing hundreds of people who are currently serving time for felony murder—disproportionately women and young men of color—to petition the court for shorter sentences. In the 1980s, the state’s Supreme Court described the felony murder rule as a “barbaric” policy from a “bygone age,” but said lawmakers were the only ones who could change it. According to the Marshall Project, the United States is the only country that still enforces the felony murder rule, though Hawaii, Kentucky, Massachusetts, Michigan, and other states have abolished it in recent decades.

Keep young kids out of jail

Senate Bill 439 would keep most kids younger than 12 away from the juvenile justice system. Unlike 21 other states, California currently doesn’t have a minimum age limit for juvenile courts, which means children as young as five are sometimes prosecuted. In a recent op-ed supporting SB 439, Laura Garnette, chief probation officer for Santa Clara County, described a 10-year-old who had been detained in juvenile hall for a minor offense. “The justice system is no place for very young children,” she wrote. “We had to give him a box to stand on so he could peer out the window of his cell. He couldn’t reach the privacy curtain in his cell to use the toilet. And he felt so alone and scared that we bought him stuffed animals to comfort him.” Last year, 637 kids younger than 12 were referred to probation in California, mostly for minor offenses, like curfew violations and misdemeanors. The bill on Brown’s desk would encourage law enforcement to release kids to their parents or guardians instead. However, young children who are accused of murder, rape, and violent sexual crimes could still be brought to juvenile court.

Prevent some teens from being tried as adults

Senate Bill 1391 would prohibit prosecutors from recommending that 14- and 15-year-olds be tried and sentenced as adults. Currently, teens this age who commit certain serious crimes can be transferred to adult courts with a judge’s approval. Once in the adult system, they can face lengthy sentences and even life in prison. Supporters of the bill argue that kids are less culpable than adults because their brains are not fully developed. “Cognitive science has proven that children and youth who commit crimes are very capable of change,” says Democratic state Sen. Ricardo Lara, who introduced the measure. “Sending youth to an adult prison does not help our youth and does not make our communities any safer.” The legislation was opposed by the California District Attorneys Association and the California State Sheriffs’ Association.

Senate Bill 1421 would make police disciplinary records available to the public when an officer commits sexual assault or lies on the job. The bill, introduced by state Sen. Nancy Skinner of Berkeley, would also allow people to request access to investigations or records related to an officer’s use of serious or deadly force. Currently, as the San Francisco Chronicle reports, police personnel records are shielded from public scrutiny, even when there has been substantiated misconduct. The Peace Officers Research Association of California, an organization representing police officers, opposed the bill, arguing it could lead to a wave of lawsuits against police departments, “forcing them to expend a great amount of public funds on defense rather than on more important community needs.”

Under Assembly Bill 748, starting in July 2019, police departments would be required to release body camera footage within 45 days of any shooting or use-of-force incident that resulted in death or serious injury, unless they submit a written explanation for why doing so would “substantially interfere” with an investigation. Police in the state have shot and killed more than 80 people this year, according to a Washington Post database. The American Civil Liberties Union, which endorses the bill, says police in California killed 172 people last year. “When this happens, families and communities rarely get answers to their questions,” says Peter Bibring, the police practices director for the ACLU of California. “The public gives police the authority to detain, arrest, and use force. Californians have a right to know how police use and abuse those powers—and whether departments are holding officers accountable.”

Get kids with cognitive problems out of juvie faster

Assembly Bill 1214 would limit the amount of time children can be held in juvenile hall without a trial. Currently, some may languish there for months or even years because a judge has determined they are “mentally incompetent”—meaning mental illness, intellectual disability, or developmental immaturity makes them unable to understand the charges against them or assist their attorneys.  While California law limits the length of time mentally incompetent adults can be confined—usually in hospitals—while awaiting trial, no such cap exists for children, who are regularly held in juvenile hall instead.

The bill would set a time limit of six months for most incompetent kids and 18 months for those accused of certain violent crimes. It would also spell out the types of services they should receive, including therapy and medication. According to California Assemblyman Mark Stone, who introduced the legislation, about 300 of the estimated 7,000 wards in California’s juvenile justice system last year were not getting the help they needed to become competent for trial. (For more on this bill, check out my article on it.)

Make it easier to reduce sentences

Assembly Bill 2942 would make it easier for prosecutors to retroactively recommend shorter sentences for inmates. Prosecutors can currently ask for changes to old sentences only under certain circumstances, like if new evidence emerges or sentencing laws shift, but not if they believe the original punishments were too harsh. Supporters of the bill, including a host of Bay Area district attorneys, say the measure would be the first law nationally to give prosecutors the authority to recommend shorter sentences “in the interest of justice.” It could particularly help inmates serving lengthy terms under California’s three-strikes law. As the Appeal notes, about 80 percent of prisoners in the state were working through punishments with some form of sentence enhancement in 2016.

Senate Bill 215 would amend legislation passed earlier this year that allows judges to send criminal defendants to community mental health treatment rather than making them go through trial. As the Los Angeles Times reports, “Some prosecutors and radio talk show hosts went nearly berserk, claiming that murderers and rapists would now go free simply by telling some gullible judge that whatever they did was due to health problems.” This bill seeks to appease those critics, making defendants ineligible for these diversion programs if they are accused of murder, voluntary manslaughter, or rape.

The bill comes as the state’s jails are struggling to house a growing population of people with mental illness. The number of California inmates found mentally incompetent for trial has shot up by a third over the past three years, according to the Los Angeles Times. And many stay behind bars because state hospitals don’t have enough beds for them. As of late last year, 840 inmates were on wait lists for mental health treatment facilities. Prior to their arrest, nearly half had been homeless and could not access California’s health care system for low-income people.