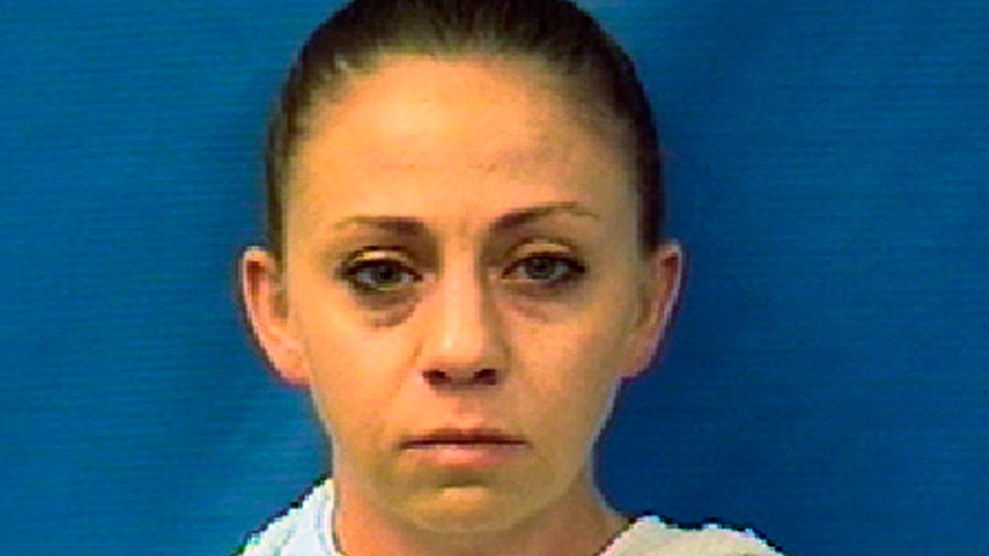 A former Dallas police officer has been indicted on a murder charge for fatally shooting an unarmed black man in his own apartment in September.

Amber Guyger, a white officer who was off duty at the time of the incident, shot 26-year-old Botham Shem Jean after entering his apartment, which she told investigators she had mistaken for her own home. She said she opened fire because she thought he was an intruder. Court records of the indictment were posted on Friday, ahead of an official announcement of the grand jury decision.

Guyger was arrested on a charge of second-degree manslaughter in the days after the September 6 shooting and released on $300,000 bond. The Dallas Police Department fired her later that month. As my colleague Brandon Patterson reported:

In the arrest affidavit…police assert that Guyger, still in uniform after a 15-hour shift, parked on the fourth floor of the complex rather than the third, where she lives. She headed toward Jean’s apartment, located directly above her own.

When Guyger arrived at Jean’s door, according to the affidavit, she stuck her key in the lock, but the door was slightly ajar and opened fully when she tried to unlock it—this “alerted Complainant Jean to Guyger’s presence.” The officer then noticed “a large silhouette across the room of her apartment.” Believing she’d caught a burglar in the act, the affidavit continues, Guyger drew her gun, “gave verbal commands that were ignored,” and then fired twice, striking Jean once in the torso. He died at the hospital.

This account, written by an officer with the Texas Rangers, the state agency investigating the shooting, conflicts with an earlier account from a search warrant written by another ranger. That document asserts that as Guyger was “attempting to enter” the apartment, Jean “confronted the officer at the door,” and a neighbor said “he heard an exchange of words” before shots were fired.

Attorneys for Jean’s family challenged the new affidavit in a press conference…One of the attorneys, Lee Merritt, said one witness who was reading in her apartment at the time of the incident told him she heard “pounding at the door” followed by a female voice shouting, “Let me in!” prior to the gunshots—both of which, if true, would suggest that Jean’s door was closed and he had opened it. The witness then heard a man say, “Oh my God! Why did you do that?”—Jean’s last words, the attorneys speculate. That same witness has since given a statement to the DA’s investigators, according to Merritt, and another tenant also said they heard pounding.

Jean, an accountant, was born in St. Lucia but was a naturalized US citizen. His family has filed a lawsuit against Guyger and the city of Dallas, arguing that Guyer used excessive force and did not receive proper training from the police department.