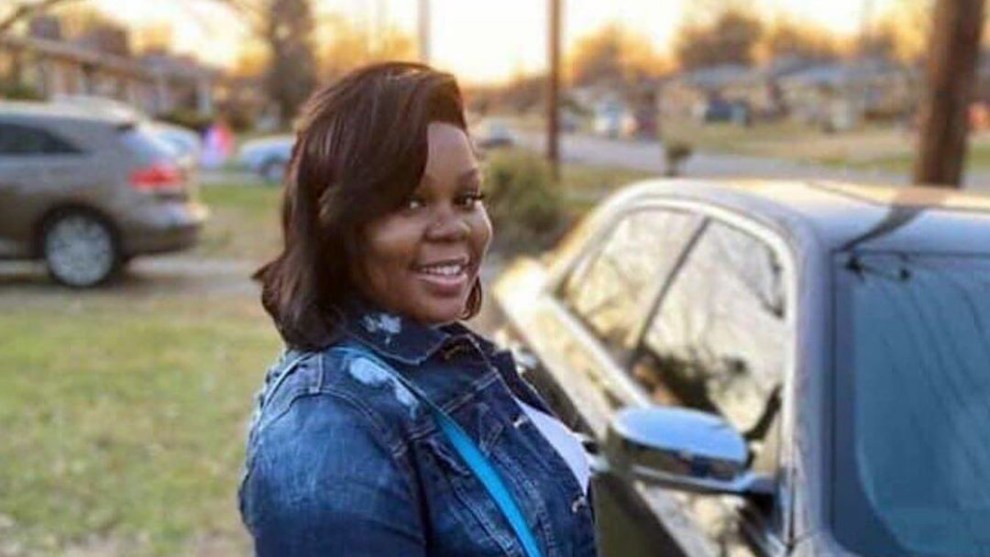 In mid-March, police officers barged into Breonna Taylor’s home in Louisville, Kentucky, in the middle of the night and discharged a spray of bullets that struck and killed the 26-year-old EMT. More than two months later, leaders in her city are taking steps to make it harder for officers to enter homes without knocking.

On Monday, Louisville Mayor Greg Fischer announced that the police chief will now have to sign off on all no-knock warrants, the type of search warrant officers obtained to enter Taylor’s home as part of a drug investigation. But it’s unlikely Taylor will be the last Black woman to lose her life as a result of these warrants: Research shows that Black and Latino people have long been disproportionately affected by these kinds of raids, and tens of thousands more will likely be targeted within the year.

“They don’t do this in other neighborhoods,” Benjamin Crump, a civil rights attorney representing Taylor’s family, said in a press call last week. Crump has also represented the families of other Black shooting victims around the country, including Trayvon Martin, Michael Brown, Tamir Rice, and Ahmaud Arbery. “If this was another household in a more affluent community, lightning would strike and thunder would groan” if such a warrant were issued, Crump said.

Taylor, 26, and her boyfriend, Kenneth Walker, were in bed when they heard the officers enter at around 12:40 a.m. on March 13. According to the search warrant, police believed a suspected drug dealer named Jamarcus Glover—who did not live with Taylor and had already been arrested elsewhere—was keeping drugs or money at her house.

Walker, thinking the plain-clothes officers were intruders, called 911. He then pulled out his gun and fired a shot at one officer’s leg. The officers responded with more than 20 rounds of bullets that sailed through the kitchen and living room, fatally striking Taylor eight times. Bullets also flew into an adjacent home, where a pregnant woman and a five-year-old child slept. The officers found no drugs on the premises. They promptly charged Walker with attempted murder.

Walker was a legally registered gun owner, and Kentucky’s Stand Your Ground law allows people to use deadly force against an intruder at home. But the law doesn’t apply when the intruder is a police officer who identifies himself as such. The Louisville officers claim that even with their no-knock warrant, they knocked and announced themselves before forcibly entering Taylor’s home. According to lawyers for her family, neighbors say they heard no knock.

Neither Taylor nor her boyfriend had a criminal record for drugs or violence, the lawyers say. In a lawsuit filed in late April, they accuse the police of negligence, excessive force, and wrongful death. Kentucky Gov. Andy Beshear last week described reports of the killing as “troubling” and called for an investigation. Responding to Taylor’s death, Kentucky Sen. Rand Paul told the Courier-Journal he thought no-knock warrants should be forbidden.

Historically, police officers executing a warrant were supposed to knock, announce themselves, and wait before entering a person’s home. But in the 1970s and ’80s, as the war on drugs ramped up, many officers argued that drug dealers would take advantage of the warning to destroy evidence or arm themselves. Judges began approving more no-knock warrants, along with “quick-knock” warrants, another type that requires officers to knock but allows them to barge inside seconds later. Around the country, no-knock and quick-knock drug searches surged—from around 3,000 in 1981 to at least 60,000 annually in recent years, according to Peter Kraska, a professor at Eastern Kentucky University who studies these raids. In many cities, it’s rare for a judge to deny an officer’s request for a no-knock warrant, partly because it’s easy to argue a suspect will be dangerous when you consider that 4 in 10 American adults live in a home with a gun.

As the number of raids increased, so did the toll on Black families. “The war on drugs has always been predominantly prosecuted against minority communities, so the bulk of no-knock raids are executed against those same people,” says Kraska.

Black people and Latinos accounted for 61 percent of the people targeted by SWAT drug raids.

The officers who killed Taylor wore plain clothes. Usually, no-knock raids are carried out by trained SWAT or drug tactical teams with military-grade gear. In 2014, researchers at the ACLU studied more than 800 SWAT raids by law enforcement around the country. In total, they found that 42 percent of people affected by search-warrant raids were Black, and 12 percent were Latino. Nearly two-thirds of the raids were drug searches. Taken together, Black people and Latinos accounted for 61 percent of the people targeted by SWAT drug raids. And SWAT teams found contraband in only about a third of these cases, meaning that many innocent people were raided unnecessarily.

Others were killed or injured. In 2008, SWAT officers opened fire into the home of Tarika Wilson in Lima, Ohio. They were hunting for Wilson’s boyfriend, a suspected drug dealer, but instead they fatally shot Wilson, who was cradling her 14-month-old son. (Bullets hit the baby in the left shoulder and hand, but he survived.) In 2014, Georgia police threw a grenade into the crib of a 19-month-old toddler during a SWAT raid, burning the boy so badly he was placed into a medically induced coma; the officers, who said they hadn’t realized there were children in the home, were not charged.

In 2010, as portrayed in this Mother Jones investigation, Detroit police entered the wrong apartment during a no-knock raid and killed 7-year-old Aiyana Stanley-Jones as she slept on the couch. Between 2010 and 2016, at least 81 civilians and 13 officers died in forcible-entry SWAT raids around the country, according to a New York Times report. And Kraska, the professor, has documented about 330 no-knock or quick-knock raids in the past two decades that led to a killing or serious injury. “This is such an extreme, inherently risky, and violent approach,” he says. “It doesn’t make any sense to use this highly militarized approach for potential low-level drug possession or low-level dealing.”

While the Louisville police department will now require the police chief’s sign-off on no-knock raids, Kraska worries it’s a “pretty meaningless attempt at reform” because it’s contingent on the chief’s sensibilities. “If you have a progressive police chief who is concerned about citizens’ wellbeing, that’s a good idea,” he says, “but if you have a chief who thinks [raids] are the best way to fight the drug war, you could have a complete mess.”

Mayor Fischer acknowledged that the policy change was just a first step. “We know there needs to be more conversation on the use of these warrants,” he said Monday. (Quick-knock warrants will still be allowed without the police chief’s approval.) He added that the police department would expand its use of body cameras, which had not been worn by the officers who killed Taylor.

It may not have been the kind of justice Taylor’s mom, Tamika Palmer, imagined for her daughter. “I want them to say her name,” Palmer said in a recent interview with the Washington Post. Palmer says Taylor was scheduled to work a hospital shift the morning after she was shot. “There’s no reason Breonna should be dead at all.”