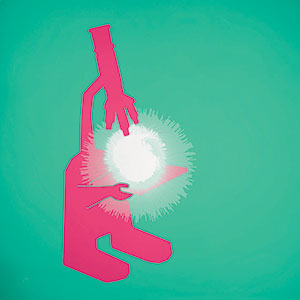 
As the rhetoric from the campaign trail demonstrates (remember the ad with John McCain at the wind-turbine factory?), nobody is against renewable energy. But no amount of green talk can change the fact that our economy is dangerously fossil-fuel based and foreign-energy dependent. The reasons are numerous, and in some cases notorious. Congress is hamstrung by pork-barrel politics and regional interests (e.g. West Virginia coal). We still don’t have a federal equivalent to the laws in more than half the states mandating a minimum level of renewable energy. Perverse incentives abound: Utilities, for example, make more money the more electricity they sell, so (with few exceptions—see “Your Electric Bill at Work“) they have little reason to promote conservation. Plus, energy issues are complex and technical, which makes it hard to figure out what our best options are—solar, nuclear, clean coal? Hydrogen fuel cells or plug-in hybrids?

These are the roadblocks and bottlenecks you know. But then there are the ones you don’t, many of which involve what can only be termed our gross national mismanagement of scientific resources. To wit:

the feds’ priorities. If it seems hard to believe that Detroit couldn’t see far enough ahead to recognize that the days of suvs and Hummers were numbered—well, Washington had no more foresight. Since Reagan took the solar panels off the White House in the 1980s, and all the way to the early 2000s, the share of total federal R&D funds dedicated to energy has plummeted from 15 percent to 1 percent. doe‘s annual research budget has finally been climbing for the last three years—though less than half of that increase is for renewables, with the rest directed toward coal and nuclear. And the boost, explains Kei Koizumi of the American Association for the Advancement of Science, won’t pay off right away: “It’s going to take time for research results to translate into new technologies, and even more time for these innovations to diffuse through a fairly well-established energy marketplace.”

Even with the recent increase, notes former Clinton administration energy official Joseph Romm, the priorities still seem skewed: “The federal government spends about $1 billion a year on R&D for energy-efficient and renewable-energy technologies that could prevent global warming, but close to $10 billion a year on strategic [missile] defense technologies that probably don’t work and can’t intercept the most likely means of delivering a bomb to the US—by ship or truck.”

industry’s sluggishness. From 1991 to 2003, corporate energy R&D investment in this country shrank by half; whereas pharmaceutical and tech companies typically invest between 5 and 15 percent of their returns in R&D, the average for energy companies was .23 percent.

But of course, the energy companies had different priorities—like coasting, basking, and preserving the status quo. That’s especially the case with Big Oil. An analysis by the Center for American Progress found that the top five oil companies—ExxonMobil, BP, Chevron, Shell, and ConocoPhillips—plowed a stunning 38 percent of their revenues between 2001 and 2006 into stock buybacks to increase value for investors. By contrast, no more than half a percent of profits went to research in renewable energy.

the geek shortage: According to the National Science Foundation, American universities graduated a record number of science and engineering PhDs in 2006—almost 30,000 of them. So we should have plenty of scientists to set to work on the energy challenge; yet, as a recent study from the Urban Institute explains, “each year there are more than three times as many S&E four-year college graduates as S&E job openings.” What gives? Turns out a lot of those graduates are in the biological sciences—which, coincidentally, saw a massive boost in federal funding a few years ago.

What we need is a new Sputnik scare: After the Soviet Union put the first-ever satellite in orbit, Congress passed the National Defense Education Act, providing about $6.5 billion worth (in today’s dollars) of funding for graduate fellowships, low-interest college loans, and new research equipment and facilities. Why no National Energy Education Act today?

congress’ iffiness. But lest you think our problem is only a lack of innovation, remember that we’d be a lot better off if we’d simply use some of the energy technologies we already possess. Consider wind: According to Jérôme Guillet, an investment banker in the wind sector who blogs at the site European Tribune, the biggest bottleneck for renewables right now is Congress’ failure to consistently renew the wind-energy production tax credit, which makes it “really hard for the whole manufacturing chain to properly size their investments.” The credit provides subsidies for the first 10 years of a renewable-energy facility’s operation, a very important benefit because planning and permitting for new wind facilities can take years to complete. But since 1992, Congress has allowed the credit to lapse on three separate occasions; worries that this will happen again at the end of this year, when it’s next set to expire, are holding up investment. The last time the credit lapsed, Guillet explains, “the US market disappeared for several months, causing havoc in their production chains.” We are effectively retarding the growth of a proven industry.

If by now you want to punch a wall—or key a Hummer—that’s understandable. It’s hard not to feel helpless as we careen into an entirely preventable energy crisis. Veering off the crash course will necessitate many things: foremost, finally and unequivocally recognizing that—whether your preferred analogy is the Apollo Program or the Manhattan Project—energy innovation must be the nation’s preeminent scientific priority.