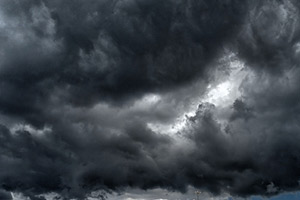 Since early November, Sens. John Kerry (D-Mass.), Lindsey Graham (R-SC), and Joe Lieberman (I-Conn.) have been laboring behind closed doors to hammer out legislation that is supposed to address global warming but which can also garner the all-important 60 votes in the Senate. The trio has yet to say what’s in the bill, which could be released as early as this week. But as they meet with interest groups and senators, details are trickling out—and triggering concerns among some environmental advocates about just how strong a climate bill this will be.

The three senators embarked on the daunting task of marshalling bipartisan support for a Senate climate bill after it became obvious that an earlier cap-and-trade measure co-authored by Kerry and Sen. Barbara Boxer (D-Calif.) was going nowhere. The venture, Kerry promised, would build on the best of Boxer’s bill and “broaden the base of support.”

But in the weeks since, the three senators have sought to downplay expectations on the emissions-cutting front. In January, Graham declared that “some massive cap-and-trade system”—in other words, Boxer’s approach—is “dead.” Graham walked back the remarks in the following days, maintaining that they shouldn’t pass a “half-assed energy bill.” But it soon became clear that the senators had ditched the idea of an economy-wide cap on carbon pollution—the plan at the center of the Waxman-Markey climate bill passed by the House last summer.

The senators signaled that their bill would likely combine a variety of approaches to curb greenhouse gases. First, it would only impose a cap on large emitters, not all emitters. And the cap would not apply to oil refineries, which would instead be subject to a tax on transportation fuels. There would also be a scaled-back trading program for pollution permits, and a rebate program that would return revenues from the sale of those permits to consumers. In a March 13 interview, Kerry suggested that reducing global warming pollution would only be an afterthought in their bill. “It’s primarily a jobs bill, and an energy independence bill and a pollution reduction-health-clean air bill,” Kerry told the Associated Press. “Climate sort of follows. It’s on for the ride.”

According to individuals who were briefed by the senators last week, the proposal maintains Waxman-Markey‘s core goal: cutting greenhouse gases 17 percent below 2005 levels by 2020 and more than 80 percent by 2050.

But it’s not clear how the legislation would meet these goals given that their proposal contains some significant differences from Waxman-Markey, according to reports of the meeting. The House bill would impose a cap on emitters across the entire economy. Under the senators’ plan, the cap would only apply to facilities emitting more than 25,000 tons of carbon dioxide per year.  That covers about 14,000 industrial pollution sources across the country, like coal-fired power plants and cement manufacturers, but not smaller sources like hospitals or most agricultural operations. (Utilities would be regulated in 2012; rules for other major sources would be phased from 2016 onwards.) The bill would also reportedly remove two of the strongest governmental tools for improving on federal carbon rules: It would strip the EPA’s ability to restrict greenhouse gases under the Clean Air Act, and would also halt more ambitious state programs to reduce greenhouse gas emissions.

The bill is also expected to contain a heavy dose of sweeteners for industry, including massive financial incentives for new nuclear plants, money for as-yet-unproven carbon-capture technology for coal-fired power plants, and a major expansion of offshore drilling.

Kerry, Graham, and Lieberman haven’t been shy about wooing big business in their push to bring legislation to a vote this year. As the Los Angeles Times reported, when the senators met with industry groups recently, their message was plain: “Tell us what you need to support this bill. Be specific.” Their first big confab included the US Chamber of Commerce and the American Petroleum Institute (API)—both of which fought vigorously against the House climate bill.

Those mega-lobbies are praising what they’ve seen so far from the Senate trio. Bruce Josten, the head lobbyist for the Chamber of Commerce—one of the most formidable foes of climate legislation until now—told reporters that the senators’ plans seemed “largely in sync” with what most industry interests want. It’s not clear what provisions the Chamber deems to be an improvement over Waxman-Markey. But it’s possible that opting for a cap only on big emitters rather than on the whole economy is less threatening to the business lobby. In addition, oil companies have endorsed the proposal to impose a separate fee on transportation fuels instead of including it under the carbon cap. The senators are also wooing groups such as the National Association of Manufacturers (NAM) and the American Farm Bureau Federation, both staunch opponents of Waxman-Markey and other previous climate bills.

So far, however, it’s unknown whether this effort has won over any Republicans or moderate Democrats. “I don’t think they have any other Republicans interested,” says one Senate Democratic aide. “They are definitely dialoging a lot with traditional Republican interest groups —API, NAM, the Chamber—and taking the bill in that direction based on what those people want. But that’s not necessarily translating to votes from what I’ve seen.” Meanwhile, some progressive Democrats are complaining that their concerns have been overlooked. “They’ve pretty much ignored the whole left wing,” said the aide. “They just take everyone for granted.”

Environmentalists have long anticipated that they’ll have to accept some industry-friendly provisions in order to secure a firm cap on carbon emissions. “The most important thing is putting a price on carbon pollution,” said Tony Kreindler, spokesman for the Environmental Defense Fund. “If people want to waste money on other stuff,” he continued, what’s important is that such initiatives don’t “overwhelm the limit on carbon pollution.”

However, some senators and environmental groups are fretting that the bill’s emissions targets will be weak, and that the measure will remove other useful weapons to combat climate change. A group of 13 Democratic senators wrote to Majority Leader Harry Reid earlier this month asking that a final bill retain the EPA’s authority to regulate greenhouse gases under the Clean Air Act.

If the Senate bill did kneecap the EPA, it would be a “huge deal killer for us,” says Bill Snape, senior counsel at the Center for Biological Diversity. (The House also removed the EPA’s regulatory authority, but Boxer’s bill would restore it.) Snape points out that a number of environmental groups have opposed a separate attempt to sideline the Clean Air Act advanced by Sen. Lisa Murkowski (R-Alaska): “We’re saying it’s okay when John Kerry guts the Clean Air Act, but it’s not okay when Lisa Murkowski does it? I don’t understand that. I think it’s equally unacceptable.”

So far, the three senators have only shown interested parties an outline of their proposal. They’re meeting with other senators this week, and much could change before they roll out their draft legislation. But some Senate Democrats fear that the opportunity to take action on climate change is slipping away. After the senators release a draft, it will take the EPA five to six weeks to analyze the bill’s price tag and environmental benefits. Senate Democratic sources say that if the legislation isn’t ready to go to the floor by Memorial Day, it probably won’t make it there at all this year. And then the whole effort could melt away.