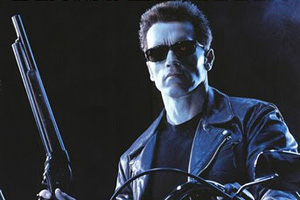 When it comes to environmental regulation, California doesn’t wait for the Feds to ride in and lay down the law. The Golden State led the way on mandating emissions-control equipment in motor vehicles in 1961. It pioneered tailpipe emissions standards in 1967 and ratcheted them up into the 1990s, prompting the federal government to follow. When the Environmental Protection Agency proved reluctant to tighten fuel-economy standards, California outmaneuvered it in 2002 by limiting carbon dioxide from cars. That decision achieved the same end–and was the first move in the United States to control greenhouse gases.

And so it goes with climate change. By the mid-2000s, when the rest of the country was waking up to the challenge of global warming, California was already pursing an aggressive program to assess the likely damage. According to the state energy commission’s climate research, the US west coast faces sea level rise of 12 to 18 inches by 2050, and as much as nearly six feet by the turn of the century. Precipitation is projected to fall increasingly as water rather than snow, draining into the sea rather than laying in cold storage until the long, dry summers. Higher-than-average temperatures and more frequent extreme weather promise heat waves, wildfires, droughts, and floods.

The sense of impending crisis sent California Governor Arnold Schwarzenegger into action-hero mode. In 2006, he signed the Global Warming Solutions Act, capping carbon emissions statewide throughout all activities and sectors. Then, last December, he stood on Treasure Island–an expanse of landfill in the San Francisco Bay that stands to be inundated by the upwelling of glacial melt–and unveiled the 2009 California Climate Adaptation Strategy, a plan to prepare for what many scientists regard as inevitable changes. “We have the responsibility to have a Plan B just in case we can’t stop the global warming,” he said, apparently missing the document’s emphatic assertion that mitigation (making efforts to minimize the onset of climate change) and adaptation (learning to live with it) are equally necessary and inherently complementary undertakings.

Mostly, these directives call for better coordination between federal, state, and local regulators; updating of existing resource-management plans in light of the latest scientific findings; ongoing research to sharpen estimates of impending change; and funding to accomplish these aims and, presumably, the more concrete actions that would follow. Perhaps most interesting is the recommendation to create a web site called CalAdapt that would mash up government data with Google maps, providing officials with up-to-date visualizations of rising waters, increasing temperatures, and other risks.

Not all of this is new. California’s coastal and water agencies have been planning for the impact of climate change since the mid-1980s. Until the turn of the century, though, adaptation was a dirty word in Sacramento. “You got slapped on the head if you mentioned it,” says Anthony Brunello, who worked for the Pew Center for Global Climate Change from 1999 to 2001. “It equated to giving up.” But evidence began to mount that the effects were already being felt, particularly a 7-inch rise in sea level at the Golden Gate over the past century, which convinced even hard-core advocates of mitigation that it wasn’t too early to consider, say, building sea walls. In late 2008, Schwarzenegger ordered the California Natural Resources Agency to look into what it would take to adapt to the changes wrought by global warming.

By then, Brunello had become California’s Deputy Secretary for Climate Change and Energy—and the state was deep into a fiscal crisis. He directed state agencies to form sector-specific working groups that invited business leaders, academics, and NGOs to help hash out the strategy. The governor released the plan just in time for the Copenhagen climate summit–only to see it swept off the front pages when leaked emails from eminent climate scientists sparked the Climategate scandal.

That was a pity because—lack of bold proposals notwithstanding—the Climate Adaptation Strategy is a significant step forward in the U.S. response to climate change. “Of the dozen states published or are working on plans that include adaptation measures, California stands out for the breadth and depth,” says Terri Cruce, a climate researcher with the Pew Center for Global Climate Change and the Georgetown Climate Center. (Cruce maintains a web site detailing climate-change adaptation initiatives on a state-by-state basis.) The report covers every state agency and reaches into every vital sector that’s touched by climate change. Most important, it establishes a permanent task force to guide implementation, so the effort won’t die when Schwarzenegger leaves office. And although it may seem trendy, the CalAdapt web site looks like an especially smart move, creating a convenient, cost-effective way for officials see how latest projections play out in their jurisdiction.

Which is not to say the document is perfect. “It’s a strategy, not a plan,” Cruce notes–a set of general directions, not a detailed roadmap. Generally, action items are divided between politically low-cost/low-impact maneuvers (such as adding agricultural inspection stations to catch pests following warmer temperatures northward) and more ambitious goals (a host of measures to restore wetlands that would absorb storm surges) with no deadline, budget, or process attached. The milquetoast language of many recommendations (“Consider requiring applicants to address how sea level rise will affect their project…”) leaves officials with any number of ways to avoid taking action. Moreover, economic analysis is almost entirely absent. Given that both adaptation and mitigation will have a price tag, it’s impossible to know which is more expensive in any given case. Is it more costly to cut emissions or relocate San Francisco International Airport on higher ground? And where will the money come from?

The strategy’s harshest critics believe that such flaws render it ineffectual. Susanne Moser, a geographer who worked as a consultant on the project, dismisses the near-term goals as merely “best practices” and the long-term objectives as unattainable without a more forceful mandate. But she finds some good in the effort. The most important outcome, she says, isn’t the document itself but a cultural shift in Sacramento: The disparate agencies, accustomed to competing for jurisdiction and funding, have discovered the value of cooperation. “They realized they needed to work together if they were going to get beyond business as usual,” she says. “That’s a huge shift—from ‘I don’t want to talk to these people’ to ‘let’s work together.’ It will make all the difference moving forward.”

Despite weaknesses in the plan, most observers view it as an important first step. “There’s a broad range of decision makers,” says Matt Vander Sluis, who contributed to the effort as global warming program manager at the Planning and Conservation League, an environmental lobbying group based in Sacramento. “Some get it, but others need this type of guidance to wrap their heads around the problem.” One immediate result, he points out, is that officials will think twice about approving proposed San Francisco Bay Area developments that would stand below sea level. “It’s a useful set of recommendations,” he says. “Now state and federal decision makers need to make the investment in carrying them out, because without resources, it’s going to be like trying to put out a fire without a fire hose.”

The follow-up is already underway, starting with the top-line directive: Formation of a task force to establish future priorities. William Reilly, who served as the first President Bush’s head of the Environmental Protection Agency, leads the group, which is due to report its recommendations to the governor by summer. Meanwhile, the strategy will be updated every two years. By the time the first biennial review rolls around in late 2011, the short-term goals should be complete and presumably the roadmap to the more politically challenging recommendations will have been sketched in. That is, unless California finds that adapting to the new politics of climate change even harder than responding to the change itself.

This piece was produced by the Climate Desk collaboration.