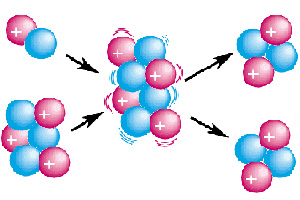 About five years ago I began to argue that future historians would look back at the Kyoto Protocol period (from the mid-1990s to today) as the climate-policy equivalent of trying to fight inflation with wage and price controls in the 1970s: a hopeless approach based on an outdated framework. Winston Churchill’s summary dismissal of disarmament negotiations in the 1930s—another instructive parallel—also fits: “a prolonged and solemn farce.”

With the collapse of cap-and-trade in Congress, it is no longer possible to avoid the inconvenient truth that serious carbon constraints are a non-starter. As a conservative critic of the environmental establishment, I’m tempted to kick its advocates when they’re down. Oh, what the heck—I’ll give in. The campaign to adopt carbon constraints has to be judged the least successful marketing effort since New Coke or the Edsel. This ought to provoke the most searching reflections within the environmental community, but so far it seems most environmentalists are stuck in the “denial” and “bargaining” phases of their grief over the death of cap-and-trade, grasping desperately to the hope that their Edsel of a policy can be revived after the next election. If the environmental establishment sticks with this vain hope, by “turning up the volume” as Michael and Ted put it, they will only marginalize themselves further. (The volume has been turned up to 11 for years, hasn’t it?)

The world needs lots of new, cheap energy. This will mean more fossil fuels unless the price of low- and non-carbon energy comes down on a mass scale. If there were energy technologies ready to do this on a massive scale (as there were ready substitutes when the Montreal Protocol phased out CFC’s in the 1980s), we wouldn’t have had these interminable energy debates for the last 35 years.

In their introductory essay, Michael and Ted offer an olive branch to their environmentalist friends, saying that a technology-first policy is not the same as a technology-only policy. This generously recognizes that asking environmentalists to give up their regulatory bias is like asking Catholics to give up the certitudes of the Catechism. Although it is logically true that cheap energy technologies would make a regulatory system affordable and therefore politically possible, real breakthroughs in cheap low-carbon energy will make regulation unnecessary.

The climate story has always had a little-recognized and unhappy paradox: If the US and Europe were to adopt expensive, low-emission energy sources on a large scale, fossil fuels would become only cheaper and more attractive for the developing world, thereby defeating the purpose of the whole effort. The happy paradox of emphasizing technological innovation is that it would render moot the debate about technology-first versus technology-only. If low- or non-carbon energy can be made cheaper than fossil-fuel energy, the marketplace will rush to adopt faster than regulations can be made to force it.

Blunt-force government spending and mandates won’t spur energy innovation, which remains a massive intellectual and policy challenge. Understandably, people across the political spectrum will be uncomfortable with the unpredictability and serendipity such a strategy entails. The political risk is substantial. If progress is slow or the government is seen to be wasting money, political support for energy innovation will dry up. This is why it is essential that a new strategy have broad support. If environmentalists cling to a regulation-first mindset, it may never get off the ground.