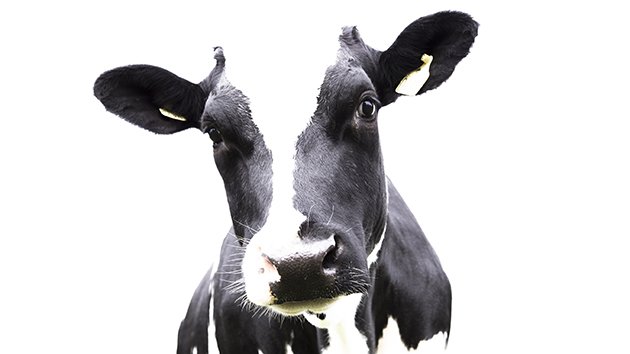 When I tried unpasteurized milk a few years ago, I found the taste odd, but soon I came to crave its distinctive flavor. Better yet, I was told it could cure my allergies and eczema. “People see amazing results when they give this stuff to their kids—they have ear infections and asthma and allergies, and with raw milk it goes away,” says Mark McAfee, CEO of Fresno, California-based Organic Pastures, the nation’s largest raw-milk dairy. McAfee pointed me to a peer-reviewed study suggesting a link between raw-milk consumption and diminished allergy rates—as the theory goes, raw milk contains proteins and compounds that somehow keep the immune system from overreacting to allergens.

“Parents go to raw milk because they hear it’s good for kids’ allergies. They end up sickening their kids.”

But I’d also heard it could make you sick, so after catching a news program about an E. coli outbreak in California, I decided to do some digging. What I learned was not terribly appetizing: Milk that hasn’t undergone pasteurization—a heating process that kills pathogens—can harbor bacteria such as campylobacter, listeria, and E. coli—all of which can cause severe illness and even death. That’s why selling raw milk is illegal in 18 states. (It’s legal here in California, and even sold in supermarkets—but only if it’s inspected. Mine wasn’t.) Still, it’s gaining popularity. Organic Pastures is an $8.5 million company, with sales growing about 22 percent a year, McAfee says. He attributes the company’s success to public awareness of raw milk’s ability to bolster the immune system—an anecdotal claim with no evidence to support it. “In the majority of people, it works fantastically well,” he says, “and they don’t pick up the next superbug that comes down the road.”

Try telling that to the Martin family of Murrieta, California. Back in 2006, pasteurized milk was making seven-year-old Chris congested, so his mom, Mary McGonigle-Martin, began buying raw milk from Organic Pastures—which is rigorously inspected and which, at that time, had no reported outbreaks. A few weeks later, Chris picked up E. coli from a tainted batch, a state investigation concluded. His kidneys failed, landing him in the hospital for two months. Now 13, he is off dialysis, but doctors aren’t sure whether Chris’ kidneys will hold out. “It was the shock of a lifetime,” his mother told me. “If not for modern medicine, he would have died.” (The family filed a legal claim against the company, which disputed the source of the bacteria but settled the case out of court.)

Chris isn’t an isolated case. The Centers for Disease Control and Prevention (CDC) reports that of 239 hospitalizations caused by tainted dairy products from 1993 through 2006, 202 involved raw milk or raw-milk cheese. Nearly two-thirds of the patients were younger than 20. “Parents go to raw milk because they hear it’s good for kids’ allergies,” says Michele Jay-Russell, a veterinarian and food safety specialist at the University of California-Davis who has studied the outbreaks. But children’s developing immune systems are more vulnerable than those of adults. “They end up sickening their kids,” Jay-Russell adds.

Fans of raw milk—who tend to defend the stuff with near-religious fervor—often claim people get sick because they’re not used to the “good” bacteria it contains. “If you add that to a sanitized immune system, you can have some bad effects, like diarrhea,” McAfee says. But Robert Ralyea, a food safety expert at Cornell University, says that it’s key to distinguish between bacteria that might give you the runs for a few hours and pathogens that your immune system can’t handle. “Even the highest standards of cleanliness can’t entirely prevent contamination,” he explains. Indeed, despite Organic Pastures’ regular inspections, it has had four more recalls since 2006—including one last year after five kids fell ill from E. coli.

As for the lower allergy rates, Jay-Russell remains unconvinced; the existing studies hinge on surveys of farm families, whose exposure to a diverse range of bacteria and allergens makes the cause of the benefit tricky to pinpoint. “On farms, it’s hard to tease out the raw milk from the other factors,” she says. Hannah Gould, a CDC epidemiologist, concurs: “None of the science really convinces me that there are any health benefits.” The upside of pasteurization is clear, however: When the practice became widespread in the early 1900s, deaths from once common milk-borne illnesses like bovine tuberculosis plummeted.

I finally kicked my habit after reading of a woman about my age who was paralyzed after drinking raw milk tainted with campylobacter. And not to get all Nancy Reagan on you, but given the evidence, I’d never give it to a child. “Our family learned the hard way,” says Chris Martin’s mom. “I just want to put our story out there so another family doesn’t have to go through it.”