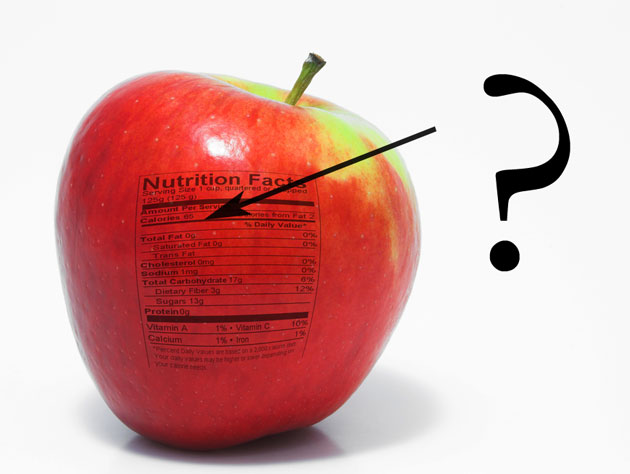 To understand the modern calorie counting system, we have to go back to the late 19th century *, when Wilbur Atwater sat in his Connecticut lab and burned a bunch of food. Then he weighed some human feces and urine. The burning told him the amount of energy in the food; the human waste told him the amount excreted. Subtract the two, and the Atwater system was born: four calories per gram of protein, nine for fat, four for sugars. Check out the label on a supermarket salad in 2013, and the caloric value you see is largely based off of Atwater—even though scientists are increasingly suspicious the number is wrong.

Debate over the science of calories comes at the same time that health-conscious legislators are requiring restaurants to show calorie counts on their menus. Following the lead of New York City and California, Obamacare has a provision to make calorie labeling mandatory at chain restaurants across the country. For that to make a difference to our health, however, we have to understand what a calorie really means. At the meeting of the American Association for the Advancement of Science last week, a panel of scientists presented research that is just beginning to tease out the nuances of the calorie. Whether food is cooked, the energy it takes to break down tough-to-digest foods, and gut bacteria activity all affect how much energy humans actually get from eating.

Raw, unprocessed foods have fewer calories than previously thought, according to the work from the lab of Richard Wrangham, a professor in biological anthropology at Harvard. Cooking or processing breaks down cell structures and unravels the proteins in food, so more energy is available through digestion. While a grad student in Wrangham’s lab, researcher Rachel Carmody led a study feeding mice raw and cooked sweet potatoes or meat. Mice on the raw diet lost more weight. Carmody estimates that cooking increased the caloric intake from beef by 15 percent and the sweet potatoes by 39 percent. The Atwater system, on the other hand, treats raw and cooked meat the same, though the calorie counts for cooked, processed foods are more likely to be accurate.

That thing that people say about celery having negative calories? It’s theoretically possible.

The reasons for differences between nutritional content of raw and cooked foods are complicated. For starters, raw, unprocessed food takes more energy to digest. That thing that people say about celery having negative calories? It’s theoretically possible. “The concept of what net calories the body is getting is fundamentally intuitive,” Carmody says about negative calories. Despite its proliferation among dieters, the idea has not been well studied in humans. However, Burmese pythons, which eat very large meals but very infrequently, are a good model organism for researching the energetic cost of digestion. A paper in collaboration with Stephen Secor at the University of Alabama found that cooking and grinding beef reduced the amount of energy required in pythons’ digestion by 23.4 percent.

Atwater also didn’t know that our guts are home to billions of bacteria—some mooch away nutrients, while others help break down food to release more nutrients. Gut microbiota varies from person to person, and diet plays a big factor in who lives in our intestines. Obesity and starvation, for example, both change the bacterial community and its ability to extract nutrients from food. Carmody’s new research suggests microbial differences between mice who rely on diets of processed versus unprocessed food, too.

While Obamacare survived Congress and the Supreme Court, the FDA hasn’t been able to implement the provision that requires calorie labeling in chain restaurants. The final rule was supposed to be published by July 2012, but the FDA’s website lists it as still “delayed.” Even if the government gets its act together, though, those menu labels would be more helpful if they were accurate.

Correction: An earlier version of this article misidentified the century in which Atwater performed his experiments.