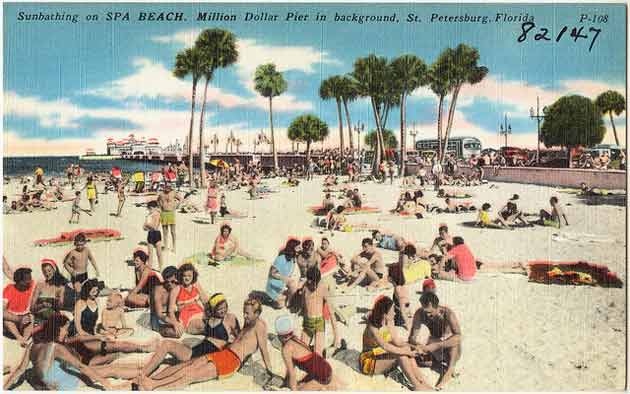 As a pale and freckled person whose skin burns by the time I walk from the office to the sandwich place for lunch, I am a sunscreen manufacturer’s dream come true. I buy bottle upon bottle of the stuff all year round. Having spent so much money on it, I’ve felt entitled to gripe about sunscreen’s outlandish label claims, like when marketers boast that their products are waterproof (they aren’t) or offer “all-day protection” (all products rub off after a few hours and must be reapplied).

Happily, the FDA’s long-awaited new sunscreen labeling rules, which passed in December but went into effect for all products in the spring, make it a little easier for consumers to figure out what their sunscreen actually does—and how to use it. A full rundown is here, but here are the main things to look for on your sunscreen’s packaging. First, the front:

The “broad spectrum” bit deserves some further explanation: It means that the product protects against both UVB—the kind that cause redness associated with burns—and UVA, which scientists believe cause premature aging and skin cancer.

Nneka Leiba, deputy director of research at the Environmental Working Group, sees the new rules as an improvement, but they’re not as strict as she might have liked. For starters, she wishes that the FDA would finalize a proposed rule that would cap SPF values at 50+. (While some products claim SPFs of 80 or 90, there’s no real meaningful distinction over 50.) Leiba also would have liked the FDA to investigate the common active ingredient oxybenzone, which, she says, “readily soaks through the skin and has hormone interactions.” (EWG’s research suggests that avobenzone is safer than oxybenzone, but the group recommends so-called physical blockers—zinc oxide and titanium dioxide—over chemical blockers such as the benzones.)

Leiba hoped that the FDA would approve more active ingredients; while the European Union has cleared 27 for use, US manufacturers have just 17 to choose from. EWG has also urged the FDA to investigate spray-on products, since some research suggests that the products can be dangerous when inhaled and aren’t particularly effective, anyway.

“The new regulations are a start,” said Leiba, “but they weren’t everything we wanted.”

If you’re wondering about the safety and effectiveness of a certain product, check out EWG’s sunscreen database or Consumer Reports’ buying guide.