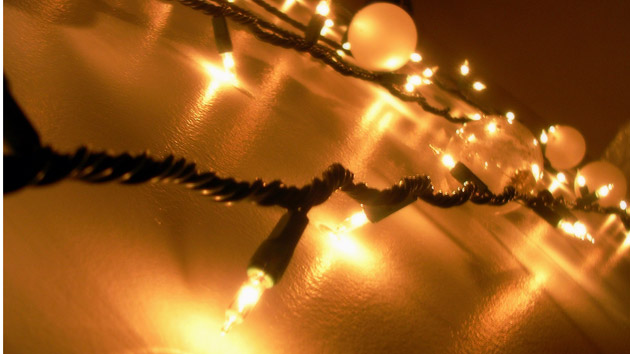 This story originally appeared on OnEarth.org.

It’s my daughter’s first Christmas season, and last weekend, as we were decorating our tree, she naturally wanted to play with the string of twinkling white lights that lay tangled on our apartment floor. We thought nothing of letting her pull them onto her lap so we could snap a few photos (though we didn’t let her stick them in her mouth). A coaster soon caught her attention, and we took the opportunity to wrap the string around our Fraser fir, then uploaded her pic to Instagram. And that’s when a friend told me that those beautiful strings of Christmas lights my daughter had been handling are actually coated in lead.

Lead, as in toxic. I had no idea. Sure, I’m aware that our everyday environment is full of toxic chemicals—including pesticides in our food and water, polycyclic aromatic hydrocarbons in vehicle exhaust, and flame retardants in upholstery—and that these substances can cause neurodevelopmental disorders in children (see the latest cover story in our magazine, “Generation Toxic,” for more disturbing details.).

But on Christmas lights? Really?

Afraid so. It turns out that lead is applied to the polyvinylchloride (PVC) wire covering to keep the plastic from cracking. It’s also a flame retardant. Not all brands are suspect, but an awful lot are. In a 2008 study published in the Journal of Environmental Health, researchers from Cornell University tested 10 light sets and found lead on all of them, at levels that surpassed the Environmental Protection Agency’s limit for windowsills and floors.

Two other analyses in recent years, one by HealthyStuff.org and another done for CNN, produced similar results. The former, conducted in 2010, found that 54 percent of lights had more lead than regulators allow in children’s products. Quantex, the company that did the lab work for CNN in 2007, found that the surface lead levels in each of the four types of lights it tested exceeded the Consumer Safety Commission’s limit for children’s products (which has since been reduced). 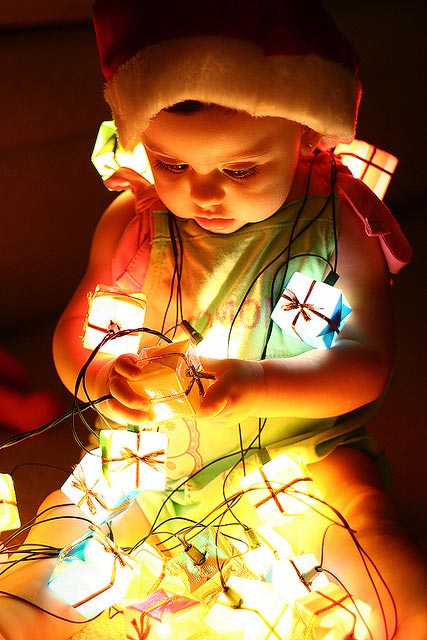 Isn’t lead illegal, due to its well-known effects on human health, including damage to the brain and nervous system in children? Actually, it’s only been banned from certain products, including paint and gasoline. The federal government restricts the amount of lead allowed on children’s products and provides limits on acceptable lead levels in dust and soil, air and water, and waste through a variety of laws and regulations. At the state level, California requires a warning label on electrical cords that have more than 300 parts per million of lead. But selling Christmas lights coated in lead is perfectly legal.

The Journal of Environmental Health study’s researchers recommended that companies manufacturing the lights should stop using PVC. Because they’ve been unwilling to do so voluntarily, the researchers recommend putting pressure on those companies “either through legislation or consumer demands that could be expressed through boycotts.” Meanwhile, consumers should exercise precaution to reduce potential exposure, the authors say. Is the amount of exposure significant and likely to be damaging? “In the whole scheme of things, is it a huge risk? No,” pediatrician Philip Landrigan of Mount Sinai School of Medicine in New York told USA Today in 2010. “But what’s bothersome about it is that it’s so unnecessary, and that safer substitutes do exist.” Christmas lights sold at IKEA, for example, are held to a stricter European standard, meaning less lead (though there can still be some).

Last year, science journalist Emily Willingham poked a bit of fun at the concern over toxic Christmas lights in her blog for Forbes. Yes, she acknowledged, studies show a potential problem. “What a first-world response, though,” she writes, “to make a special trip to IKEA, which always seems so far away, in your gas-burning automobile to buy precious, lead-free Christmas lights to plug in and power up thanks to your friendly neighborhood coal-burning power plant.”

Fair points, especially when there’s an easier way to protect yourself and your kids: washing hands with soap and water. Lead isn’t readily absorbed through the skin, so the main worry is that people will get it on their hands, then put their fingers in their mouths. Washing up after handling the lights should remove that risk, says Joseph Laquatra, a professor at Cornell’s College of Human Ecology who led the Journal of Environmental Health study.

So now that I know about the lead on my lights, am I going to leave them off my fir? No. But I’ll keep my daughter away from them from now on, and if I need to replace them in the future, I’m definitely looking for lead-free options. And hey, if anyone out there is looking to buy me an appropriate stocking stuffer this year…