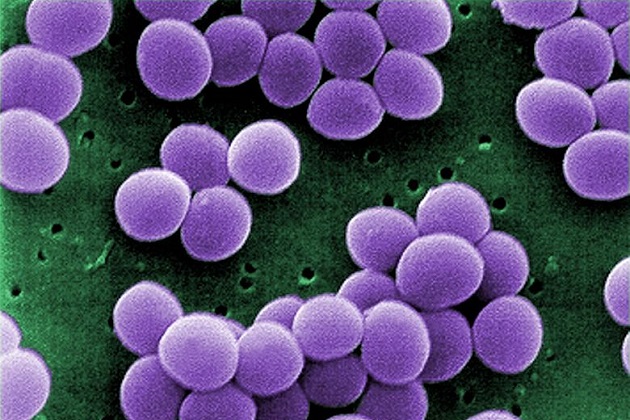 It’s flu season. And we’re all about to crisscross the country to exchange hugs, kisses, and germs. We’re going to get sick. And when we do, many of us will run to our doctors and, hoping to get better, demand antibiotics.

And that’s the problem: Antibiotics don’t cure the flu (which is viral, not bacterial), but the overprescription of antibiotics imperils us all by driving antibiotic resistance. This threat is growing, so much so that in a recent widely read Medium article, Wired science blogger and self-described “scary disease girl” Maryn McKenna painted a disturbingly plausible picture of a world in which antibiotics have become markedly less effective. That future is the focus of McKenna’s interview this week on the Inquiring Minds podcast:

“For 85 years,” McKenna explains on the show, antibiotics “have been solving the problem of infectious disease in a way that’s really unique in human history. And people assume those antibiotics are always going to be there. And unfortunately, they’re wrong.”

Here are some disturbing facts about the growing problem of antibiotic resistance: 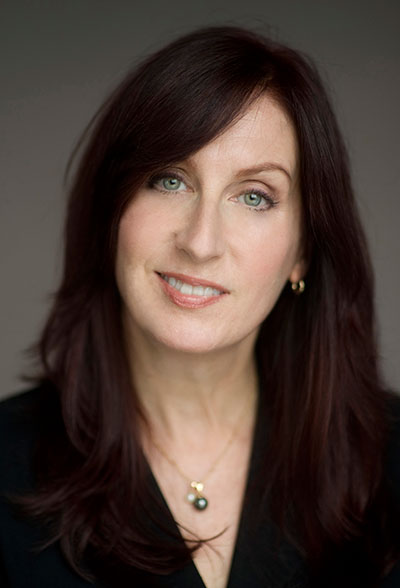 1. In the United States alone, 2 million people each year contract serious antibiotic-resistant infections, and 23,000 die from them.

These figures come from a new Centers for Disease Control and Prevention report on antibiotic resistance that, for the first time, uses a blunt classification scheme to identify “urgent,” “serious,” and “concerning” threats from drug-resistant bacteria. The CDC currently lists three “urgent threats”: drug-resistant gonorrhea, drug-resistant “enterobacteriaceae” such as E. coli, and Clostridium difficile, which causes life-threatening diarrhea and is often acquired in hospitals. Clostridium difficile kills at least 14,000 people each year.

2. We’ve been warned about antibiotic resistance since at least 1945. We just haven’t been listening.

From the very first discovery of antibiotics, scientists have known that resistance is a danger. Alexander Fleming himself, credited with the discovery of penicillin, warned us as early as 1945 that antibiotics could lose their effectiveness. His eerily prescient Nobel Prize speech cautions that “there may be a danger, though, in underdosage [of penicillin]. It is not difficult to make microbes resistant to penicillin in the laboratory by exposing them to concentrations not sufficient to kill them, and the same thing has occasionally happened in the body. The time may come when penicillin can be bought by anyone in the shops. Then there is the danger that the ignorant man may easily underdose himself and by exposing his microbes to nonlethal quantities of the drug make them resistant.”

3. Antibiotic-resistant strains of bacteria are on the rise.

Clearly, antibiotic resistance is not a new phenomenon. Nonetheless, the frequency of these “antibiotic resistance events” is increasing. For example, from 1980 to 1987, cases of penicillin-resistant Streptococcus pneumoniae (the bacteria that causes pneumonia) remained steady at about 5 percent of all strains. By 1997, 44 percent of strains were showing resistance. Similarly, Enterococci bacteria can cause urinary tract infections and meningitis (among other diseases), and in 1989, fewer than 0.5 percent of strains found in hospitals were resistant to antibiotics. Four years later, though, that number was at 7.9 percent, and by 1998, some hospitals reported levels as high as 30 to 50 percent. “The more antibiotics are used, the more quickly bacteria develop resistance,” says the CDC.

4. There has been a steady decline in FDA approvals for new antibiotics.

And even as more bacteria are becoming resistant and our treatments are becoming less effective, we’re also producing fewer new drugs to combat infections. One figure says it all—a clear downtrend in FDA approvals for antibiotics began in the 1980s: 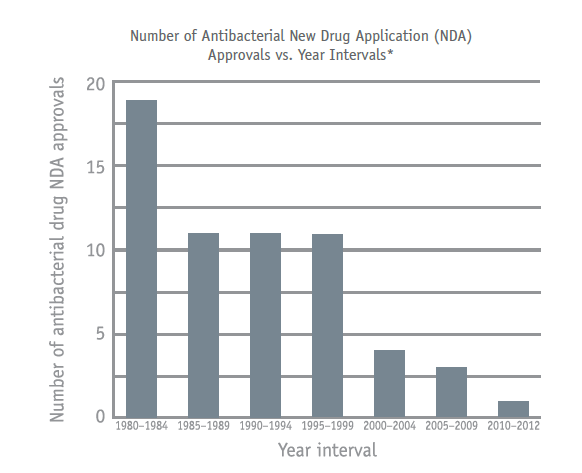 Why has this happened? “There’s a kind of curve to antibiotic development,” says McKenna, noting that there was a boom in the 1950s, when Eli Lilly collected samples of biological materials from all over the world in order to capture antibiotic properties in natural substances. By the 1980s, though, much of the low-hanging antibiotic fruit had been harvested. Now, the development of new treatments is becoming increasingly difficult and costly, even as pharmaceutical companies are cutting R&D budgets and outsourcing drug discovery more and more. “The faucet from which [antibiotics] come has been turned down and down and down and now it’s just a drip,” McKenna says.

5. As many as half of all antibiotic prescriptions either aren’t needed or are “not optimally effective.”

A huge part of our problem is that we’re misusing and abusing antibiotics. “Resistance is a natural process,” says McKenna, but “we made resistance worse by the cavalier way that we used antibiotics, and still use them.” Sick patients pressure their doctors for drugs, and doctors too often yield and dash off a script. Indeed, a recent study found that doctors prescribed antibiotics 73 percent of the time for acute bronchitis, even though, as Mother Jones‘ Kiera Butler reports, “antibiotics are not recommended at all” for this condition.

Adding to the evidence of misuse is another statistic: According to the CDC, almost 1 in 5 ER visits resulting from adverse drug events are caused by antibiotics. Children are the most likely victims. Despite the fact that antibiotics are generally safe, they can cause allergic reactions and can also interact with other drugs, harming patients who are vulnerable because they already suffer from other medical conditions. So if we stopped overprescribing antibiotics we’d not only head off resistance, we’d also lessen adverse drug effects.

6. And it’s not just human medical misuse—a large volume of antibiotics is inappropriately used in livestock. 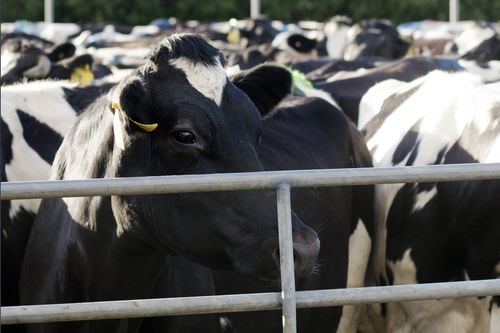 Antibiotics are also often used in the agricultural industry; in fact, there is reason to think that more antibiotics are used to treat animals than to treat people. And these livestock drugs are not just used to fight off infections, but are often fed to animals in smaller doses to encourage weight gain and growth—a practice, the CDC says, that is “not necessary” and “should be phased out.” A recent draft document from the FDA similarly states that “in light of the risk that antimicrobial resistance poses to public health, the use of medically important antimicrobial drugs in food-producing animals for production purposes does not represent a judicious use of these drugs.” For now, though, the FDA’s approach to curbing this threat has been limited to issuing voluntary guidelines.

7. Before antibiotics, death rates were much higher from very common occurrences like skin infections, pneumonia, and giving birth.

In her Medium article, McKenna gives some disturbing stats. Just giving birth could be deadly: Five out of every thousand women who had a baby died. Pneumonia killed 30 percent of its victims. And “one out of nine people who got a skin infection died, even from something as simple as a scrape or an insect bite.” If we run out of antibiotics, our future looks rather bleak.

8. The next major global pandemic may involve an antibiotic-resistant superbug.

For millennia, infectious diseases have reshaped civilization, culled our species, and spread fear, superstition, and death. But over the last century, we haven’t seen anything as devastating as the 1918 global flu pandemic, which killed some 50 million people around the world.

But with drug-resistant bacteria, the threat rises. “Plagues still really have power and almost a hundred years later, we shouldn’t think that we’re immune to them because we’re not,” warns McKenna. For instance, tuberculosis kills over a million people a year, and it is becoming increasingly drug resistant, according to the World Health Organization.

Meanwhile, although the 1918 flu was of course caused by a virus rather than a bacterium, recent research suggests that most victims actually died from bacterial pneumonia. Viruses can weaken our immune systems just enough to allow bacteria to take hold and, often, death results from secondary bacterial infections that, at least until recently, were largely curbed by effective antibiotics.

So are we doomed to recede back into a time when infections were the most significant health threat that our species faced?

According to McKenna, it is not clear that we can fully curb antibiotic overuse. So the better approach is to get the drug industry research engine firing again. “There’s a really active discourse around what’s the best way to get pharmaceutical companies back into manufacturing antibiotics,” she says.

Our future, then, once again lies in the hands of scientists, whose quest to find new treatments for drug-resistant bacteria is now of the utmost importance.

For the full interview with Maryn McKenna, you can listen here:

This episode of Inquiring Minds, a podcast hosted by best-selling author Chris Mooney and neuroscientist and musician Indre Viskontas, also features a discussion of the surprising reasons that US students are so bad at math (just 26th in the world, in a recent study). Plus, Indre takes apart a highly controversial new study purporting to show that male-female gender stereotypes are rooted in different wiring of our brains.