The year 2013 has seen no less than 39 weather-related disasters costing $1 billion or more in damage. That’s far more than last year, when there were only 27, according to an analysis of disaster statistics by the Weather Underground‘s Jeff Masters—and very near the all time high of 40, in 2010.

In other words, even as most of us lived in relative comfort this year, we shouldn’t forget that nature dealt out quite a lot of misery and suffering in the world around us. So here’s a rundown of some of the most extreme weather events of 2013, from around the world: 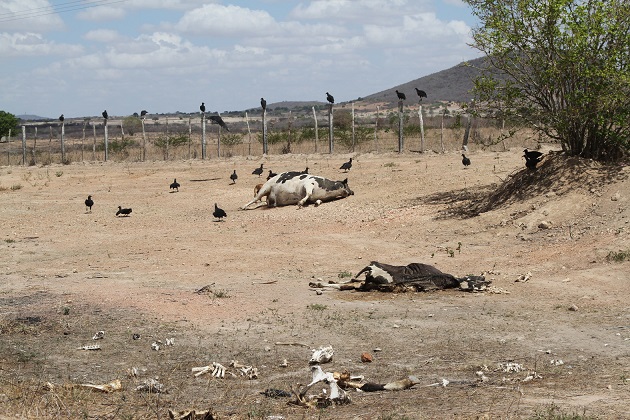 From January through May, northeastern Brazil experienced a devastating drought. According to the agricultural secretary of the Brazilian state of Bahia, it was the worst in 50 years. All told, the damage toll was an estimated $8 billion. The drought was so powerful that some experts speculated that the dryness influenced the North Atlantic hurricane season, which was much quieter than expected. 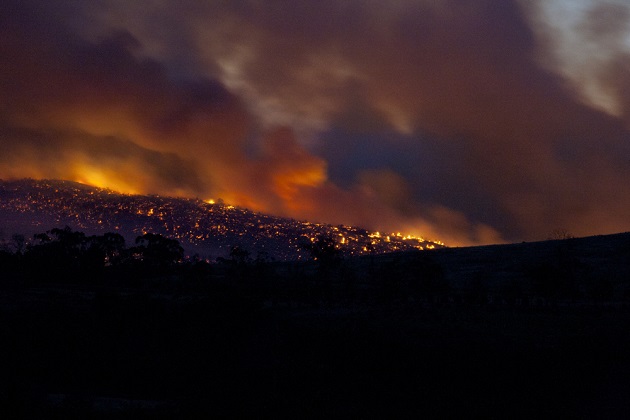 A bushfire in Tasmania on January 4 ToniFish/Wikimedia Commons

The continent had never seen a summer like it. January 2013 was Australia’s hottest month since recordkeeping began. Sydney set a new record temperature of 114.4 degrees Fahrenheit on January 18, and that’s just one in a very, very long list of heat records. A study subsequently published in the journal Geophysical Research Letters found that global warming had increased the odds of this type of extreme heat wave. 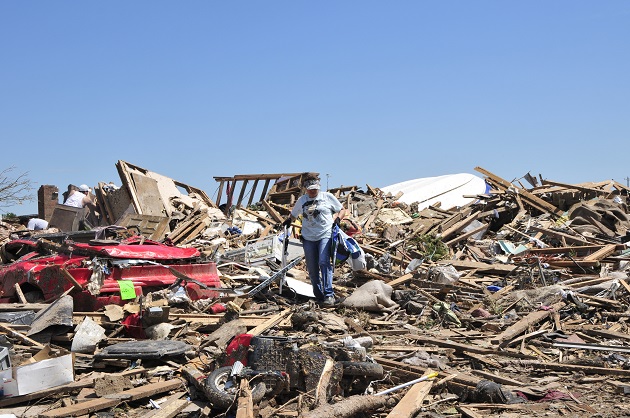 Moore, Oklahoma, on May 23  Zhang Yongxing/ZUMA

The US always has tornadoes, but this year they were particularly devastating. The May 20 tornado in Moore, Oklahoma, was the third most destructive in history. It was an EF-5 on the Enhanced Fujita scale, the highest classification. Twenty-four people were killed, and the total damage was on the order of $2 billion, due to the fact that the tornado stayed on the ground for a long time in a highly populated area. And the Moore tornado was followed shortly afterward by the largest tornado on record on May 31: The El Reno tornado, an EF-5 whose winds reached 295 miles per hour, and whose maximum width was 2.6 miles. (Whenever there are devastating tornadoes, some ask whether climate change could be responsible. The answer is that at this point, top experts just don’t know what effect global warming may be having on tornadoes.) 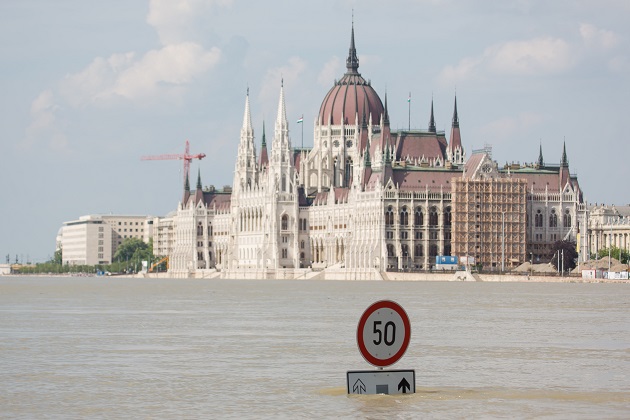 In late May and early June, many central European countries—including Germany, Switzerland, Austria, and the Czech Republic—experienced record flooding as the Danube, Vltava, and Rhine rivers overtopped their banks. The result was $22 billion in damage, representing the fifth-costliest non-US weather disaster on record. It was the worst European flooding “since the Middle Ages,” according to weather expert Jeff Masters. As with so many extremes of late, the flooding was tied to “blocked weather” as a result of a stuck jet stream pattern, which led to extreme rains. Some climate experts think global warming is producing more of these blocking patterns and the resultant extremes. 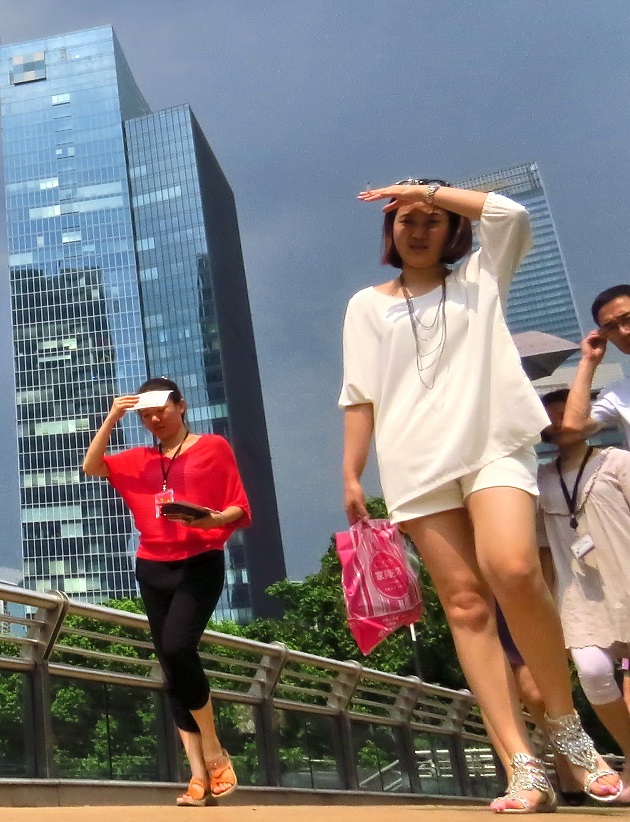 Pedestrians in Shanghai cover themselves from the sun on August 6. Imaginechina/ZUMA

According to data from the reinsurance industry intermediary firm Aon Benfield, the deadliest weather event officially recorded so far in 2013 occurred in June in northern India and Nepal, where severe flooding claimed 6,500 lives. The disaster was caused by extreme monsoon rains over the Indian state of Uttarakhand, whose capital, Dehradun, received more than 14 inches of rain in a 24-hour period, a new record. Monsoon floods are often deadly, but this single event may be the deadliest ever. 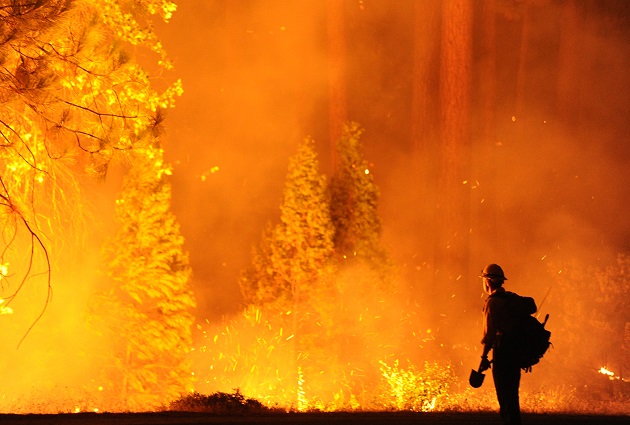 After starting in late August, the enormous Yosemite Rim fire eventually grew to encompass more than 250,000 acres, gaining it a ranking of the third largest in California history. To put that in perspective, the Rim Fire grew almost as large as all the other 2013 California fires combined (thus far). It was not fully contained until October 26, more than two months after it formed. (Notably, 7 of the 10 largest California fires have occurred since the year 2000.) 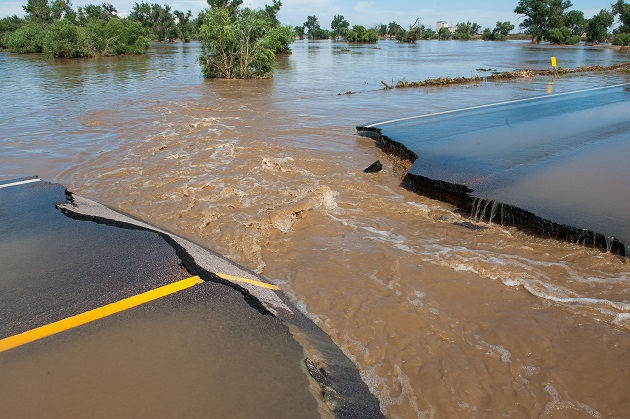 The local office of the National Weather Service just went ahead and called it “biblical.” NOAA climate scientist Martin Hoerling added that “this single event has now made the calendar year (2013) the single wettest year on record for Boulder.” The rains that fell in Colorado in September were so intense, and the flooding so damaging, that in some areas, it was the kind of disaster that will only happen once in a thousand years. (The total damage was estimated at $2 billion.) Was climate change involved? For extreme rainfall events, global warming is already contributing a small percentage of additional rainfall through increased atmospheric water vapor. What’s more, the Colorado floods were also tied to yet another suspicious atmospheric blocking pattern. 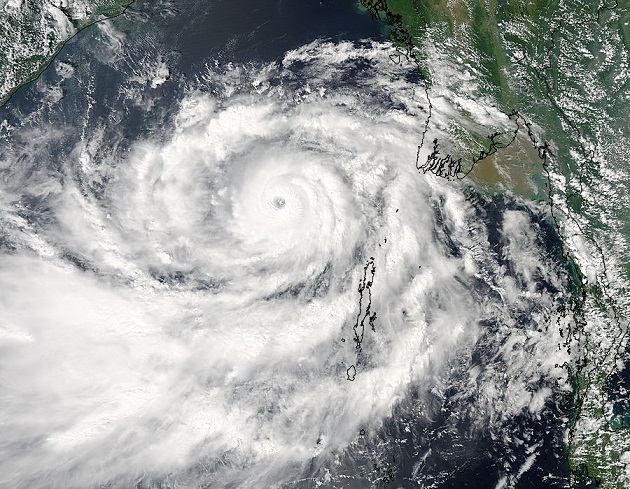 The deadliest cyclones in the world, historically, have occurred in the Bay of Bengal. So when a storm here named Phailin reached Category 5 strength in October, fears were great that it could rival the deadly 1999 Odisha Cyclone, which killed as many as 10,000 people in India. Fortunately, evacuation planning and preparedness measures prevented a comparable disaster when Phailin made landfall in India at near full strength. Due to data problems, it is hard to say whether Phailin was the strongest storm ever observed in the Bay of Bengal, but it was certainly close. 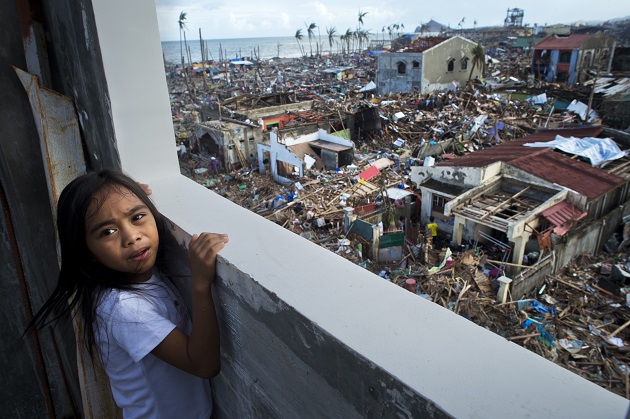 Super Typhoon Haiyan in the northwestern Pacific didn’t just reach Category 5 strength: With winds of 195 miles per hour, it may be the strongest hurricane by wind speed ever reliably observed. We’ve all seen the ensuing images of disaster: The death toll is more than 6,000, and there are still 1,000-plus people missing. In the end, Haiyan may be 2013’s deadliest weather event as well.