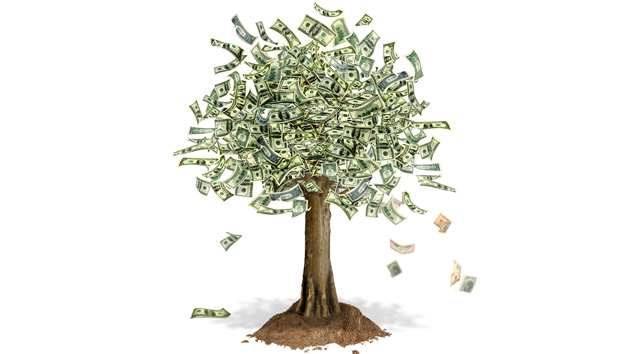 This story originally appeared in The Atlantic and is republished here as part of the Climate Desk collaboration.

Back in 1997, ecologist Robert Constanza and a team of researchers set out to quantify a seemingly unquantifiable abundance: the value, in dollars, of the world’s ecosystems.

But first they needed a good, concrete list of what exactly it was the ecosystems provide. They came up with 17 discrete categories, which they labeled “ecosystem services,” although some are technically goods. There were the obvious things, like food (game, fish, nuts, and so on) and raw materials (timber, fuel, etc.). But there were also more subtle effects, such as how wetlands protect some coastal areas from the battering of storms or how forests convert carbon dioxide into oxygen. Cultural and recreational uses also made the list.

And so what’s the value of all that? Or, as the authors framed it, how much would we have to pay to recreate those services if for some reason they didn’t occur naturally? Fifteen years ago, they estimated that cost to be around $33 trillion ($48.7 trillion in today’s dollars)—more than the GDP of the entire globe at the time.

Now Constanza has returned to this project and, in a new paper co-authored with many of his original collaborators, he concludes that that 1997 estimate fell quite short. Armed with data from a massive international survey of ecosystems and their relationships with human well-being in communities around the world, Constanza and his team now say that ecosystems are worth way, way more than they had thought: $142.7 trillion.

As Carl Zimmer explains in the New York Times, much of the increase comes from a better understanding of just how valuable some of these ecological services are. “Coral reefs, for instance, have proved to be much more important for storm protection than previously recognized,” he writes. “They also protect against soil erosion by weakening waves before they reach land. As a result, Dr. Costanza and his colleagues now consider the services provided by coral reefs to be 42 times more valuable than they did in 1997. They estimate that each acre of reef provides $995,000 in services each year for a total of $11 trillion worldwide.”

But, unfortunately, Constanza’s update was necessitated not only by improved data, but because the size of our ecological resources has diminished so greatly over the past decade and a half. Costanza and his colleagues wanted to know the value of that depletion. Zimmer writes:

But they also had to take into account the fact that many ecosystems have suffered since 1997. Many coral reefs, for example, have been dying off because of pollution and other human activities. Dr. Costanza and his colleagues estimate that the world’s reefs shrank from 240,000 square miles in 1997 to 108,000 in 2011.

If coral reefs and other ecosystems were still as healthy as they were in 1997, the value of their services today would have been considerably higher: $165.8 trillion.

In other words, deforestation and other damage we’ve inflicted on the natural world has wiped out $23 trillion a year in ecosystem services. To put that loss into perspective, consider that the gross domestic product of the United States is $16.2 trillion.

At best, the $142.7 figure is a rough estimate, but this follow-up work is a good demonstration of why honing in on that number, even roughly, is so important: Understanding what we have makes us more able to understand what we’re losing.