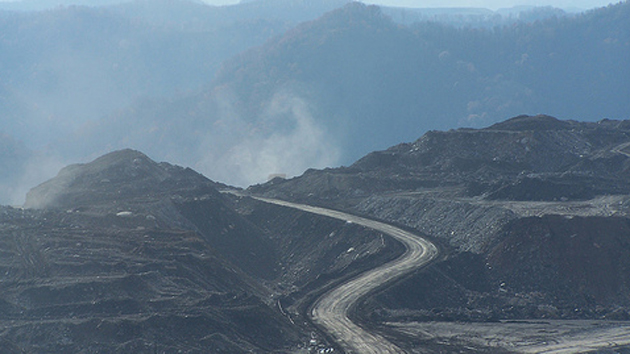 This story was originally published on Grist.

It is common for the coal industry and its conservative allies in politics and media to complain that President Obama is waging a “war on coal.” It is certainly true that the share of American energy that comes from coal is declining. Obama doesn’t actually deserve much of the credit for that. It’s mostly due to the natural gas boom, helped along by the rise of solar and grassroots organizing efforts such as the Sierra Club’s Beyond Coal campaign. Still, Obama is trying to move the energy sector further away from coal in the years ahead through his proposed CO2 regulations for power plants.

But coal extraction keeps chugging along, with much of the coal being exported to Asian countries that are hungry for energy to fuel their growing economies. And a lot of this mining is taking place on federal land. The Bureau of Land Management sells leases to coal companies at far below their market value, and even farther below the cost of their pollution on society. As we’ve previously noted, this is one of the ways the federal government subsidizes fossil fuel production. Such subsidies have actually grown during the Obama administration. Environmentalists say that Obama’s “all of the above” energy policy contradicts his professed commitment to reducing CO2 emissions, and undermines his efforts to do so.

“Leasing Coal, Fueling Climate Change,” a report released on Monday by Greenpeace, attempts to quantify the scope and social costs of federal coal leasing. Here are the most important statistic-filled bits:

The Bureau of Land Management has leased 2.2 billion tons of publicly owned coal during the Obama administration, unlocking 3.9 billion metric tons of carbon pollution. This is equivalent to the annual emissions of over 825 million passenger vehicles, and more than the 3.7 billion tons that was emitted in the entire European Union in 2012. …

A ton of publicly owned coal leased during the Obama administration will, on average, cause damages estimated at between $22 and $237, using the federal government’s social cost of carbon estimates — yet the average price per ton for those coal leases was only $1.03. …

The carbon pollution from publicly owned coal leased during the Obama administration will cause damages estimated at between $52 billion and $530 billion, using the federal government’s social cost of carbon estimates. In contrast, the total amount of revenue generated from those coal leases sales was $2.3 billion. …

The federal coal leasing program is the source of 40% of US coal extraction. One BLM field office in Wyoming recently proposed a plan that estimates new coal leases amounting to 10.2 billion tons, which would unlock an estimated 16.9 billion metric tons of carbon pollution.

Part of the reason for the perception that Obama isn’t a friend to the coal industry is that the new leases are not in historical coal country. They are out West, where the BLM’s holdings are concentrated. All of the federal coal leases since 2009 have been west of the Mississippi, with the majority being in Wyoming’s booming Powder River Basin. The state coming in second is Colorado. This may come as cold comfort to West Virginia and Kentucky Democrats struggling to convince their state’s voters that their party has no anti-coal agenda.

The truth is that Obama has a split personality on coal: He’s trying to get us to burn less of it even while we continue to mine tons of it. Economically and politically, it seems like a win-win for the country: We get to claim that we’ve reduced our carbon footprint because when our coal is burned in China it is counted as their CO2. It’s a lot better for Western states, though, which can mine the coal and transport it to the West Coast for export, than the Midwestern and Appalachian states that rely heavily on burning coal to power their industrial economies.

It’s also a bait-and-switch on climate change. If we produce enough coal on federal land to create the equivalent annual emissions of 825 million cars, we’re not doing the climate any favors by simply getting someone else to burn it. Yes, China will still need to get its electricity from somewhere. But if we left that coal in the ground, constraining global coal supplies, China might find it too expensive to get energy from coal and instead more aggressively build up its renewable sector or find greater energy efficiencies. (And some of this coal is still burned within the U.S., so we’re not entirely off the hook on that charge either.)

What the country actually needs is a price on carbon that reflects the true social and environmental burden of burning fossil fuels. That would make coal prohibitively expensive. Today’s Congress will never go along with that, of course. But what Obama could do, without congressional approval, is determine that it isn’t in the public interest to give away mineral rights for a fraction of their negative cost to society. That’s why Greenpeace is calling for a moratorium on leasing coal on federal lands, followed by a review of the leasing program and an examination of its climate change cost. This is a good idea that should be extended to all fossil fuels on federal property, both land and sea. Just last week, the Bureau of Ocean Energy Management—which, like the BLM, is part of the Department of Interior—announced that it would allow seismic testing off the southern Atlantic coast to search for underwater oil and gas.

This makes no sense if Obama is serious about reducing global CO2 emissions. His administration can’t effectively fight climate change with one hand tied behind its back.