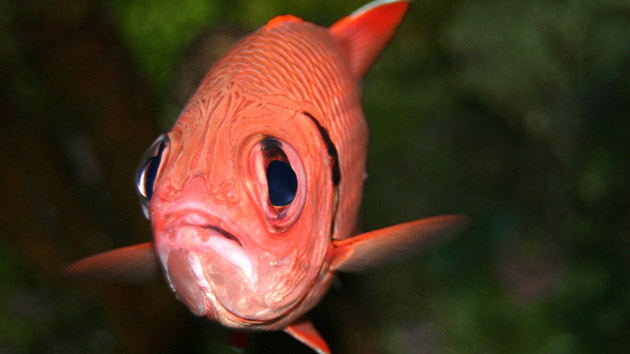 This story originally appeared in City Lab and is republished here as part of the Climate Desk collaboration.

Fish seem like chummy enough creatures, often schooling with fish they’re familiar with to avoid predators and increase the chances of finding a mate. But as carbon dioxide levels rise worldwide, they could lose their ability to recognize each other, in effect becoming “friendless” wanderers who will hang out with just about anybody.

That’s the short version of new research on climate change and fish behavior out of James Cook University in Queensland, Australia. A team led by Lauren Nadler wanted to know how fish will react to ocean acidification caused by more and more human-generated CO2 in the atmosphere. So they created two experimental setups, one with regular ocean water and the other enriched with CO2, and into them dumped a bunch of tropical damselfish. Here’s what those guys look like out on the reef: 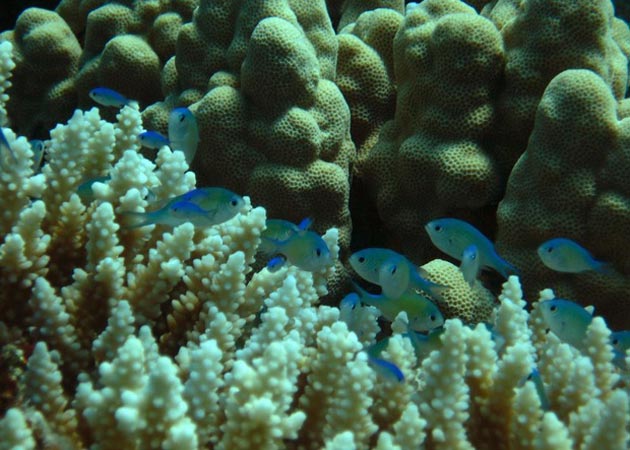 Juvenile damselfish ordinarily take about three weeks to bond to the point that they’ll recognize each other. And that is indeed what happened with the control-environment fish, who later chose to school with their childhood buddies. But in the altered one, which had CO2 levels comparable to what the IPCC estimates for 2100, the fish showed signs of developmental impairment: When put among schools of fish they grew up with and with ones they didn’t, they displayed no preference for hobnobbing with their old tank mates. They’d just as soon swim with strangers.

This odd behavior might be caused by higher concentrations of CO2 altering fish-brain neuroreceptors. “This impairs basic senses, such as sight and smell, which are vital for recognition in fish,” write the researchers. Whatever the cause, losing the ability to find friends spells possible trouble for damselfish, as well as other species more valuable to the international economy, according to the study:

These results could have serious implications for tropical fish, whose habitat is already threatened by climate change. “Familiarity is an important trait for defense, particularly in a predator-rich environment like a coral reef,” says Miss Nadler. “Since half of all fish species in the world school at some point during their lives, including economically important species, these effects could be critical for species that rely on group-living to avoid predators.”

The Australian research adds another clue to the mounting pile of evidence that climate change will rock the ocean in ways we are just beginning to understand. In warmer, more acidic waters, coral reefs lose the ability to regrow themselves, creating problems for millions of species that live among them, and some fish become so anxious they hide in the dark. On what’s perhaps the plus side, having more CO2 in the ocean seems to make certain tropical fish want to have a lot more sex.