Is this the year that voters will finally insist on knowing which supermarket foods contain genetically modified organisms? Activists in Oregon say the momentum is on their side for a GMO labeling initiative on the November ballot. “The electorate in Oregon has a greater awareness of this issue than in other states,” says Sandeep Kaushik, a spokesman for Yes On 92, as the initiative is known. “We are approaching a tipping point.” 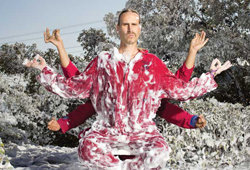 In 2002, Oregon became first state to try and pass a GMO labeling initiative—Measure 27 lost by a margin of more than 2 to 1. But the more recent initiatives in California and Washington suffered far narrower defeats, despite a barrage of attack ads bankrolled by biotech, grocery, and ag conglomerates. Washington’s I-522, the most expensive ballot measure in state history, lost by barely 1 percent—a mere 19,000 votes.

Washington’s I-522, the most expensive ballot measure in state history, lost by barely 1 percent—a mere 19,000 votes

Oregon may now be poised to finish what it started: A poll released in July by Oregon Public Broadcasting put support for GMO labeling at a whopping 77 percent. Even if it wins, Oregon probably won’t be the first state to require disclosure. A labeling bill approved in April by the Vermont Legislature takes effect in 2016, assuming it doesn’t get overturned by a lawsuit. Maine and Connecticut have also passed GMO labeling laws, though they’re contingent upon further regional support. Such laws are common outside the United States, and this year alone, according to Slate, 25 states have proposed 67 pieces of legislation related to GMO labeling. But the Oregon prop (and possibly a similar one in Colorado) would be the first directly enacted by voters—a major PR victory for the movement against GMO foods.

Despite the unpopularity of GMOs with consumers, the debate over their health and environmental impacts is far from settled. While the commercialization of GMOs has triggered few health complaints, long-term studies on the chronic health effects of GMOs have been sparse. The makers of pest- and herbicide-resistant GMO crops claim that they’ve boosted yields* around the world, benefiting farmers and the poor, but GMOs have also spawned chemical resistant “superbugs” and “superweeds.”

The labeling campaigns are designed to bypass the thorny scientific debate by reframing the issue around the consumer’s “right to know.” This idea polls extremely well with voters, but not so well that it can’t be overcome by an avalanche of spending on political ads. For instance, 66 percent of Washington voters supported I-522 in the summer of 2013, yet some $22 million in spending against the measure whittled support down to 49 percent by Election Day. A similar phenomenon is under way in Oregon, where a poll released by a Portland TV station last week showed that voter support for the labeling measure has fallen to 53 percent, with 16 percent undecided.

Oregonians also will decide on a pot legalization initiative, boosting turnout by the young voters who tend to back GMO labeling

Advocates for Oregon’s I-92 remain optimistic, however. While rural areas of Washington and California are strongly opposed to labeling, that’s less the case so far in Oregon, where GMO contamination incidents have angered farmers and two rural counties have banned cultivation of GM crops. The Oregon measure is also well timed: Young voters, who tend to support labeling, didn’t turn out to vote last year in Washington, but Oregonians will cast ballots this year on a pot legalization initiative, which is seen as a potential magnet for the non-AARP crowd. Anti-GMO activists, for the first time, are also funding a registration drive to target young voters.

For now, at least, I-92’s backers have raised more money than its opponents, but nobody expects that advantage to last. In Washington, the anti-GMO crowd was outspent 3 to 1, and the chasm would have been even wider were it not for the heavy involvement of a few organics companies, notably Dr. Bronner’s Magic Soaps, which is shoveling money at the Oregon effort.

Unlike its opponents in Big Food and Ag, Dr. Bronner’s hasn’t entered the fight to retain its own bottom line, at least not directly—GMOs don’t play much of a role in the soap business. Yet the company has become a fascinating model for how genuine corporate activism can increase sales and create a fiercely loyal customer base, as I noted last year in a profile of David Bronner, the family business’ idealistic, third-generation CEO. About half of Dr. Bronner’s profits go towards activism. “If we are not maxed out and pushing our organization to the limit,” he asked me at the time, “then what are we doing?”

UPDATE: Tom Philpott tells me that the claim that GMOs boost crop yields is still disputed by some scientists